NASA’s Mars rover, Perseverance, deposited its first sample of rocks on the Red Planet’s surface Wednesday for an eventual return to Earth. 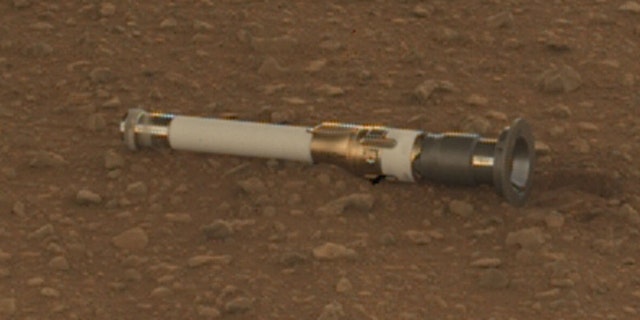 The first deposit dropped by Perseverance on the Martian surface.
(NASA/JPL-Caltech)

The deposit is one of more than a dozen tubes that will be placed at the location – dubbed “Three Forks” – over the next two months.

The sample, NASA says, will serve as a backup if the rover can’t deliver its sample. In that scenario, Sample Recovery Helicopters will be deployed to finish the job.

“Seeing our first sample on the ground is a great capstone to our prime mission period, which ends on Jan. 6,” Rick Welch, Perseverance’s deputy project manager at JPL, said in a statement. “It’s a nice alignment that, just as we’re starting our cache, we’re also closing this first chapter of the mission.”