In an epic final, Novak Djokovic wins first title in Australia since his deportation last year 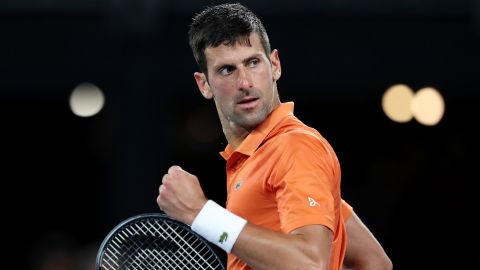 Novak Djokovic is preparing for the Australian Open.

Twelve months after he was deported from the country, Novak Djokovic is back in Australia, winning titles and preparing for the Australian Open.

Djokovic won his first title in Australia since last year’s deportation, defeating American Sebastian Korda in an epic three-setter final 6-7(8) 7-6(3) 6-4 at the Adelaide International on Sunday.

Facing a championship point at 5-6 in the second set, it seemed that the Serb would succumb to a shock defeat to the world No. 33.

He had appeared visibly frustrated after Korda had won the first set, shouting and gesturing at his players’ box.

“I’d like to thank my team for handling me, tolerating me in the good and bad times today,” Djokovic said afterwards, according to Sky Sports. “I’m sure they didn’t have such a blast with me going back and forth with them, but I appreciate them being here.”

But the experience of the 21-time grand slam winner showed, and he fought back from championship point to take the second set in a tiebreak and wrap up the title in the third. 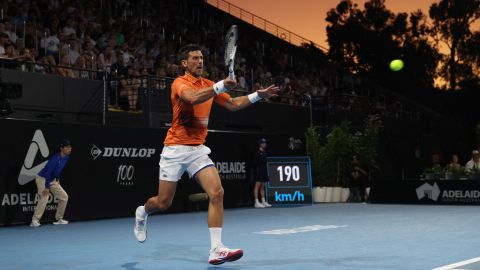 The victory was Djokovic’s 92nd tour-level trophy, equaling Rafael Nadal’s haul for the fourth-most singles titles in the Open Era, behind only Jimmy Connors (109), Roger Federer (103) and Ivan Lendl (94)

“It’s been an amazing week and you guys made it even more special. For me to be standing here is a gift, definitely,” Djokovic told the crowd afterwards, according to the ATP website. “I gave it all today and throughout the week in order to be able to get my hands on the trophy.

“The support that I’ve been getting in the past 10 days is something that I don’t think I’ve experienced too many times in my life, so thank you so much [to] everyone for coming out every single match.”

It provides Djokovic with the perfect platform to launch his Australian Open campaign, where he is seeking to win his 10th title as well as equal the men’s record of grand slam titles, currently set by Nadal at 22.

The Australian Open begins on January 16 in Melbourne.