Kevin Costner is usually private about his family and home life, but the “Yellowstone” star gave fans a glimpse at what goes on behind the scenes as he revealed why he missed the 2023 Golden Globes.

Costner, 67, and wife Christine Baumgartner, 48, were noticeably absent from the Golden Globes ceremony Tuesday night, and it was due to the ongoing flooding in California.

“Yesterday we had to pull the kids out of school in Santa Barbara,” the actor shared in the video. “This is the second time in five years that the freeway has flooded out, we found ourselves on the wrong side of the town, and we couldn’t get back last night. Nobody’s sadder than us that we can’t be there at the Golden Globes. Chris had a beautiful dress, I was looking forward to walking down the red carpet with her.” 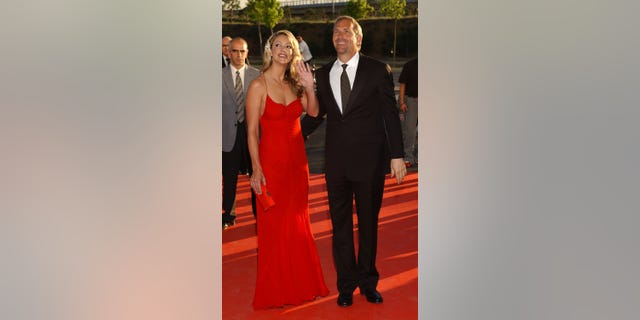 Kevin Costner and his wife Christine Baumgartner at the opening of the new "Porcelanosa" Store on May 5, 2005 in Madrid.
(Getty Images)

Costner continued with an apology.

“I’m just so sorry that I can’t be there. I really wanted to, I know how bad Chris wanted to support me,” Costner said. “She went out and bought me some gold and yellow and black and silver balloons so we’re going to sit at the television and see what happens.” 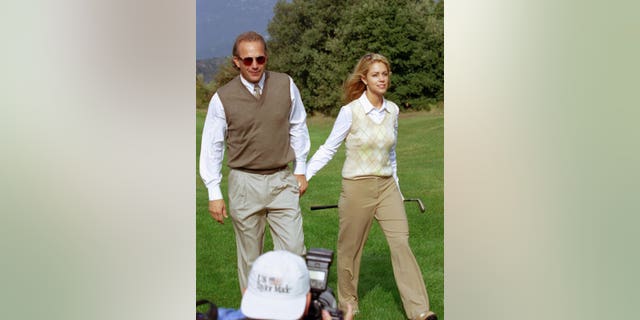 The couple has been together since 1998. Here’s what to know about Christine Baumgartner: 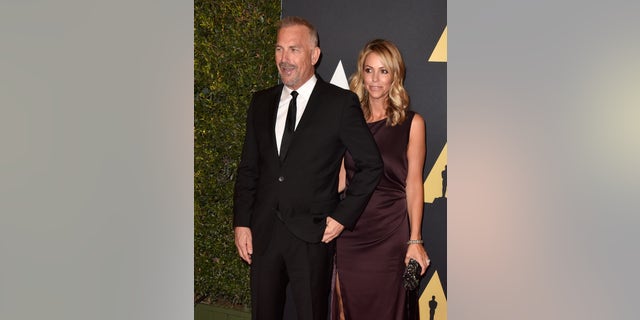 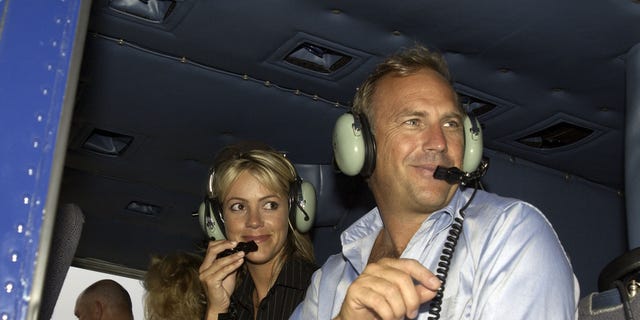 Christine Baumgartner and Kevin Costner got engaged in 2003.
(Getty Images)

The mother of three shared how she got her start in an interview with The Denver Post in 2005.

“When I came up with some samples, I showed them to Kevin, and he said they were beautiful and amazing,” she recalled. “He told me I should take it to the next step and he’d help me. I’ve always loved fashion and style, and if you can mix it with function, it’s perfect.” 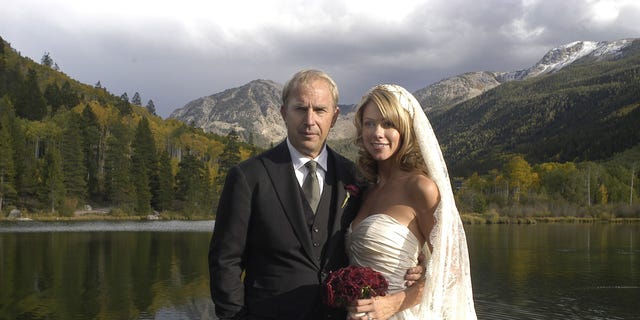 Costner and Baumgartner announced their engagement in June 2003 after they began dating in 1998.

The two ran into each other at a restaurant after meeting a few years prior and began dating.

“We exchanged numbers, and I told her that I would – did she mind if I called her in two weeks. I did not realize that was like an insult to a woman,” he told People magazine in 2003.

The two tied the knot in September 2004 at Costner’s 165-acre ranch near Aspen, Colorado. 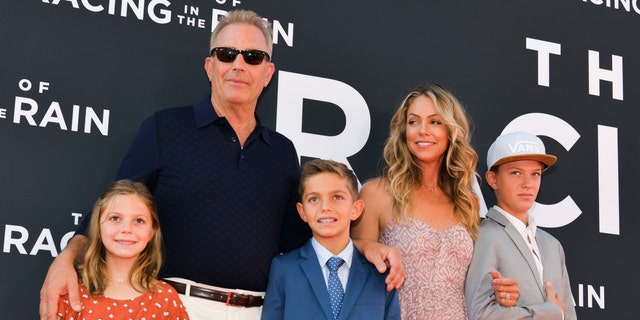 While Costner is father to seven children, he shares three of them with Baumgartner. The two are parents to teenagers Cayden Wyatt, Logan Hayes and Grace Avery.

Costner has shared what his home life is like when he is not making movies.

“I work as a provider. I’m a father and I’m a husband, but the world doesn’t revolve around me,” the actor previously told People magazine. “When I’m not making a movie, I’m living and on the freeway with my wife, getting the kids to their stuff or I’m waiting for them to come out of a party. I’m just twiddling my thumbs.”

Kevin Costner and Christine Baumgartner faced obstacles before getting married 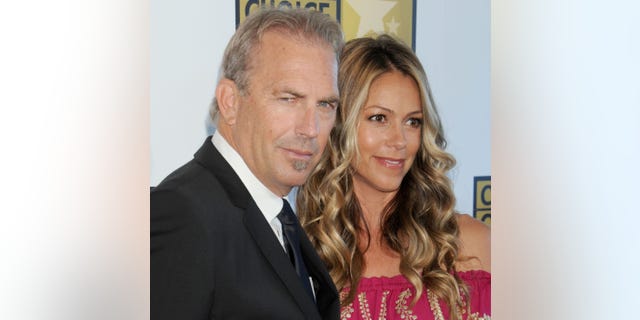 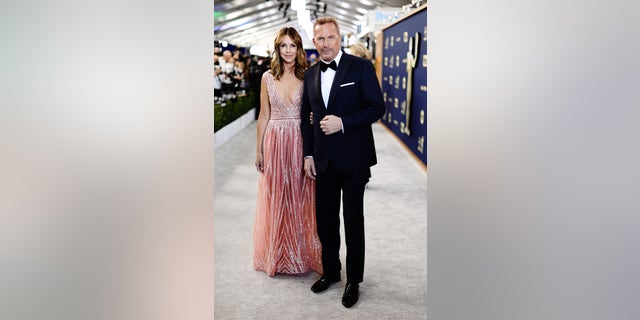 Despite having three children together, there was a point in time when Costner was not sure he wanted to have more kids.

Before the two got married, Baumgartner gave Costner an ultimatum.

“Fear kept me from marrying Christine,” the actor admitted during an interview with Closer Weekly in 2018. “[She] wanted a child, but I was afraid I couldn’t be an effective father.”

“I woke up and thought, ‘Am I going to lose a beautiful woman who is willing to be with me to my very last breath because I am afraid to say yes to a child?’ That’s all it took. Sometimes you learn the thing you’re most afraid of will save your life.” 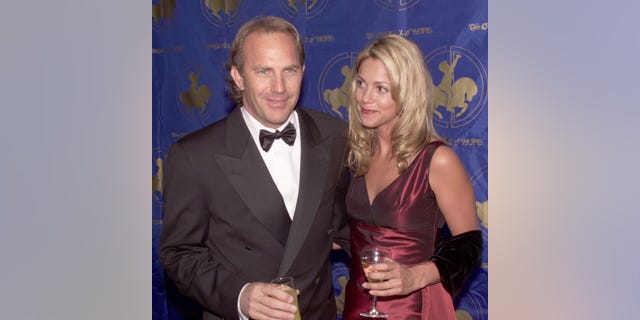 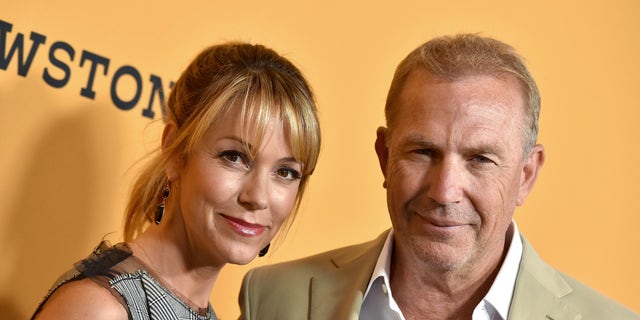 Costner, Baumgartner and their children live in a roughly 10.25-acre property a few miles outside of Santa Barbara in Carpinteria.

The actor listed the home in 2017 for $60 million, but records show the property never sold.

“It turns out I have more than I could ever dream of. This is a place that spoke out loud to me. To be on the water with my children and my wife,” Costner previously told Visit California about his home.

The “Dances with Wolves” actor did not originally care for Santa Barbara saying, “I knew about Santa Barbara when I was a kid, I used to actually hate Santa Barbara because I lived in a town next to it called Ventura, so we played them in sports… One day I kind of got past that and thought what a great place to live.” 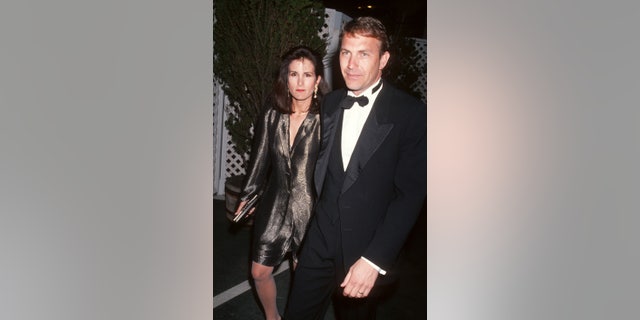 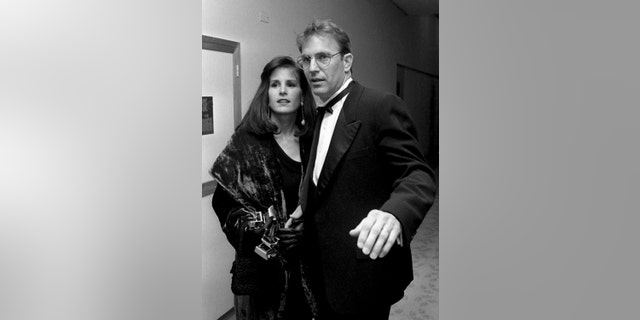 Kevin Costner and Cindy Silva were married for 16 years before divorcing in 1994.
(Getty Images)

Before his marriage to Baumgartner, Costner was married to Cindy Silva.

Costner and Baumgartner first met while he was still married to Silva. The two ran into each other on the set of “Tin Cup” in 1996.

The western actor later revealed that his divorce was “a huge loss.”

“My faith was shaken,” he told The Hollywood Reporter in 2012. “No one wants their marriage to end, and it did. You are going to see the people you love most, your children, only half as much. That’s a huge loss.”

He reportedly paid Silva a settlement of $80 million, according to Forbes. The outlet reported that Costner’s success at the time of the couple’s marriage contributed to the settlement number.