Electronic duo The Chainsmokers revealed intimate details about their personal lives, recounting the times they’ve had threesomes together.

The Grammy Award-winning group, which includes 37-year-old Alex Pall and 33-year-old Andrew “Drew” Taggart, has evolved since its inception in 2012.

“We used to have to share hotel rooms,” he said. “We’d be in Europe. They’d have the two beds – they don’t even split them apart, you know what I mean? They’d literally have two singles… it’s almost by force, like we were forced to be in that scenario,” he joked. 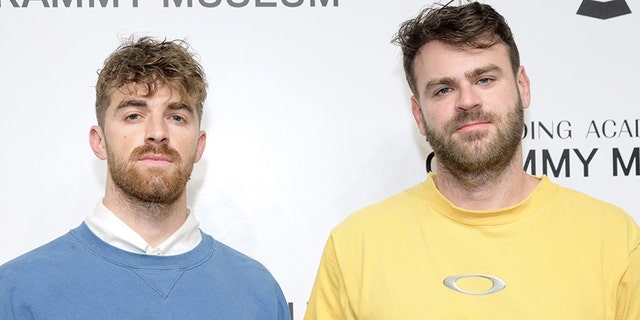 In a conversation with Alex Cooper on the "Call Her Daddy" podcast, The Chainsmokers, Drew and Alex, revealed they have had threesomes together.
(Rebecca Sapp/Getty Images for The Recording Academy)

At the time, Pall says the men were relatively shocked it happened.

“I think we were just like what the f— just happened…. They were never planned, you know what I mean?” 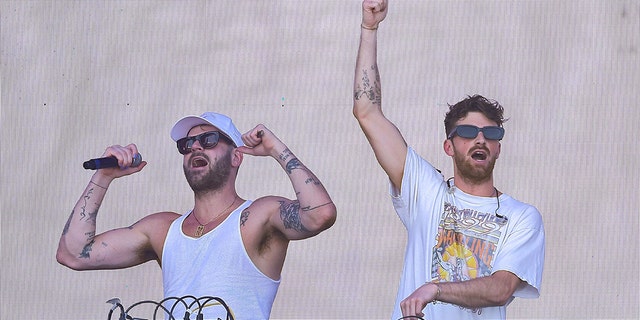 The electronic duo admitted having threesomes together earlier in their career was "weird."
(Arturo Holmes)

“I feel like that’s how threesomes happen,” Taggart added.

Today, both men are happy in relationships; Taggart has been in one for a few months while Pall has been dating the same girl for 3.5 years.

Discussing the changes they’ve seen in themselves since the start of their career, Taggart says, “I’ve calmed down a lot.” 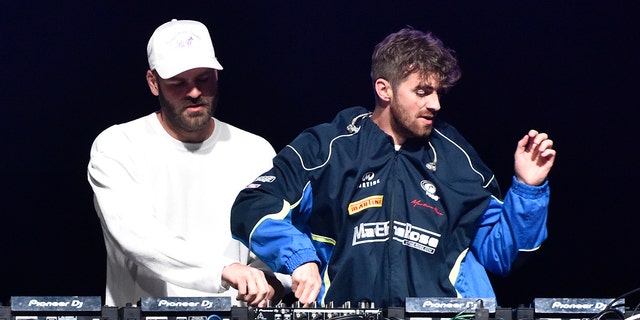 Both Alex Pall and Drew Taggart discussed the changes they’ve made since starting The Chainsmokers.
(Tim Mosenfelder)

“I used to be hyper insecure, and I still have insecurities – but so much so that it like, drove me. I’m almost thankful for it,” noting he was chasing fame at a younger age.

Meanwhile, Pall is proud of the growth he’s demonstrated. “I’m super proud of like, the things we have accomplished over the years. And it just really motivates me to want to like, just push it further and further.”