Xbox, You’re Better Than This 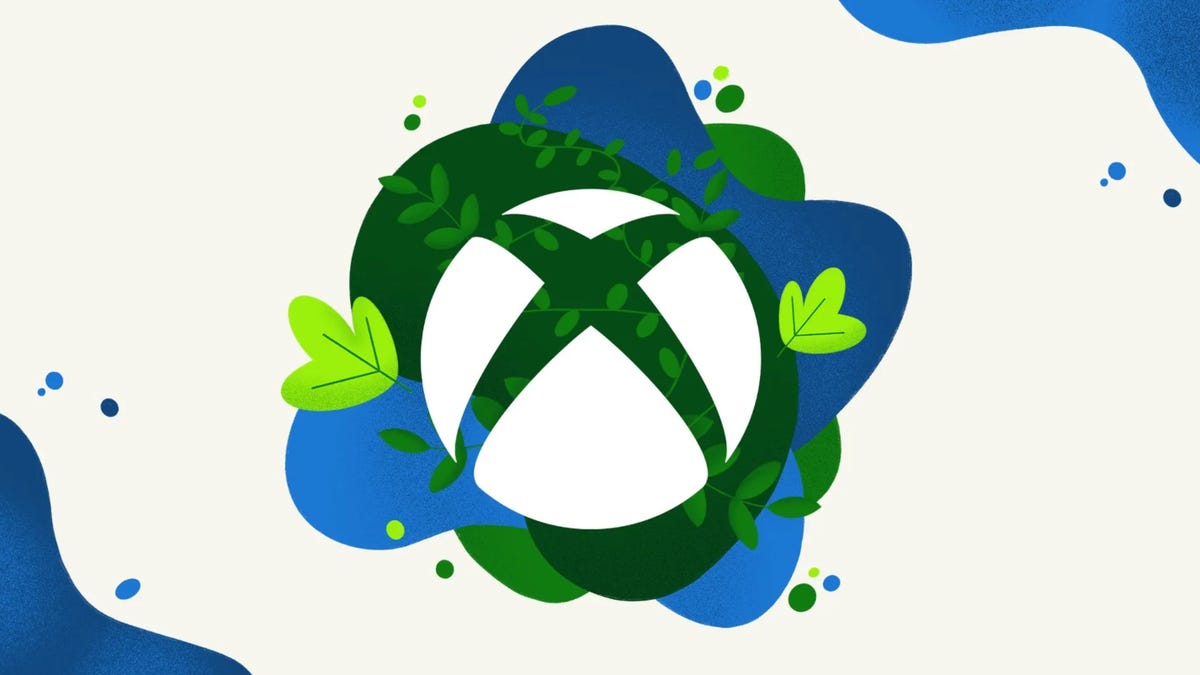 Xbox’s latest update is a welcome development but it doesn’t square with some of its other initiatives.
Microsoft/Xbox Wire

The biggest video game companies in the world have, in the last few years, been taking more and more responsibility for their impact on the environment. Microsoft and Xbox have often led the way, setting ambitious targets and touting a commitment to change via snappy press releases.

On Wednesday, the latest release saw Xbox announce a dramatic change to the power-saving options on the Xbox Series S and X consoles. The change, which will soon be rolled out to all Xbox owners, promises to update games, apps and the OS “when it can use the most renewable energy in your local grid.” Microsoft introduced the same feature for Windows Update on Windows 11 PCs in March last year.

Microsoft says that makes them the first gaming consoles to offer “carbon aware game downloads and updates.” It says the feature is “actively enabled” in places where its partners, Electricity Maps and WattTime, can get electricity grid data. Those companies provide live readouts of the energy mix and, in theory at least, can provide the perfect time to download updates when more renewable energy is being used.

That’s all well and good — a carbon-aware console is a development welcomed by climate experts. But taking a more holistic look at Xbox’s activities, it’s difficult to square this new initiative with other elements of its business that appear to actively go against its environmental goals.

In December, Xbox unveiled a “mini controller hoodie,” a garment that slips over your Xbox controller to keep it cozy during the cold months, or something like that. It was seized upon by the gaming press and, weirdly, lauded.

Australia’s Press Start called the hoodies “absolutely adorable” even though they don’t make much sense in Australia, where December means summer. Kotaku was a little more perplexed by their arrival. PCMag rightly offered other things to spend your money on. We even covered the announcement here on CNET, with a mix of amusement and slight incredulity.

Within hours, the first batch had sold out. If you want to grab one now, you’ll have to preorder and wait until March or April.

The mini hoodies are made from 100% polyester and are, from what I can tell, 100% pointless. The hoodie is designed to sit over your controller, a device that does not have the neural connections to feel any change in temperature. It also doesn’t have a head, which forms at least 30% of the reason to put on a hoodie. This is a product that, I assume, costs basically nothing to manufacture and provides zero enrichment beyond a cheeky LOL. 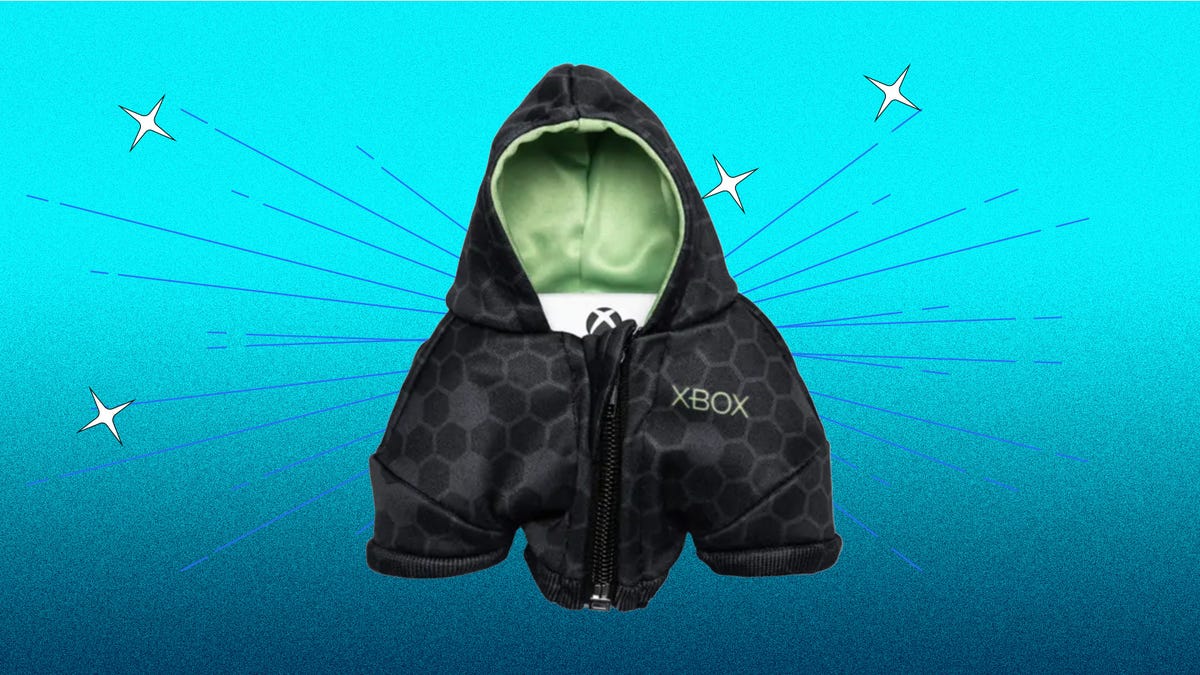 And I get it. This is part-marketing stunt, part-gag. I don’t want to take away your gamer gear if this is something you truly want in your life. Nor do I want Xbox merch to be thrown into a firepit. At least a T-shirt has its uses! What gets lost in making this junk is that it just doesn’t vibe with Microsoft’s overall lofty and well-intentioned environmental goals.

Microsoft has made pledges to cut carbon emissions in recent years, announcing an ambitious target of being carbon negative by 2030 and, by 2050, removing its historical carbon emissions. It seems — superficially at least — to be doing a decent job of taking responsibility for its emissions and harm to the planet, especially when you compare its pledges to direct competitors in the video game space like Sony and Nintendo.

Xbox forms a key part of the carbon-negative strategy, and important strides have been made. The brand has improved its consoles’ energy-saving modes and reduced plastic in its gift cards. It’s also using more recycled resins in its controllers without compromising on quality and durability. A chief goal, Xbox said in revealing the carbon-aware consoles, is to achieve “zero waste” by 2030. These goals are related to its “direct business,” but when you commit to doing good for the environment by developing new ways to reduce carbon emissions in your consoles, it doesn’t make much sense to also sell products working against those goals.

It’s kind of like Greenpeace revealing that, every now and then, they like to eat some minke whale.

Polyester is a type of plastic, a synthetic fiber usually derived from oil, that does not break down easily. It can stay in landfill for several decades. Depending on where it comes from, the carbon emissions can be monstrous. And when you wash polyester clothing in your washing machine, microfibers are released that can end up in waterways. It’s also kind of difficult to recycle because you have to remove things like zippers and threads.

In short, a useless controller hoodie made in 2022 could persist in the environment well beyond 2030 and, perhaps, even beyond 2050 depending on how it’s disposed of. You could be cozying up around the fire on Christmas Day in 2040 just before ingesting these hoodie fibers in the fish you serve up! Great! 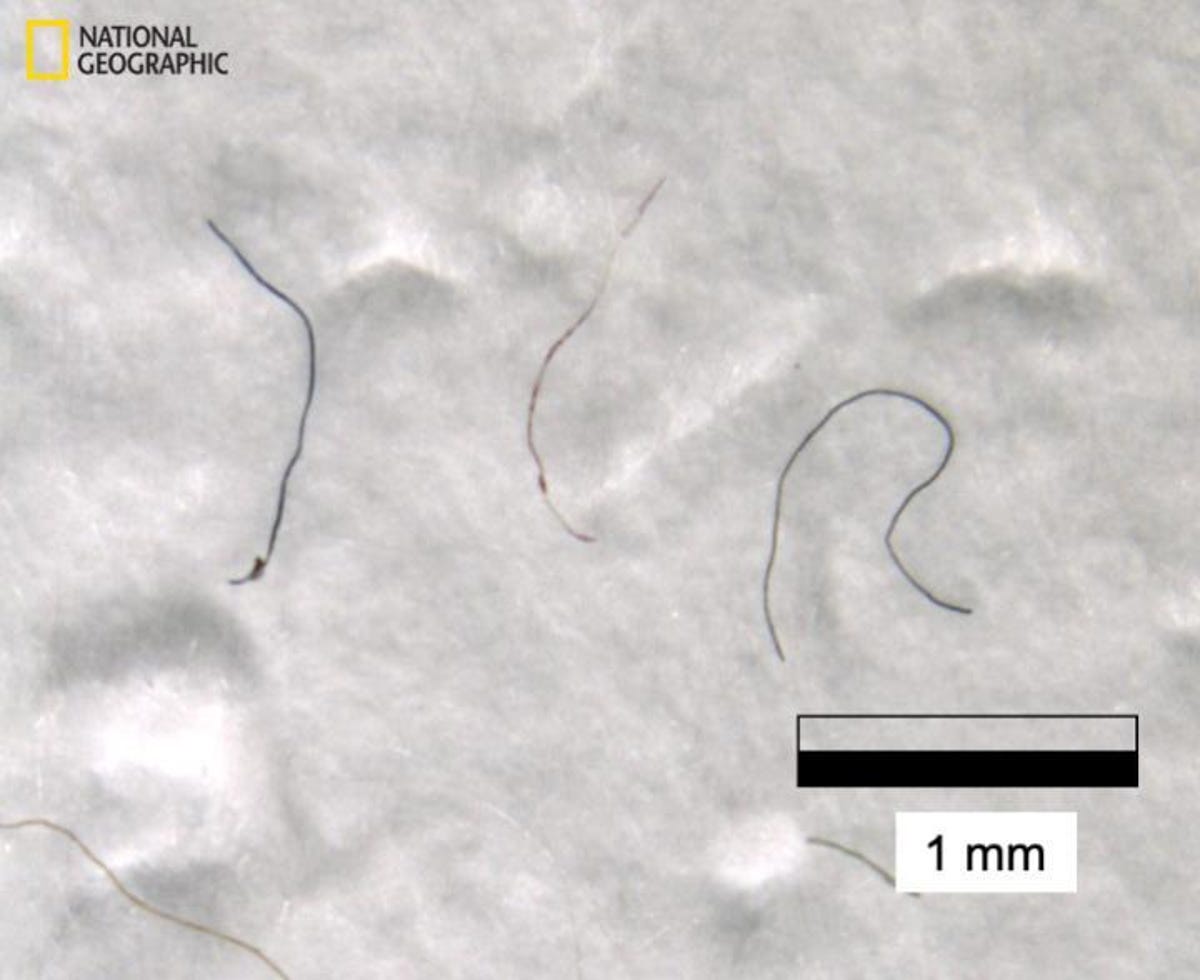 These microplastic fibers were found in snow samples collected by the National Geographic and Rolex Perpetual Planet Everest Expedition.

The plastics issue is a serious one. The world is drowning in the stuff. About half a million tons of plastic microfibers end up in the ocean each year, according to a 2017 report. Microplastics are also being found in some of Earth’s farthest reaches. Earlier this year, scientists revealed a motherlode of microplastics in the Antarctic. Earlier studies have found them floating through the once-pristine air of the Pyrenees and at the top of Mount Everest.

Making matters worse is the fact we can’t even get a handle on the best way to recycle plastics once we’ve put them out in the world — there are many kinds we aren’t recycling and knowing which ones can be recycled and where that happens is a constant struggle, too.

I asked Xbox exactly what it hoped to achieve with these hoodies? What is their purpose? How many have been sold and why did Microsoft choose polyester? Is this virgin polyester or recycled? Where did it come from?

Xbox did not respond to my request for comment.

I want to celebrate Xbox’s wins, especially when it comes to environmental and sustainability initiatives because. I believe in its desire to build a games industry conscious of its role in mitigating and addressing the problem of climate change. So, on the one hand, it should be commended for creating the first carbon-aware console. On the other hand, controller hoodies. How can we take the first seriously, when the latter is a real thing that exists?

And the cruelest irony of all? A controller hoodie is somehow even more irrelevant in a warming world.