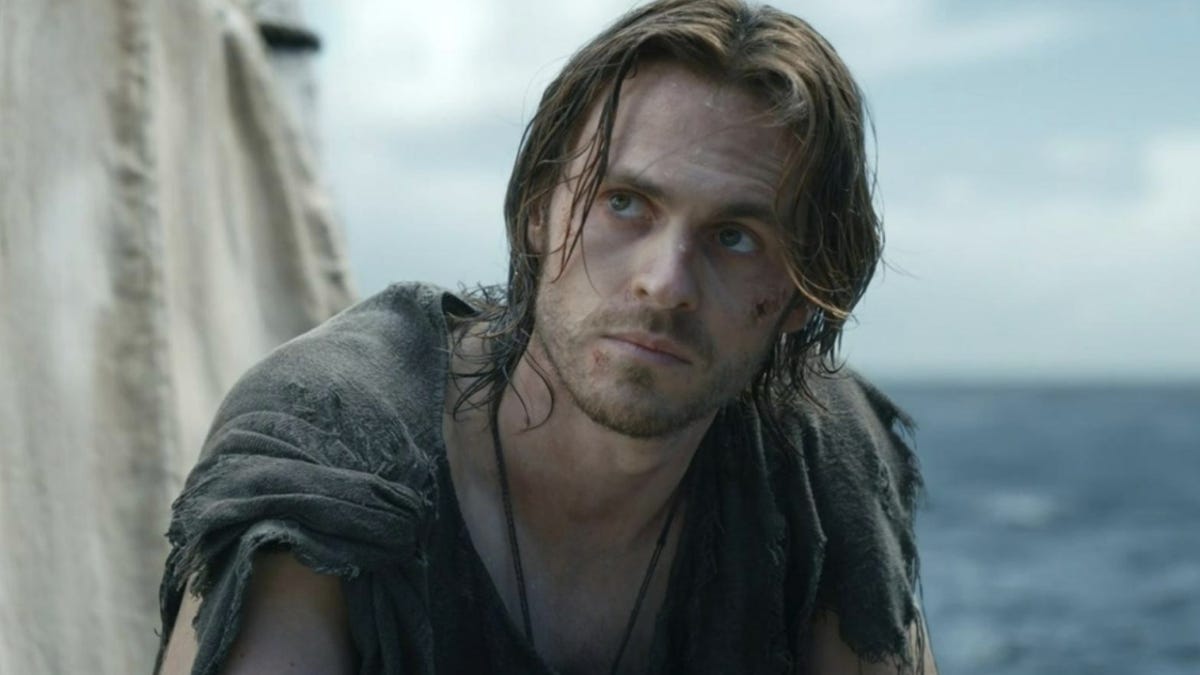 Warning: This story contains all of the details of the big twist at the end of The Lord of the Rings: Rings of Power. Click away if you don’t want to be spoiled.

Amazon’s The Lord of the Rings: The Rings of Power has been building up to this moment for weeks: the reveal that Halbrand (Charlie Vickers), which the show presented as an Aragorn-like leader of men and the last rightful king of the Southlands, was actually J.R.R. Tolkien’s big bad himself, Sauron. It’s a massive game-changing twist that forces viewers to reexamine every episode in the series to see the little hints and clues dropped throughout.

At least, that’s what the showrunners were hoping for.

In reality, when Halbrand confirms his identity to Galadriel (Morfydd Clark), it’s likely many viewers — particularly the astute ones — passively accepted a foregone conclusion. Many people figured out the twist long before this week’s finale, and even if you didn’t quite connect the dots, there was enough chatter on the internet that anyone with a passing interest in the show likely ran into the popular fan theory. (For the full recap, read my colleague Erin Carson’s explanation of the Rings of Power season 1 ending.)

Had this twist played out in the era of network television, without the aid of the internet and a community of eagle-eyed viewers to share and spread their theories on YouTube, TikTok, Twitter and more, the conclusion of Rings of Power would’ve been far more impactful.

Now, it elicits an uninterested shrug.

what are we gonna do when we find out this guy is sauron pic.twitter.com/cuTBmXzUYz

Rings of Power marks just the latest reminder that it’s getting harder for television shows to surprise anyone — think Jon Snow in Game of Thrones — especially in the age of streaming and hypercritical audiences. It’s also a warning to showrunners of the risks that come from hanging your show’s season on some big twist. Fans catching on too early deflates any chance you’d be able to shock and delight your audience.

This is particularly the case when a show drops an episode per week, as Rings of Power did. It’s easier to conceal a twist when you release every episode at once, like Netflix does, since you’re less likely to pick up on clues and discuss them when binging. Having a week in between episodes allows people to slow down, analyze and share their theories.

In Rings of Power’s case, the twist, had it actually surprised anyone, could’ve redeemed what was an uneven season. While only eight episodes, the show moved at a glacial pace, dotting between plotlines of varying quality and interest.

At best, it was a lesser version of Peter Jackson’s original Lord of the Rings trilogy, particularly the bromance between Elrond (Robert Aramayo) and Prince Durin IV (Owain Arthur). At worst, it was flat out sleep-inducing. I couldn’t stay awake for some of the early episodes, even for the ones set in the beautiful, but oddly soulless Númenor set pieces.

More on Rings of Power

The show picked up steam toward the end and really peaked with the sixth episode, which had its own medium-sized twist with the eruption of Mount Doom and the creation of Mordor (which the show had to literally spell out with a title card that seemed to suggest little faith in its viewers). That twist had also been building in the background in earlier episodes, but was more subtly laid out than the hints about Sauron.

The Sauron talk began with the premiere, when the show introduced The Stranger in a spectacularly fiery way. Sure, the smart speculation fell to Gandalf or some other wizard. But there was enough online chatter about the character being Sauron that it served as a red herring. Unlike the Mount Doom twist, Rings of Power courted the Sauron speculation from the get-go.

The situation reminds me a lot of Star Trek: Discovery, another show built on a well-established franchise for the purposes of driving audiences to a streaming service. STAR TREK SPOILER WARNING: The Paramount Plus show built its debut season around a big twist, that Ash Tyler (Shazad Latif), a human Federation officer and love interest to main character Michael Burnham (Sonequa Martin-Green), was actually a Klingon double agent.

Watch The Rings of Power on Amazon Prime Video

This was another scenario where hard-core fans figured out the twist ahead of time, dampening any potential impact. Aside from the twists, the season was met with mixed reactions. The good news: Discovery’s showrunners adapted in later seasons, steadily improving and moving away from that ONE. BIG. TWIST.

Which is where I hope Rings of Power goes. The reveal of Vickers’ character as Sauron opens the door to a more human interpretation of the character, something we didn’t see in Jackson’s six films. And Galadriel’s close brush with Sauron should provide interesting wrinkles in her arc in season 2.

But the savviness of fans and our ability to widely and instantaneously connect with each other means the showrunners better be really, really clever when it comes to hiding those twists. It’s certainly possible — The Good Place is a perfect example, although it didn’t have the scrutiny of a big franchise property. Better yet, just forgo the twists altogether. Rather than a big reveal, I’d appreciate it if they could create a more consistently compelling show.

After this uneven first season, that might be the biggest shocker of them all.