Tom Arnold is giving fans a glimpse into his health journey after he “cheated death” and lost 80 pounds.

The comedian got candid in an all-encompassing interview with Men’s Health for its January/February cover story. Arnold opened up about having a mini-stroke in January 2022 and how he switched up his lifestyle after the traumatic incident.

After the 63-year-old actor noticed the vision in his right eye went dark, he drove himself to the doctor’s office to get it checked out the following morning.

Arnold recalled the moment and explained he could feel a “weird” pain in his brain.

The UCLA medical center immediately advised Arnold to enter himself to the 24-hour stroke protocol.

“Hearing ‘You had a stroke,’ it puts you in a dark place,” Arnold remarked. “It shakes you.” 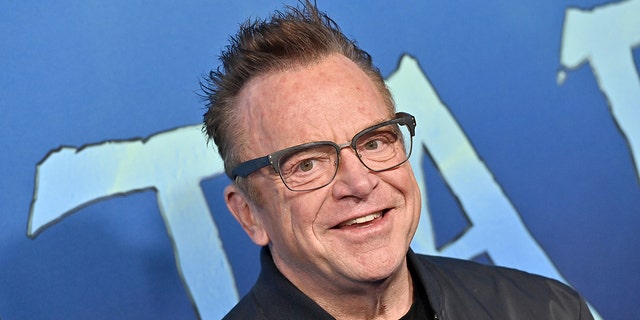 Tom Arnold opens up about how he lost 80 pounds and changed his lifestyle.
(Getty Images)

Doctors ran several tests and determined Arnold “suffered an ischemic attack, blocking blood to part of his brain, categorized as level 1 on the NIH Stroke Scale.”

TOM ARNOLD SAYS HE WAS LATE ‘SATURDAY NIGHT LIVE’ STAR CHRIS FARLEY’S SOBER SPONSOR: ‘HE HAD TOO MUCH FUN’

“What have I done to myself? I’ve let myself go,” he recalled.

Arnold added another reason he wanted to switch up his health routine was for his two young kids since he’s a single father. 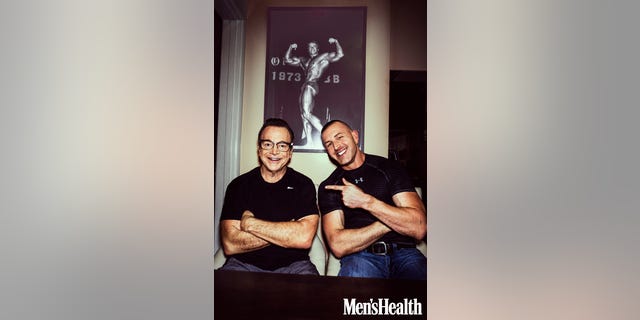 Tom Arnold said he gained a renewed sense of awareness, accountability, and affirmation with the help of his life and weight-loss coach, Charles D’Angelo.
(Jon W Johnson for Men’s Health)

For the next nine months, Arnold got to work with the help of weight-loss and motivational coach Charles D’Angelo, who he met through his friend and “True Lies” co-star Arnold Schwarzenegger.

After working with D’Angelo, he had a consistent health routine.

Arnold revealed he burned approximately 1,000 active calories per day. His workouts included cardio, using an elliptical trainer, and a recumbent bike, according to the media outlet.

He also started a calorie-restricted diet that includes a protein shake in the morning and eating every three hours varying from “turkey-on-whole wheat sandwiches” and “eight to 10 ounces of skinless grilled chicken breast with steamed broccoli.” 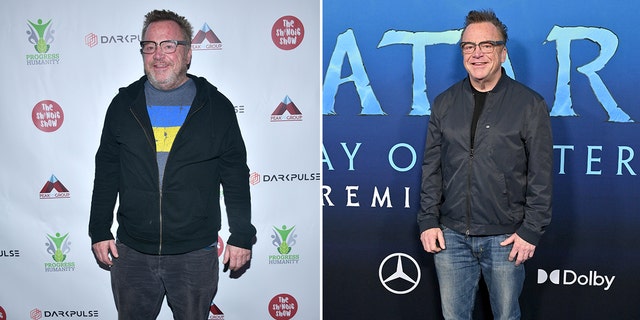 He reflected on his weight loss journey to Men’s Health, saying he’s gained “a renewed sense of awareness, accountability and affirmation.”

The comedian was proud of his work progress and said he didn’t recognize himself in the mirror at times after his transformation.

Arnold said his goal was to get down to the weight he was when he did “True Lies” in 1994, a goal he surpassed.

His friend Schwarzenegger was stunned by his results, telling Arnold, “You look amazing” – then announcing, “We’re doing a bike ride tomorrow!” 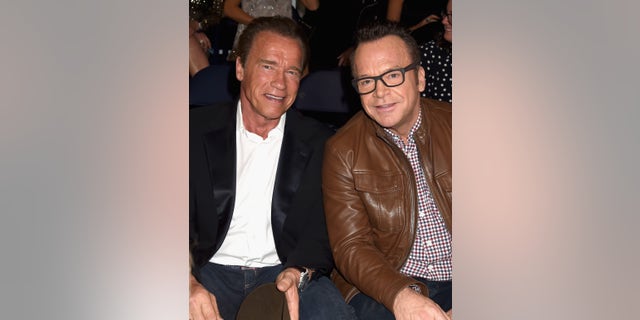 Arnold admitted the validation helps him stay on track, but joked, “I’ve already worked out with Arnold Schwarzenegger. I mean, it’s all downhill from here.” Adding, “I’ve also seen him naked in the shower. It’s intimidating.”

Throughout it all, Arnold consistently reminded himself that this health journey was only dedicated to one person.