During Grint’s recent appearance on “The Tonight Show Starring Jimmy Fallon,” he was asked by the talk show host what his daughter likes. Grint shared some common interests his daughter has and a more unconventional “obsession” she has with Target.

“I mean the big one is Target. She is obsessed with Target,” he explained. “She’d choose that over going to the park, or zoo. But she loves going to different Targets and seeing how the layout is kind of slightly different.”

Rupert Grint, left, talked with Jimmy Fallon about the mini target he built for his daughter Wednesday since she is "obsessed" with the store.
(Todd Owyoung/NBC via Getty Images)

“Sometimes she doesn’t buy anything, she just wants to kind of browse,” The “Harry Potter” actor joked. “The toy aisle is definitely a draw, but she’s more into lip balm, to be fair.”

Grint, whose home base is the United Kingdom, shared that his daughter spent a lot of time in the United States, specifically Philadelphia where he filmed his television show, “Servant.”

“She’s struggling a little bit with adjusting to U.K. life. She spent most of her time in America, so she’s missing some cultural things,” Grint explained.

Rupert Grint’s young daughter spent a lot of time in America, since that was where he filmed his television show "Servant" before going back to the U.K.
(Cindy Ord/Getty Images)

Since there are no Targets in the U.K., Grint took it upon himself to build a mini target for his daughter, which comes equipped with gift cards, a credit card reader and a small conveyor belt for scanning.

“I think I’ve definitely captured the essence,” Grint said of his at home target display.

“It was one of the most difficult conversations, telling her she lives in a country that doesn’t have Target,” he said. “I’ve shown her our kind of equivalent, but it doesn’t hold up.” 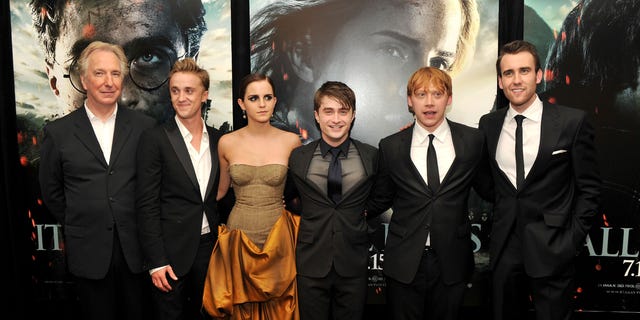 Grint shares his daughter with English actress Georgia Groome who played Georgia Nicolson in “Angus, Thongs and Perfect Snogging.” Grint is known for his role of Ron Weasley in the “Harry Potter” franchise.

The two welcomed their daughter in May 2020 after they had begun dating in 2011.