The Fight Against Biodiversity Loss Gets a Win at UN Conference 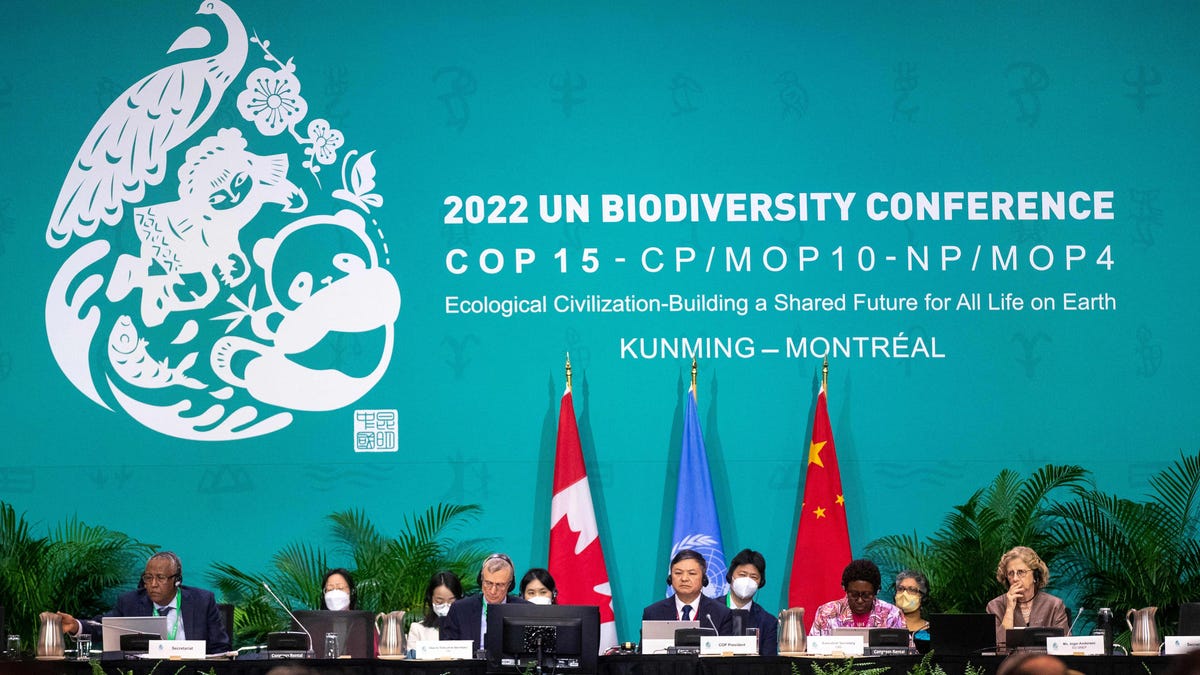 Representatives from China and the UN at the 2022 UN Biodiversity Conference (COP15) in Montreal, Canada.
Lars Hagberg / Getty Images

This year’s UN Biodiversity Conference in Montreal, known as COP15, produced a deal that represents a significant effort by countries to protect critical lands and waters aiming to halt and reverse biodiversity loss.

“We have in our hands a package which I think can guide us as we all work together to halt and reverse biodiversity loss and put biodiversity on the path to recovery for the benefit of all people in the world,” said Chinese Environment Minister Huang Runqiu, as reported by the Associated Press. “We can be truly proud.”

China holds the presidency at COP15. The conference, billed by scientists as an event that would “determine the fate of the living world,” was scheduled to be held in Kunming but had to be moved due to COVID-19 concerns.

The new agreement, known as the Kunming-Montreal Global Biodiversity Framework (GBF), contains a commitment to protect 30% of land and water for biodiversity by 2030, also known as 30 by 30. The previous targets, set in Aichi in 2010, were to protect 17% of land and 10% of marine areas. Many governments failed to achieve these targets.

The biodiversity deal also seeks to raise $200 billion by 2030 and change other subsidies that could provide an additional $500 billion. The framework also calls for raising $20 billion annually by 2025 with funds going to poor countries. Funds would increase to $30 billion annually each year by 2030.

“Many of us wanted more things in the text and more ambition, but we got an ambitious package,” said Steven Guilbeault, Canada’s minister of environment and climate change, according to the AP. He said he was surprised that 30 by 30 was signed in Montreal. “We have an agreement to halt and reverse biodiversity loss, to work on restoration, to reduce the use of pesticides. This is tremendous progress.”

The progress did not come without difficulty. Questions around funding created a heated final day of negotiations, which saw an objection by the Democratic Republic of Congo to adopting the framework. The DRC had hoped a new fund for biodiversity would be created to support biodiversity and conservation efforts. The Chinese president of COP15 appeared to force the agreement through during final negotiations, according to The Guardian.

The deal at COP15 follows another historic deal, signed at the climate-focused COP27 in Egypt last month. The COP27 deal would compensate poor and developing countries, those often afflicted by the worst impacts of climate change — although they contribute the least to global warming — with money to better prepare and defend themselves. That came amid the continuing effort to get countries to act more quickly to mitigate their carbon output and switch to renewable energy sources.

Hurricanes and droughts don’t just affect humans. A 2020 study said that almost half of the globe’s animal and plant species could be extinct by 2070. Humans depend on 50,000 wild species for food, fuel and income. And with the global population now at 8 billion people, protecting biodiversity will be critical for survival.