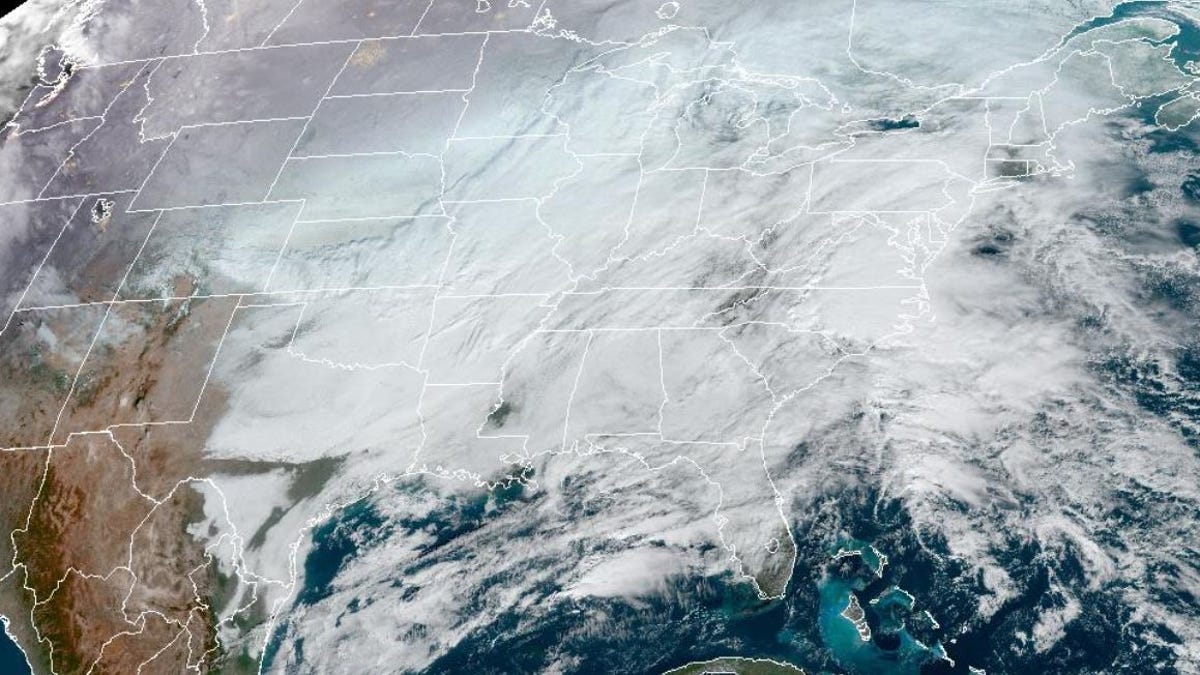 A satellite view of Winter Storm Elliott on Dec. 23, 2022.
NOAA/NESDIS/STAR/GOES-EAST

Temperatures have dropped, snow is flying, flights are canceled and traffic is treacherous or snarled across much of the United States as Winter Storm Elliott pays a holiday visit to more Americans at once than almost any other storm in history.

“Winter weather hazards remain in effect from the Canadian border south to the Rio Grande, Gulf Coast and central Florida Peninsula while spanning from the Pacific Northwest to the Eastern Seaboard.”

Forecasts call for freezing rain in the Pacific Northwest, frigid temperatures in the Rockies and heavy snow across the Great Lakes and the Northeast.

Meteorologist @mikeseidel is in the thick of it all so you don’t have to be!

WATCH as the 40+ mph wind gusts and low visibility prove that Winter Storm #Elliott is packing a punch.

A blast of arctic air barreled into the US from the northwest that sent temperatures plummeting by as much as 50 degrees earlier this week. In Denver that swing was 75 degrees between Wednesday and Thursday.

The Denver International Airport recorded its lowest temperature since 1990 as temperatures plunged below minus 20 Fahrenheit on Thursday. Other regions, including parts of Montana, saw temperatures even colder, while several states recorded blizzard conditions that led to a number of fatal traffic accidents.

Over 3,700 flights were canceled in the US on Friday, and another 3,000 were delayed, according to FlightAware.com.

From Austin to Boston, reports came of shoppers clearing out shelves ahead of the holidays — not of the usual gifts and dishes but rather bottled water.

If you do plan to travel this weekend, please be sure to check your local forecast and CNET’s winter storm cheat sheet.