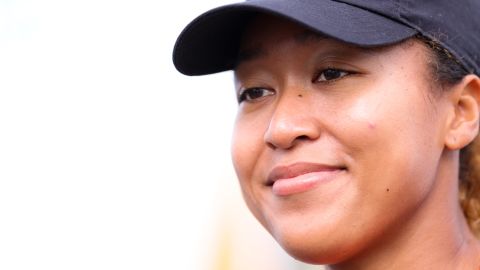 Naomi Osaka is taking a break from the game.

Tennis star Naomi Osaka announced her pregnancy on Wednesday, posting a photo of an ultrasound scan on her social media accounts.

“The past few years have been interesting to say the least, but I find that it’s the most challenging times in life that may be the most fun,” the four-time major champion wrote alongside the photo.

“These few months away from the sport [have] really given me a new love and appreciation for the game I’ve dedicated my life to.”

Osaka said she plans to return to tennis in 2024 for next year’s Australian Open, a tournament she has won on two previous occasions.

Ashleigh Barty of Australia poses with the Daphne Akhurst Memorial Cup after winning her Women’s Singles Final match against Danielle Collins of United States during day thirteen of the 2022 Australian Open at Melbourne Park on January 29, 2022 in Melbourne, Australia.

“I know that I have so much to look forward to in the future,” she added. “One thing I’m looking forward to is for my kid to watch one of my matches and tell someone, ‘that’s my mom.’”

The 25-year-old’s withdrawal from the upcoming Australian Open was announced by the competition’s organizers on Sunday.

Osaka has not played since the Toray Pan Pacific Open in Tokyo in September last year.

She took some time away from competitive tennis and made several highly publicized disclosures about her struggles with mental health following an incident in August 2021, where she was visibly stressed and emotional while addressing the media during a mandatory news conference at Roland Garros.

Osaka subsequently pulled out of the French Open that year and revealed she had “suffered long bouts of depression” since winning her first major championship in 2018.

“I don’t think there’s a perfectly correct path to take in life but I always felt that if you move forward with good intentions you’ll find your way eventually,” Osaka added in her statement on Wednesday.