The expanding use of self-driving cars opens up new ways for terrorists to harm Americans, FBI Director Christopher Wray warned Thursday at the World Economic Forum in Davos, Switzerland.

Speaking on a panel on national security, Wray said the FBI views autonomous vehicles as both a possible tool to cause physical harm and a potentially valuable source of personal data that could become a target.

“When you talk about autonomous vehicles, it’s obviously something that we’re excited about, just like everybody,” Wray said. “But there are harms that we have to guard against that are more than just the obvious.” 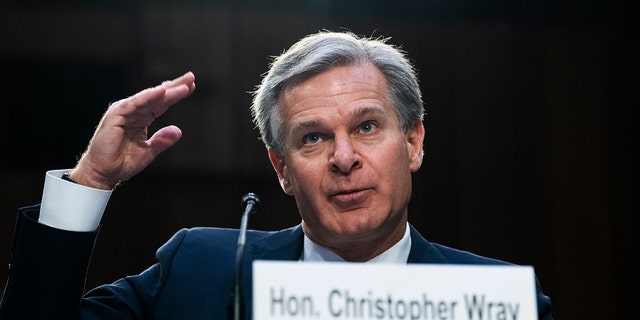 “One of them is the danger that there could be ways to confuse or distort the algorithms to cause physical harm,” he said. “I’m thinking about a story I heard not that long ago about the researchers who were able to trick a self-driving car’s algorithm by essentially putting a piece of black tape over a stop sign. It caused the car to accelerate, about 50 miles an hour or something.

“It’s a simple example, but it shows some of the harms we have to guard against,” Wray said.

“A different kind of harm we’re concerned about is the enormous amount of data that autonomous vehicles, for example, aggregate. And any time you aggregate lots and lots of sensitive data, it makes a very tempting target,” he added.

PEDESTRIAN RUNS IN FRONT OF AUTONOMOUS CAR IN SAN FRANCISCO. SEE WHAT HAPPENS 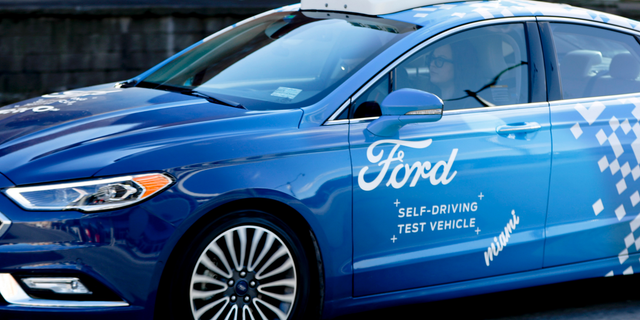 One of the test vehicles from Argo AI, Ford’s autonomous vehicle unit, navigates through the strip district near the company offices in Pittsburgh. (AP Photo/Keith Srakocic)

He said these potential threats are something that is “very much on our mind” in the federal government.

The Insurance Institute for Highway Safety expects there to be 3.5 million self-driving cars on the road in the U.S. by 2025.

Wray said the expanding use of self-driving cars is an example of a new “attack surface” that terrorists will try to use to their advantage. He said Russia’s war against Ukraine is giving U.S. national security officials new examples of how cyberattacks are evolving and demonstrated how early surveillance activity can be a precursor to a cyberattack.

“We did see as the conflict erupted an increased effort by the Russian intelligence services, which have been conducting malicious cyber activity against U.S. infrastructure for years,” he said. “We’re increasingly concerned that the surveillance activity – the scanning, the research, all the preparatory activity – could be one thing, could be an indication of something more serious.”

GOP LAWMAKER HAS A MESSAGE FOR CHRISTOPHER WRAY AND THE FBI: ‘ONE DAY WE’RE BRINGING YOU IN’ 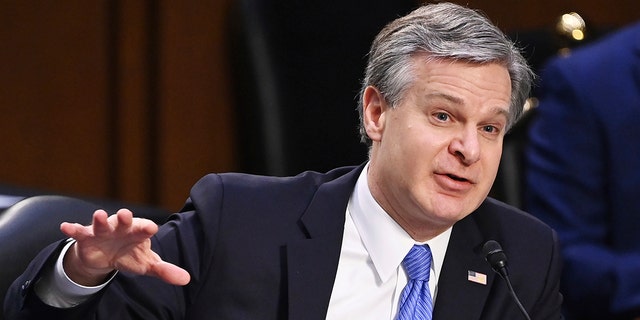 “The name of the game in terms of cyber defense from our perspective is to try to get – to use a terrorism analogy – further left of boom,” Wray added.

“The Chinese government has a bigger hacking program than any other nation in the world, and their AI program is not constrained by the rule of law,” he said. “It’s built on top of the massive troves of intellectual property and sensitive data that they’ve stolen over the years and will be used unless checked to advance that same hacking program.”