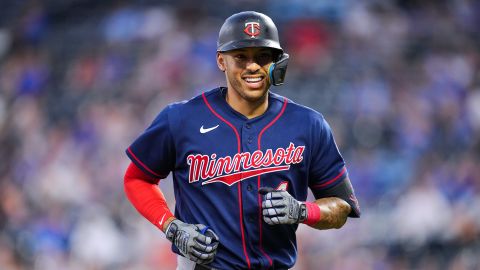 Two-time All-Star shortstop Carlos Correa is reportedly in for a massive payday.

The deal is the largest for a shortstop in MLB history, according to Passan.

CNN has reached out to the Giants and Correa’s agent for comment.

Correa signed with the Minnesota Twins on a three-year, $105.3 million deal, according to the salary tracking website Spotrac, in March. He opted out of the final two years in November.

NEW YORK, NEW YORK – APRIL 22: Aaron Judge #99 of the New York Yankees celebrates his solo home run in the fifth inning against the Cleveland Guardians at Yankee Stadium on April 22, 2022 in the Bronx borough of New York City. (Photo by Elsa/Getty Images)

Prior to joining the Twins, the 2012 top overall draft pick for the Houston Astros played with the club for seven seasons where he was named to two All-Star teams in 2017 and 2021.

Correa was part of Houston’s first World Series title team in 2017. He won his first ever Gold Glove, which is awarded to the best defender in each position, in 2021.