Republican lawmakers on Tuesday chided President Biden for prioritizing a “woke ideology” at the expense of the southern border crisis.

Reps. Ashley Hinson of Iowa and Jim Banks of Indiana held a press conference Tuesday to “spotlight” what they regarded as the “absolute failures of the Biden administration” regarding addressing the border. 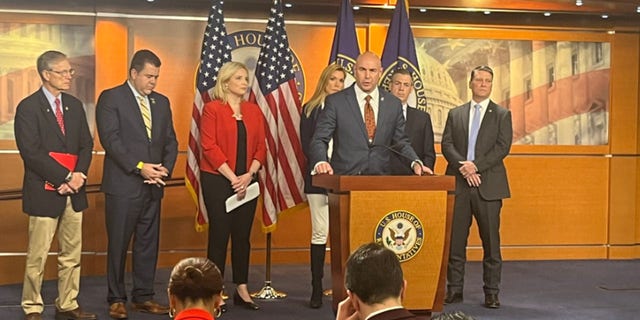 “We need to call out these failures and their woke ideology and their misplaced priorities, especially when it comes to what’s happening at our southern border,” Hinson said, flanked by other Republican lawmakers.

Hinson noted that illegal immigrant encounters topped more than 250,000 in December – 17 of whom were on the terror watch list, and ten of whom were sex offenders in the Del Rio Sector alone.

All this, she said, has come about as Mexican drug cartels have made billions off of fentanyl and meth that is shipped into the country and killing Americans. 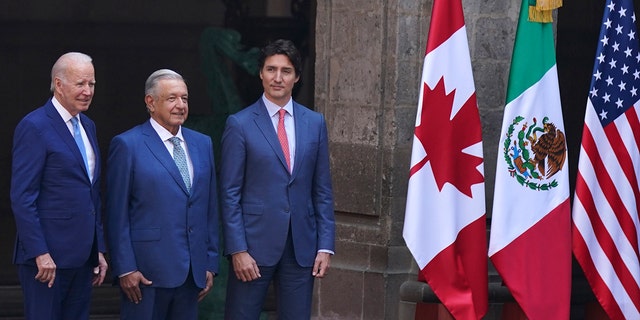 U.S. President Joe Biden, left, Mexican President Andrés Manuel López Obrador, second from left, and Canada’s Prime Minister Justin Trudeau pose for an official photo as their wives stand to the side, before the start of a North America Summit at the National Palace in Mexico City, Tuesday, Jan. 10, 2023.
(AP Photo/Fernando Llano)

“What commitments did they publish immediately following that meeting? Topping the list, diversity equity, and inclusion, climate change, and integrating gender perspectives into disaster response,” she said. “That’s what they came up with to present to the American people,” she said, adding that Americans “have no patience for these woke priorities.”

Rep. Banks noted that the six pillars of agreement between President Biden, President Lopez Obrador, and Canadian Prime Minister Justin Trudeau did not once mention the word fentanyl.

The six pillars are: DEI, or “diversity, equity, and inclusion, climate change and the environment, competitiveness, migration and development, health, and regional security.

“Ninety-seven days ago from today I wrote President Biden asking for a meeting to discuss the deadly fentanyl crisis and share with him more than 100 obituaries that parents who have lost their children to fentanyl sent to my office,” Banks said. 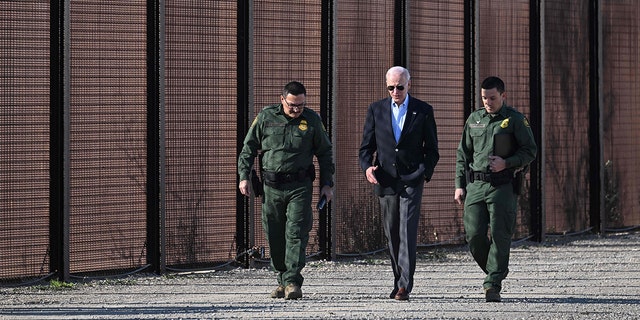 “In the 97 days that Joe Biden has ignored my request to meet and talk about securing our border from the flow of fentanyl, the White House had time to meet with [a] transgender activist, the Golden State Warriors, and even George Clooney. So that tells you a lot about where the Biden administration priorities are.”

President Biden visited the southern border for the first time in early January, about a month after claiming during a visit to Arizona that he was not going to the borer “[b]ecause there are more important things going on.”

The White House has defended itself against repeated criticism from Republican lawmakers that Biden is not taking the border issue seriously.

Earlier this month, the White House said border security and immigration are issues the president takes “very seriously since day one” and blamed Republican political stunts for slowing down progress.

Fox News Digital has reached out to the White House for additional comment.