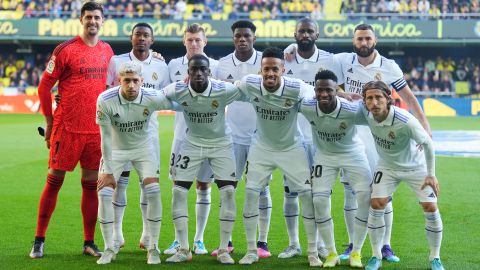 There were no Spanish players in Real Madrid’s starting lineup against Villarreal on Saturday.

But for the first time in its history, according to sports data companies Opta Sports and Gracenote, Real Madrid fielded no Spanish players in its starting line up for a LaLiga match as Carlo Ancelotti opted for a Belgian, two Brazilians, an Austrian, two Germans, three Frenchmen, a Croat and a Uruguayan against Villarreal on Saturday.

Despite the international talent on display, however, Los Blancos succumbed to a 2-1 defeat against Villarreal at the Estadio de la Cerámica, and spurned a chance to go top of LaLiga.

It is just the second league defeat of the season for Real Madrid and an important win for the Yellow Submarines which draws them level on points with fourth-place Atlético Madrid in the table. 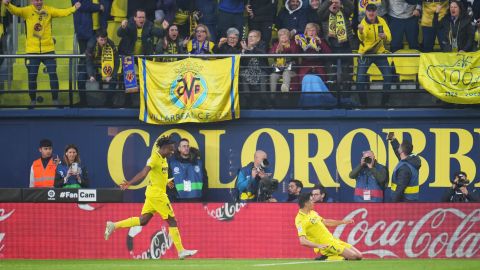 The first half ended scoreless, though Villarreal came close to scoring in the fifth minute when Francis Coquelin hit the woodwork from the center of the box.

It didn’t take long after half time, however, for the Yellow Submarines to take the lead through Yeremy Pino’s goal in the 47th minute.

Karim Benzema equalized shortly afterwards, threading a penalty into the right-hand corner of the goal, after the Video Assistant Referee (VAR) confirmed a Villarreal handball.

But just three minutes later, Villarreal retook the lead with a penalty of its own following another handball in the box.

Gerard Moreno made no mistake and converted from the spot as Villarreal held on for the win.