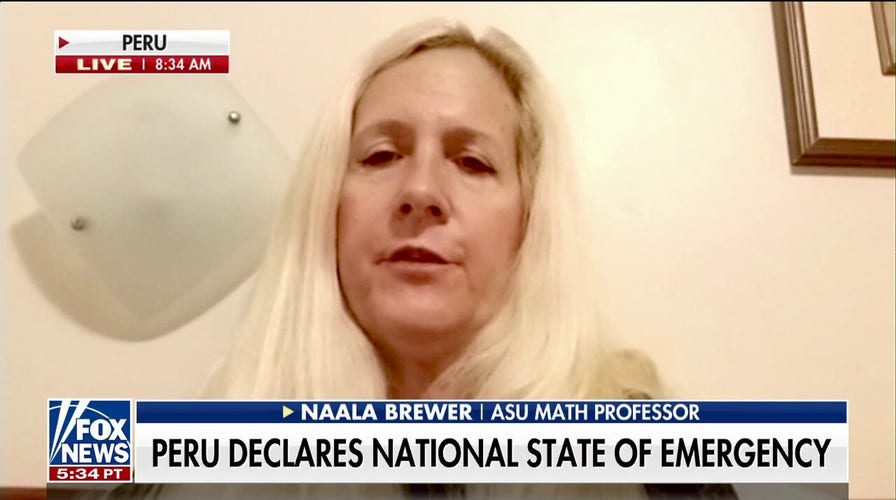 Arizona State University math professor Naala Brewer shares how she got stuck in Peru after protests erupted in the South American country.

A police officer on patrol was attacked and burned to death by protesters in the Peruvian region of Puno, as the death toll from demonstrations in the wake of the ouster of former President Pedro Castillo rose to 47, authorities said Tuesday.

José Luis Soncco Quispe, 29, was on patrol with a fellow officer in Juliaca, a city near the border with Bolivia and Lake Titicaca, on Monday night when they were attacked by a mob that later set fire to their vehicle, according to police reports.

Soncco’s partner in the patrol car, Ronald Villasante Toque, said the men were “detained and physically attacked by some 350 protesters,” according to the reports.

Villasante was taken to a hospital in Lima with multiple head injuries after being beaten. He said he was unaware of what was happening to his partner.

Prime Minister Alberto Otárola confirmed Soncco’s death in a session of Congress, saying the men were attacked by protesters. 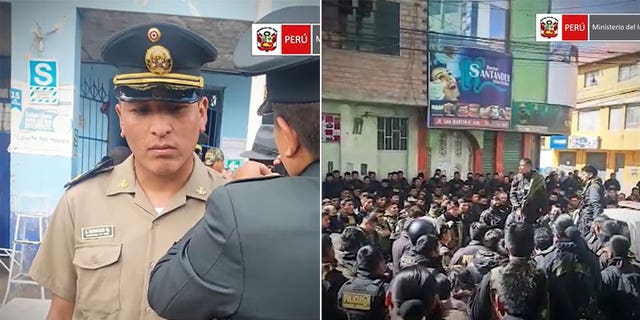 “Police arrived at the scene and found that one officer had been beaten and tied up, and the other, Luis Soncco Quispe, unfortunately had died,” he said. “He was burned alive in his patrol car.”

Otárola announced a three-day curfew from 8 p.m. to 4 a.m. in Puno, and a day of mourning for the fallen on Wednesday. 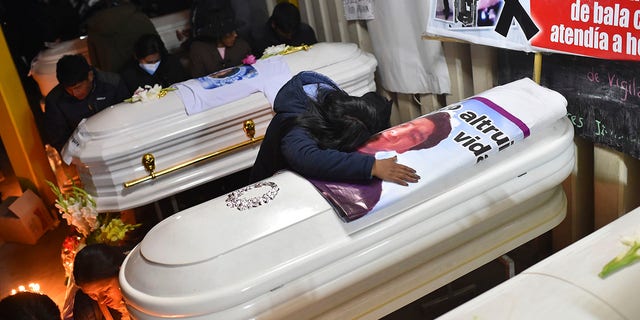 A woman cries over a coffin containing the remains of her friend Antonio Samillan who died during the unrest in Juliaca, Peru, Tuesday, Jan. 10, 2023.
( AP Photo/Jose Sotomayor)

Peru’s Interior Ministry shared a video with photos of the fallen officer and a large gathering of national police in uniform chanting in his memory.

Peru’s Ombudsman’s Office said that since the protests began in early December after Castillo’s dismissal, 39 civilians had been killed in clashes with police and another seven others had died in traffic accidents, as well as the fallen police officer. 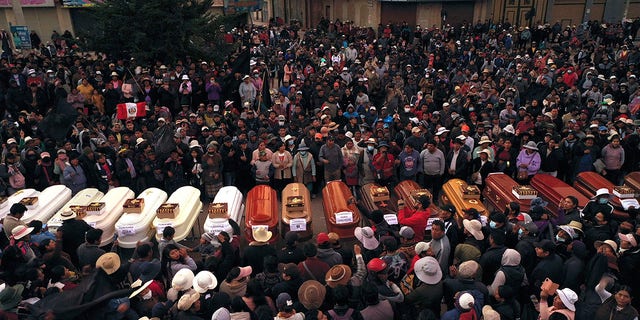 Residents surround coffins during a vigil for the more than a dozen people who died during the unrest in Juliaca, Peru, Tuesday, Jan. 10, 2023.
(AP)

The police officer’s death came after 17 people were killed Monday in Juliaca as protests seeking immediate elections resumed in neglected rural areas of the country still loyal to Castillo.

The unrest began following Castillo’s removal and arrest following a widely condemned attempt to dissolve Congress and head off his own impeachment. 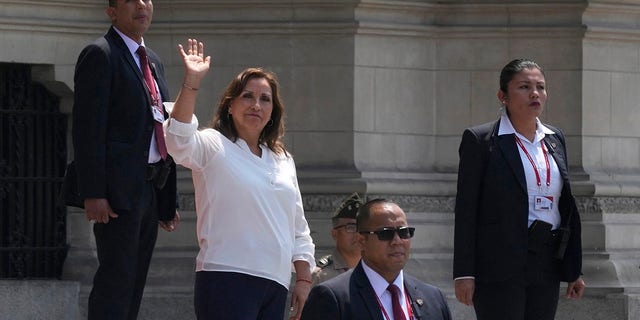 Castillo’s successor and former running mate, Dina Boluarte, has supported a plan to push up the 2024 elections for president and congress, which originally scheduled for 2026. She has also expressed support for judicial investigations into whether security forces acted with excessive force.

However, such moves have so far failed to quell the unrest which, after a short respite around the Christmas and New Year’s holidays, have resumed with force in some of Peru’s poorest areas, where support for Castillo’s unorthodox rule had been strongest.

Castillo, a political novice who lived in a two-story adobe home in the Andean highlands before moving to the presidential palace, eked out a narrow victory in elections in 2021 that rocked Peru’s political establishment and laid bare the deep divisions between residents of the capital, Lima, and the long-neglected countryside.