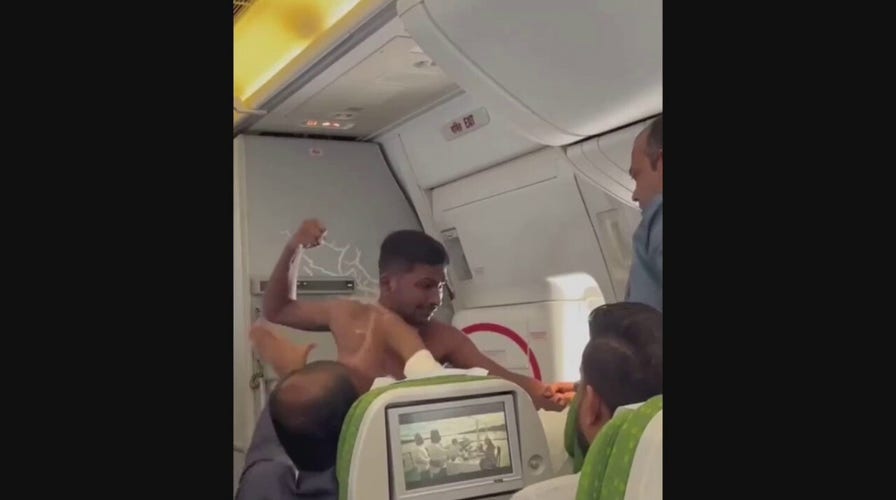 Watch: Shirtless man goes viral after brawl with another man aboard plane

The two men reportedly brawled with each other over a seat assignment on a Bangladeshi airline as passengers attempted to break them up. (Credit: Jam Press)

A shirtless man went viral on social media after being caught on video brawling with another man on a Boeing 777.

The fight, initially posted on Twitter two weeks ago, showed a shirtless man punching another passenger during a struggle on a flight operated by Biman Bangladesh Airlines, New York Post reported.

After the two tussling passengers exchanged punches, the shirtless man was restrained by other passengers.

It is not clear if the man was arrested. 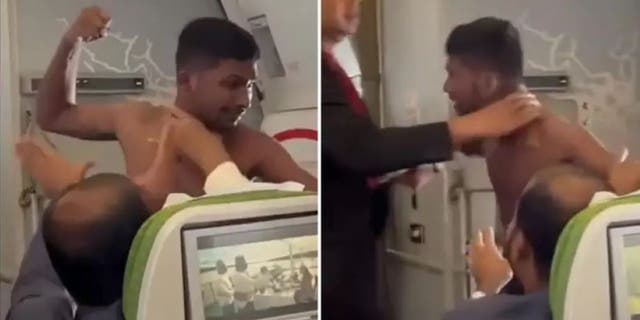 Jam Press UK reported the altercation stemmed from a disagreement over seat assignments on the Bangladeshi airline.

Music can be heard playing in the background of the video, which suggests the plane was on the runway during the brawl. 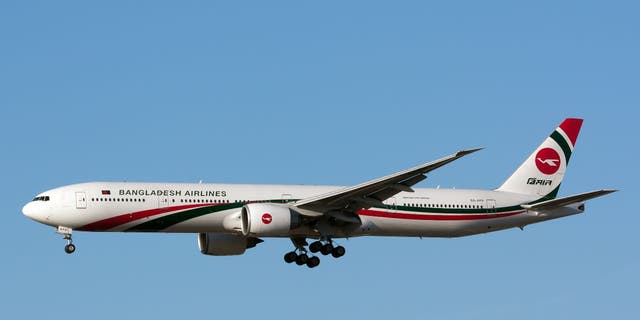 According to Jam Press UK, one of the videos of the altercation registered 120,000 Twitter views on Twitter along with dozens of comments.

“He’s just asking for his shirt back,” one user responded. 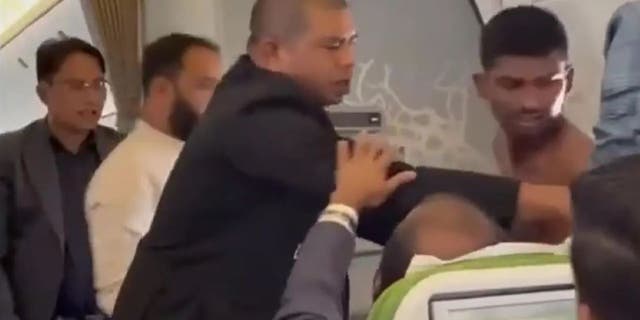 Passengers try to break up a fight on Biman Bangladesh flight.
(Jam Press)

Biman Bangladesh Airlines did not immediately respond to a request for comment from Fox News Digital.