Overwatch 2 Competitive: Placements Explained and How to Unlock 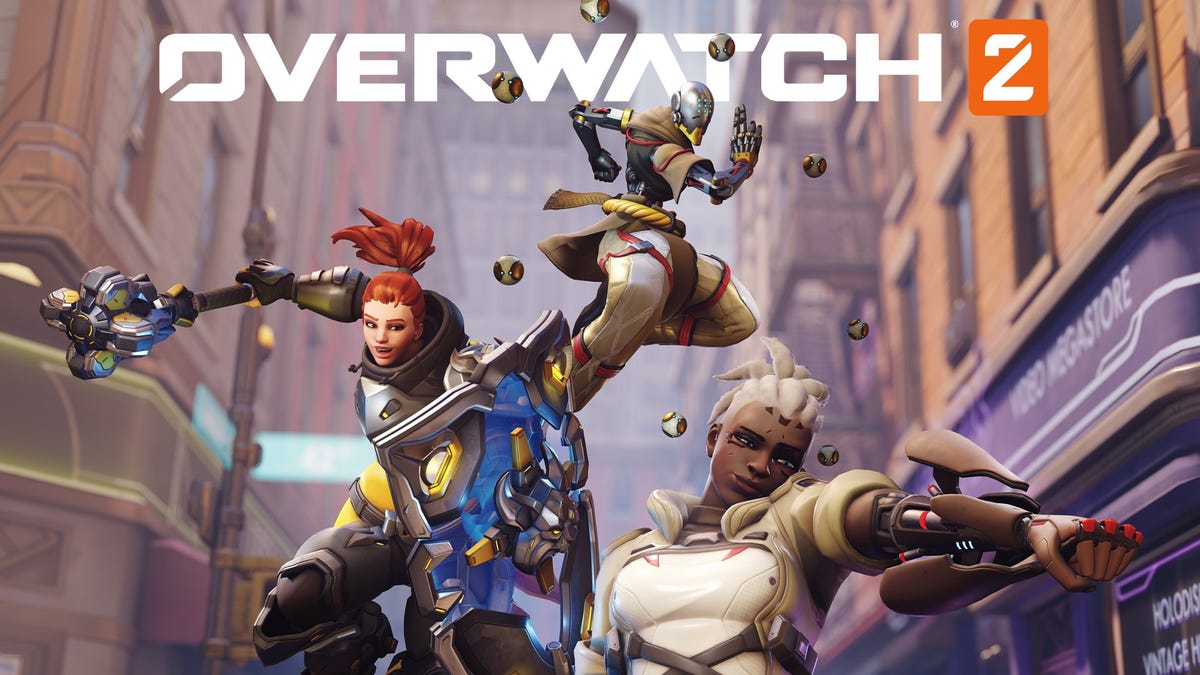 Overwatch 2 is finally out on PC, PlayStation 4 and PS5, Xbox One and Series X/S and even Nintendo Switch. As the game embraces a new free-to-play model, you’ll find new heroes, like Kiriko; a battle pass system; and changes to the gameplay, like the switch to 5v5 battles.

Overwatch 2 also changes up the game’s competitive mode. In competitive matches, players take turns attacking and defending, with everyone vying to improve their rank by winning matches. Overwatch ranks start at bronze and then increase to silver, gold, platinum, diamond, master and grandmaster, with each rank being subdivided into five tiers (for instance, silver 5 up to silver 1).

Here’s what you need to know about unlocking competitive and how the game’s ranked system works.

How to unlock Overwatch 2 competitive mode

If you played Overwatch with a Battle.net account, you’ll be able to head immediately into ranked matches, though I’d recommend spending some time in quick play to get acclimated to the pace of the new game and to adjust to some of the hero reworks and new heroes in the game.

Newer players have to unlock competitive mode by playing through the first-time user experience tutorials and winning 50 matches of quick play. That’s 50 wins, not just 50 games. Overwatch developers outlined the reasons for the change in a blog post, saying, “This gives new players time to prepare for the higher expectations that come with Competitive, while veteran players don’t feel discouraged by teammates who have less experience.”

After you’ve won your 50th quick play match, you’ll be able to select competitive mode in both role queue and open queue modes. Role queue will put you in a match with one tank, two damage heroes and two supports. Open queue matches means anyone can play any number of heroes from any role.

How do placements work in Overwatch 2?

After your initial placement, your rank will update after every seven wins (or 20 losses, if that comes first). You might see that rank go up, go down, or stay the same depending on how your matches go.

The biggest difference from Overwatch 1 is that you can no longer see your skill rating, which means you won’t have to (or be able to) watch it go up and down after individual games. Instead, you’ll just see what skill tier you end up in after every seven wins or 20 losses. In Overwatch 1, you might see that you were in the silver rank with a skill rating of 1,650. In Overwatch 2, you’ll simply see that you are in silver 4. 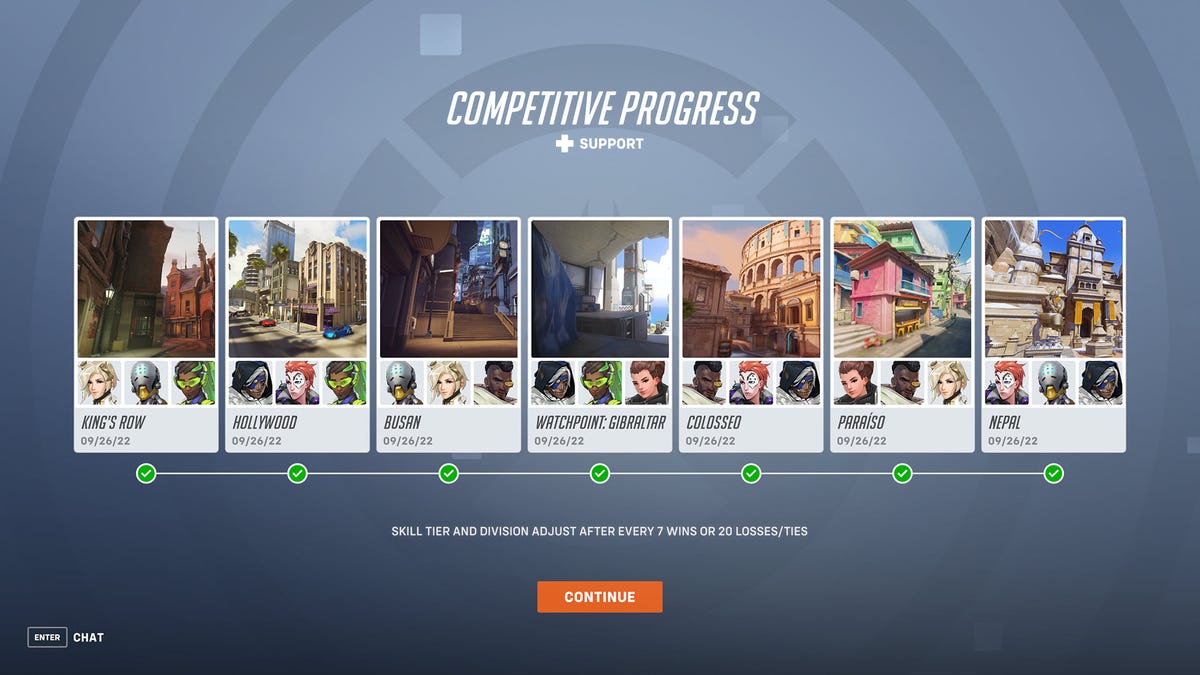 After each win, you’ll see this screen update after your match. After your seventh win, click continue to see your updated rank.

Will I get the same rank as Overwatch 1?

Overwatch 2 gave players a soft matchmaking record, or MMR, reset to account for the changes in Overwatch 2 compared with the original. As explained in the blog post, “Overwatch 2 is a very different game, so we applied a formula that gives returning players an opportunity to redefine their rank when they dive into updated Competitive.”

What does that mean in practice? Anecdotally, returning players have been reporting being placed roughly two ranks lower than where they were in Overwatch 1. For example, a diamond player might be placed in the gold rank, a masters player might be placed in platinum, and anyone who was gold or a lower rank may end up in bronze. I was in platinum for support the last time I played Overwatch 1 competitive, and I was placed in silver 4 after going 7-1 in placements.

The initial placement may be a little disappointing, but if you belong at a higher rank, you should be able to climb pretty quickly. With a high enough win rate, some players have reported moving up a whole rank by the time they finish their next seven wins.

Are new heroes available in competitive?

New heroes will be locked out of ranked until two weeks after their release. For Kiriko, the newest hero, that means she’ll be available in competitive on Tuesday, Oct. 18. Blizzard is locking heroes for those first two weeks to give players a chance to learn and unlock the hero before they enter the competitive game mode.

For more on Overwatch 2 check out how to set up SMS protect for new players and what you need to know about hero unlocks in the battle pass.