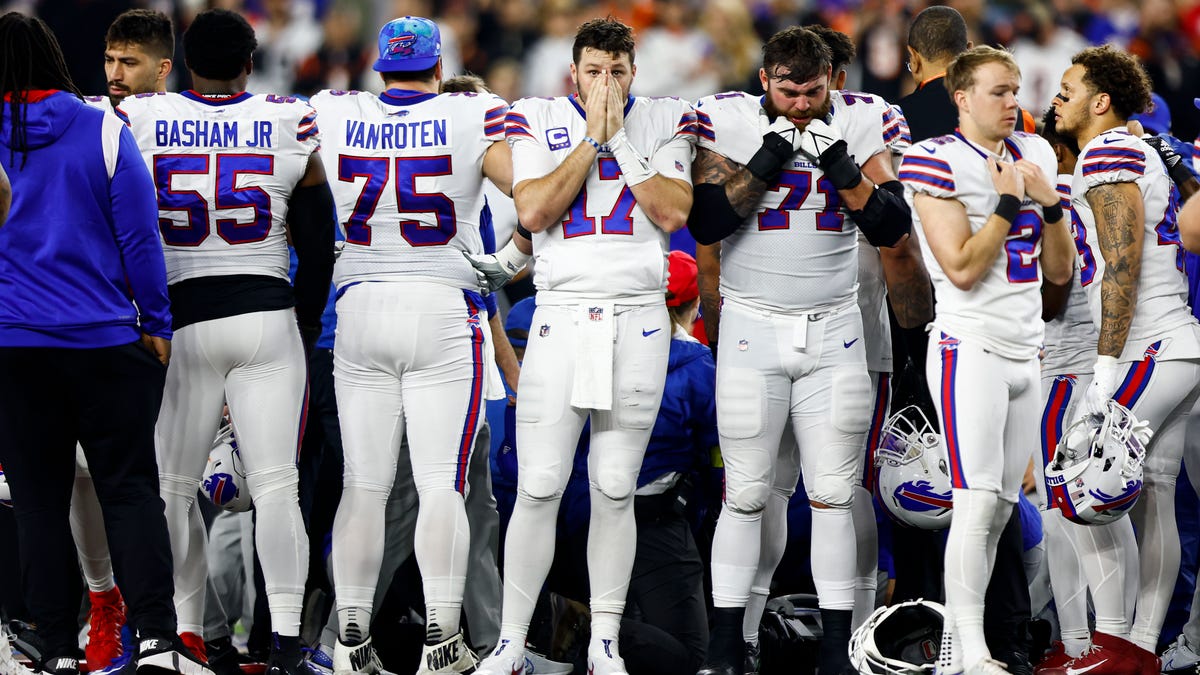 The Monday Night Football game between the Buffalo Bills and the Cincinnati Bengals has been called off after a horrifying injury to Bills safety Damar Hamlin.

Hamlin, 24, made a tackle on Bengals player Tee Higgins at 5:55 p.m. PT. After the play, he stood up briefly, before falling backwards onto the turf. Hamlin was given immediate medical attention on the field, including CPR. He was taken taken to UC Medical Center by ambulance at 6:25 p.m. PT. He is currently in a critical condition.

The NFL announced the game would be postponed for the evening.

Hamlin’s tackle on Higgins occurred with six minutes to play in the first quarter. The tackle seemed to land right in Hamlin’s chest and neck area but he was able to stand briefly after the play was over. He was barely able to take a step before he then collapsed onto the ground. Medical staff were immediately at his side. Buck noted during the ESPN broadcast that medical personnel were “really pounding on his chest” as they administered CPR.

Players from both teams were clearly distraught in the wake of the injury and formed a wall around Hamlin, the local paramedics and medical staff. Teams were originally told there would be a five minute break in play but returned to the locker rooms. The NFL called the game off shortly after 7 p.m. PT.

In the wake of the injury, fans have been contributing to a GoFundMe established by Hamlin and the Chasing M Foundation for a toy drive, leaving messages of support.