Rep. Matt Gaetz, R-Fla., told Rep. Kevin McCarthy, R-Calif., that he would not care if the stalemate over McCarthy’s speakership vote resulted in a Democrat being elected to the position, McCarthy claimed Tuesday.

McCarthy made the claim publicly Tuesday morning, just minutes before the Republican caucus was scheduled to vote on his bid to become speaker. He claimed Gaetz came to his office Monday evening along with other like-minded GOPers with a list of demands.

“Last night I was presented the only way to have 218 votes if I provided certain members with certain positions, certain gavels, to take over the church committee, to have certain budgets,” McCarthy claimed. “And they even came to the position where one, Matt Gaetz, said ‘I don’t care if we go to plurality and we elect Hakeem Jeffries.”

The House could vote on a resolution to approve the next speaker by a plurality if multiple rounds of voting go by without a candidate winning. That has only happened twice in U.S. history, however, and the resolution approving a plurality vote would need to be approved by a majority. 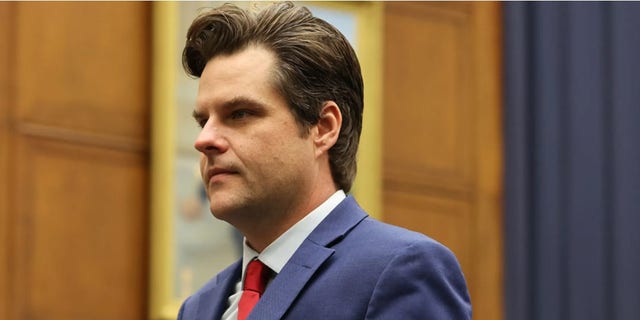 “As is typical for Kevin McCarthy’s career, he is lying,” a spokesman said.

McCarthy requires 218 votes to win the speakership, meaning he can only afford five Republicans to vote against him. At least 12 were threatening to do so as of Tuesday morning.

The California Republican has offered extensive concessions to his opponents, including allowing any five House members in the majority party to initiate a vote to remove the current speaker. Opponents like Gaetz argue that any lone representative of the majority party should be able to force such a vote, as was House policy until former Speaker Nancy Pelosi changed the rule under her leadership. 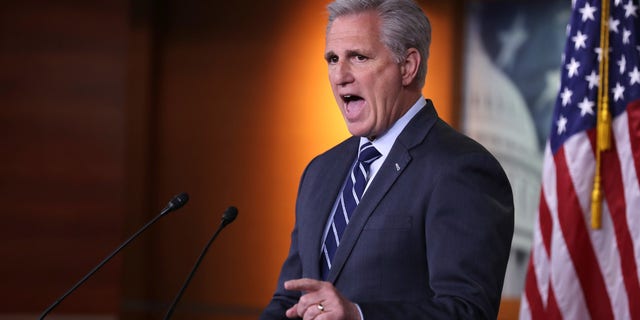 McCarthy held a final meeting with the GOP conference Tuesday morning ahead of the noon vote. Allies say he plans to hold as many votes as necessary until he secures the position.

This is a developing story. Check back soon for updates.