The full concert lineup for the 2023 Houston Livestock Show and Rodeo has been announced.

Every year, the rodeo each night is followed by a concert. This year, Zac Brown Band, Jason Aldean, Machine Gun Kelly, Kenny Chesney and Luke Bryan are all among those who will take the stage.

The first concert of the season will kick off Feb. 28 with country music artist Parker McCollum. Many singers will take the stage for the 2023 Houston Livestock Show and Rodeo concerts including Luke Bryan, Zac Brown Band and Machine Gun Kelly.
(Gary Miller/FilmMagic)

The 2023 rodeo and concerts will wrap up on March 19, with a show from Luke Bryan.

Brooks & Dunn, Walker Hayes, Jon Pardi, Ashley McBryde, The Chainsmokers and Brad Paisley are also acts that will be performing in March.

Tickets for the event in Houston will be going on sale Jan. 12 in two waves. The first wave at 10 a.m. will be for performances taking place between Feb. 28 and March 9. The second wave will be at 2 p.m. for shows happening between March 10 and March 19. 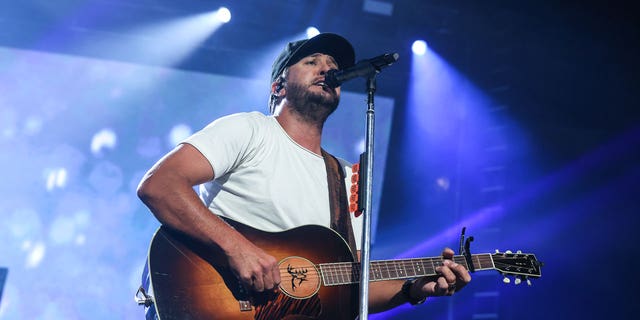 Luke Bryan will wrap up the concert series with a show on March 19, 2023.
(Terry Wyatt/Getty Images)