Johnny Depp was at Jeff Beck’s bedside before he passed away: source

Depp “was by Jeff’s bedside” along with “some other rock stars” before his death, a source close to Depp confirmed to Fox New Digital.

He is said to be “totally devastated” by the loss.

“They had a really tight friendship, they were extremely close, and he got even closer over this past summer when they were touring together,” the source explained. “The sickness came on really quickly and it all deteriorated rapidly in the last couple weeks.” 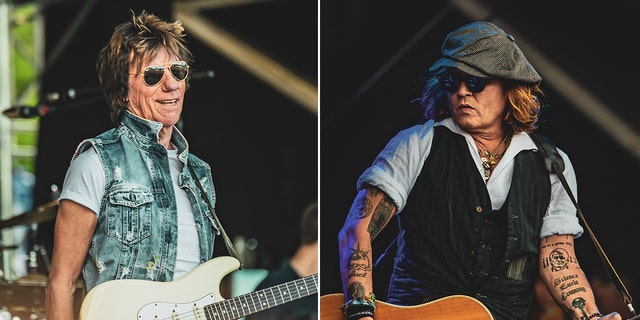 Johnny Depp was at the bedside of friend and collaborator Jeff Beck when he died, according to a source.
(Venla Shalin)

Beck passed away on Wednesday “after suddenly contracting bacterial meningitis,” a representative for the rocker told Fox News Digital. “He peacefully passed away” at 78.

“His family ask for privacy while they process this tremendous loss,” the statement continued.

Beck, an eight-time Grammy Award-winner, released his final studio album in July. It was a collaboration with Depp titled “18.” 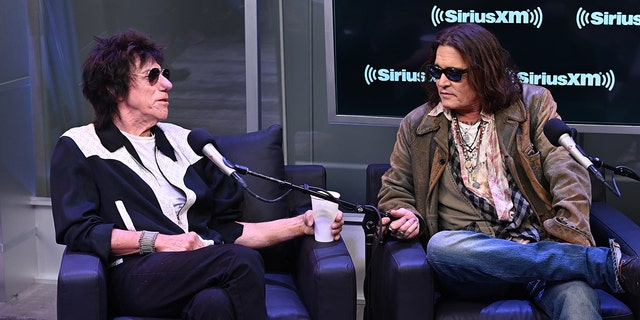 The men performed together over the summer, even amidst the drama following Depp’s infamous defamation trial with ex-wife Amber Heard. They also embarked on a European tour.

Several musicians offered their condolences and favorite memories of Beck after reports of his passing were made public.

Rod Stewart wrote via his Twitter, “Jeff Beck was on another planet. He took me and Ronnie Wood to the USA in the late 60s in his band the Jeff Beck Group and we haven’t looked back since.”

He added, “He was one of the few guitarists that when playing live would actually listen to me sing and respond. Jeff, you were the greatest, my man. Thank you for everything. RIP.”

Rolling Stones frontman Mick Jagger also tweeted, “With the death of Jeff Beck we have lost a wonderful man and one of the greatest guitar players in the world. We will all miss him so much.” 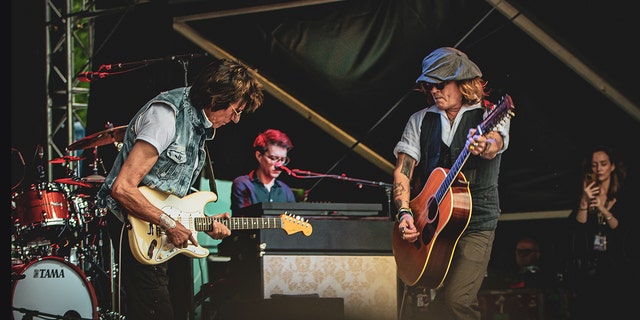 Jeff Beck and Johnny Depp embarked on a world tour in the summer to play their album "18."
(Venla Shalin/Redferns)