“I am devastated to hear the news of the death of my friend and hero Jeff Beck, whose music has thrilled and inspired me and countless others for so many years,” Pink Floyd guitarist David Gilmour tweeted. “Polly‘s and my thoughts go out to his lovely wife Sandra. He will be forever in our hearts.”

Ronnie Wood of the Rolling Stones tweeted that he felt “like one of my band of brothers has left this world, and I’m going to dearly miss him. I’m sending much sympathy to Sandra, his family, and all who loved him. I want to thank him for all our early days together in Jeff Beck Group, conquering America.”

Tony Lommi, of Black Sabbath, said he was “totally shocked” to hear about Beck’s death. “Jeff was such a nice person and an outstanding iconic, genius guitar player – there will never be another Jeff Beck,”he wrote. “His playing was very special & distinctively brilliant! He will be missed. RIP Jeff -Tony” 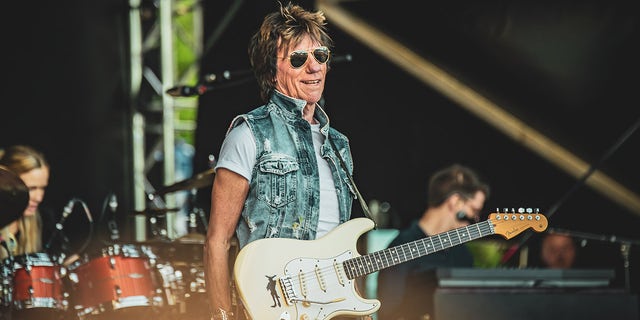 Jeff Beck, guitar legend from "The Yardbirds" died on Tuesday. He was 78.
(Venla Shalin)

Ozzy Osbourne tweeted, “I can’t express how saddened I am to hear of @JeffBeckMusic’s passing. What a terrible loss for his family, friends & his many fans. It was such an honor to have known Jeff & an incredible honor to have had him play on my most recent album, #PatientNumber9. Long live #JeffBeck.”

Geezer Butler of Black Sabbath called Beck “Truly one of the greats.” 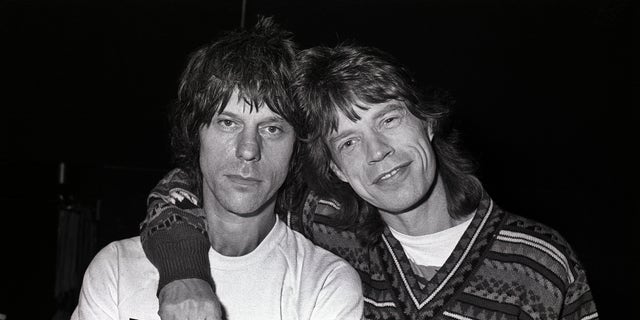 Jeff Beck with Mick Jagger in 1986.
(Photo by Rob Verhorst/Redferns)

Mick Jagger wrote, “With the death of Jeff Beck we have lost a wonderful man and one of the greatest guitar players in the world. We will all miss him so much” and Rod Stewart said, “Jeff Beck was on another planet . He took me and Ronnie Wood to the USA in the late 60s in his band the Jeff Beck Group and we haven’t looked back since.”

He added, “No one played guitar like Jeff. Please get ahold of the first two Jeff Beck Group albums and behold greatness. RIP.”

Sammy Hagar called Beck “Absolutely one of my favorite guitarist of all time! The ‘Truth’ album changed my life. As a singer and guitarist, I wanted to be Jeff Beck and Rod Stewart rolled into one— we all did. What a loss. We will all miss Jeff. My love and condolences to his family and loved ones.”

“My condolences to the family & friends of #JeffBeck,” Bret Michaels tweeted. “His album ‘Wired’ was a guitar soundtrack of my youth.”

Paul Young wrote that he was “devastated” over the news. “He was loved by everyone in the know; the guitarists guitarist! My condolences to his family & friends RIP.”

“The great Jeff Beck has taken his genius and gone home,” Rick Springfield wrote. “My guitar idol since age 15. For the uninitiated, check out his amazing work on (where do I begin) Roger Waters ‘Amused to Death’. His gift was impossible to copy and won’t be repeated. Thankful for huge legacy. God speed JB.” 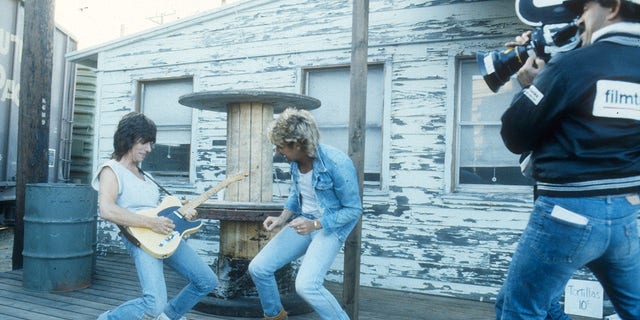 Beck’s death was confirmed on his social media on Wednesday. “On behalf of his family, it is with deep and profound sadness that we share the news of Jeff Beck’s passing,” a statement said.”After suddenly contracting bacterial meningitis, he peacefully passed away yesterday. His family ask for privacy while they process this tremendous loss.”

The rock legend who was inducted into the Rock & Roll Hall of Fame twice, spent the summer touring with Johnny Depp in Europe after releasing his final album, “18.”

“I play the way I do because it allows me to come up with the sickest sounds possible,” Beck said at the Hall of Fame in 2009. “In fact, if I don’t break the rules at least 10 times in every song, then I’m not doing my job properly.”