Effingham County Judge Joshua Morrison slapped the gun control law with a temporary restraining order after former Republican candidate for attorney general Tom DeVore sued to block the law. DeVore said in a press release he’s representing citizens from 87 Illinois counties who are challenging the law, which he called, “an outright attack on the constitutional rights of lawful gun owners across the state.”

Morrison’s ruling only applies to 850 plaintiffs listed in the lawsuit in Effingham County and four licensed gun dealers.

Pritzker said he was not surprised by the decision and accused the plaintiffs of advancing “ideology over public safety” in seeking to have the law struck down. 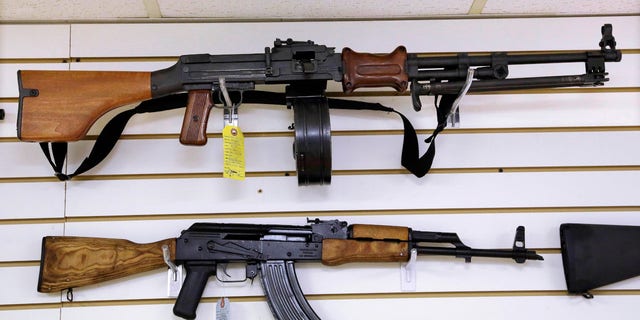 “We are well aware that this is only the first step in defending this important legislation,” Pritzker said. “I remain confident that the courts will uphold the constitutionality of Illinois’ law, which aligns with the eight other states with similar laws and was written in collaboration with lawmakers, advocates, and legal experts.”

In an 11-page ruling, Morrison affirmed that the plaintiffs have a constitutional right to bear arms that is protected by both the Illinois state Constitution and the Constitution of the United States.

“Plaintiffs are being immediately and irreparably harmed each day in which their fundamental right to bear arms is being denied,” Morrison wrote.

The judge cited a landmark U.S. Supreme Court decision from last year that struck down New York state’s concealed carry law. That 6-3 ruling in New York Rifle & Pistol Association v. Bruen found that the “plain text” of the Second Amendment protected the right of the plaintiffs in that case to carry firearms for self-defense. 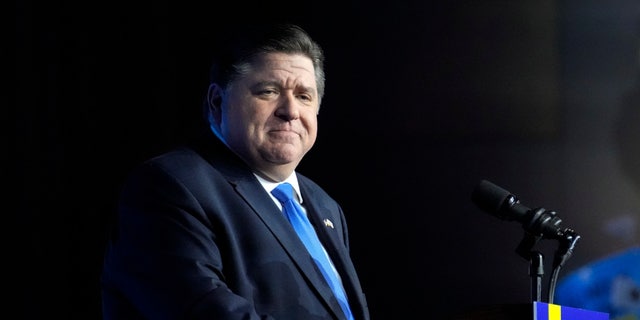 “Due to the speed with which this bill was passed, the effect to protected classes could not have been considered, nor could the Legislature have studied if this was the least restrictive way to meet their goal,” Morrison also wrote.

Pritzker signed the law on Jan. 10 in response to the mass shooting that killed seven and injured 30 at the Highland Park July Fourth parade. The law bans dozens of specific types of rapid-fire handguns and rifles, .50-caliber guns, attachments and limits cartridges to 10 rounds for long guns and 15 rounds for pistols. 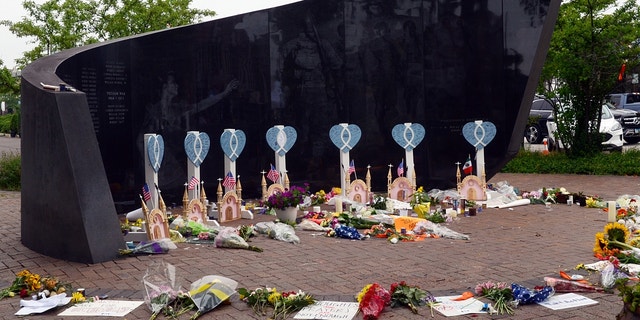 People lay flowers and cards near a spot where a mass shooting took place during the 4th of July parade in Highland Park, Illinois.
(Jacek Boczarski/Anadolu Agency via Getty Images)

The governor defended the gun control law, called the Protect Illinois Communities Act, saying it “takes weapons of war and mass destruction off the street while allowing law-abiding gun owners to retain their collections.”

“I look forward to the next steps in this case and receiving the decision this case merits,” he added.

“This is a clear indication from the court that the General Assembly and Governor Pritzker rammed this law through improperly. The ISRA firmly believes the law is an infringement on all law-abiding residents’ 2nd Amendment rights,” the group said.