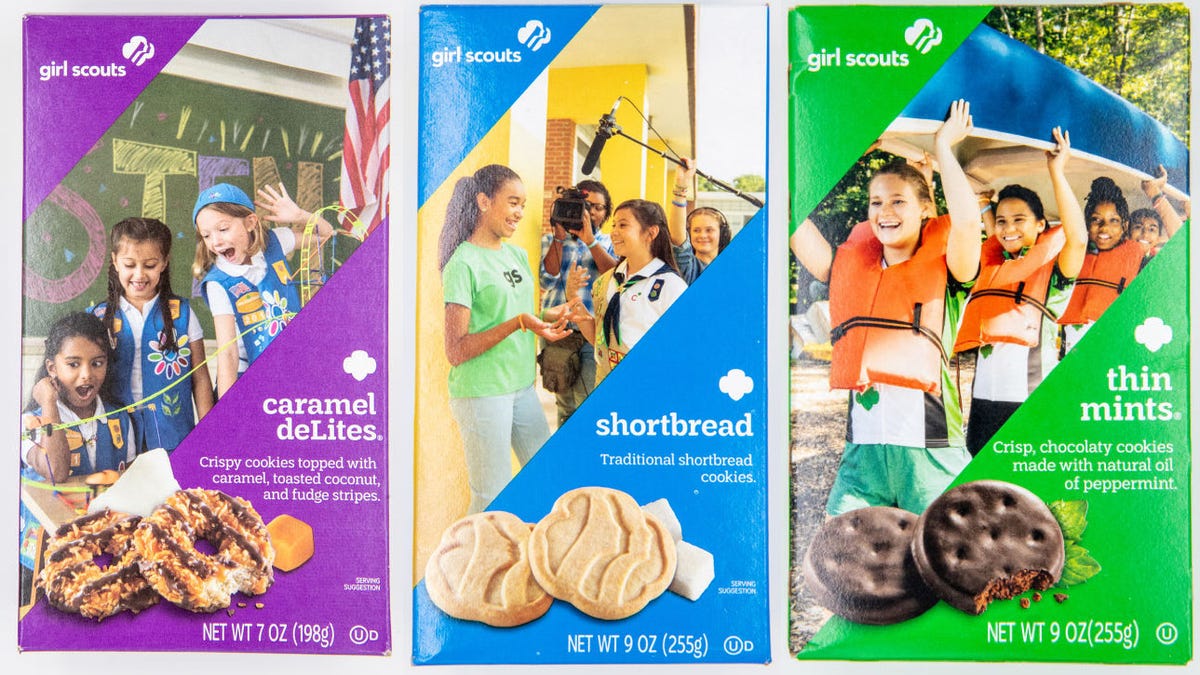 Thin Mints are the most popular flavor of Girl Scout cookies by far. But are they really the best?
Mariah Tauger/Getty Images

We’re in the midst of Girl Scout cookie season. Through April, members will be sell roughly 200 million boxes of pure deliciousness to friends, relatives, neighbors and co-workers.

“Behind every box is a girl learning important skills to power her leadership journey and unlock a world of opportunities,” the Scouts’ chief revenue officer, Wendy Lou, said in a statement.

The Girl Scouts have added and discontinued dozens of flavors since the organization started selling cookies in 1917. With Raspberry Rally joining the lineup this year, there are currently 13 Girl Scout cookie flavors available.

All of the flavors are made by two different bakeries, and some have different ingredients — or even different names — depending on what region you’re in.

“A cookie may be called Trefoils when baked by one baker and Shortbread when baked by the other,” according to the Girl Scout website. “The two cookies look and taste similar, but the name of the cookie and the recipe may be different.”

But which one tops them all?

These rankings are based solely on my opinion — CNET’s Katie Teague. I’m not an experienced food critic. I just like cookies (and riling up people who don’t agree with me).

I tried to keep an open mind, though I admit I don’t like really crunchy or hard cookies. 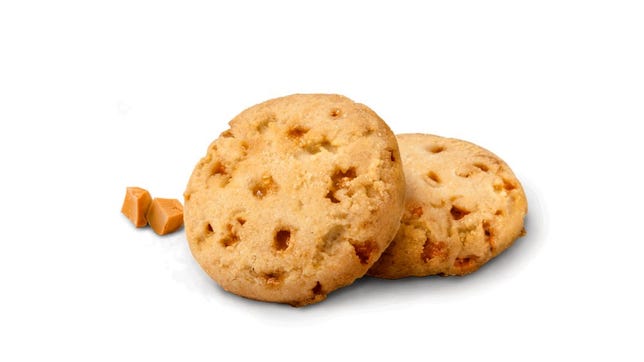 This is the only one I couldn’t swallow. After biting into the hard, gluten-free cookie and letting it dissolve a bit, it felt like I had just eaten a spoonful of sand. And it didn’t get any better from there: The toffee bits tasted more like a mediocre caramel and the cookie smelled like actual dirt.

Toffee-Tastic is a very hard cookie, similar to biscotti. It might taste better if dipped into tea or coffee. The cookie was so hard that I conducted a “drop test” over a concrete sidewalk to see what it would take to break it. After four attempts and a toss, it finally broke clean in half. 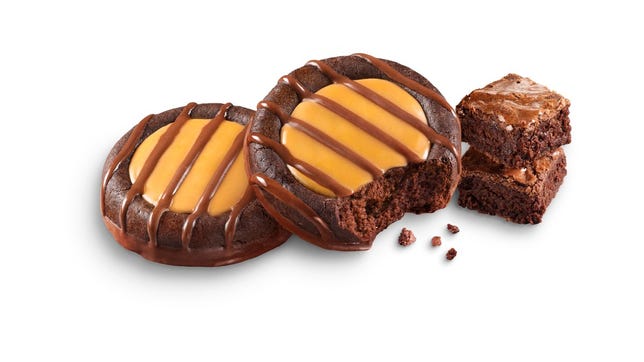 When I first saw the Adventurefuls cookies, I thought they’d become a new favorite. A brownie with caramel filling seemed like it would be delightful, but this cookie was anything but what I expected. For starters, I only like the center of freshly baked brownies, and I won’t eat the edge pieces. Unfortunately, this cookie reminds me of overdone brownies.

I first tried to break it in half, but it was super hard — even the caramel wasn’t as soft as I thought it would be — so I bit into the center using my molars. The flavor of the brownie part was meh and the caramel-flavored center tasted artificial. 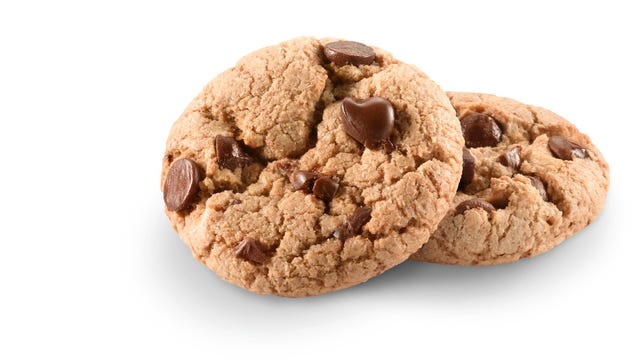 This is another gluten-free option the Girl Scouts offer and while it’s way better than Toffee-Tastic, it’s still bland. The texture is pleasant, soft and has large chocolate chunks. However, it’s not much different from a regular chocolate chip cookie. It’s extremely sweet since it has caramel flavoring but it’s also a bit salty, which I didn’t like. 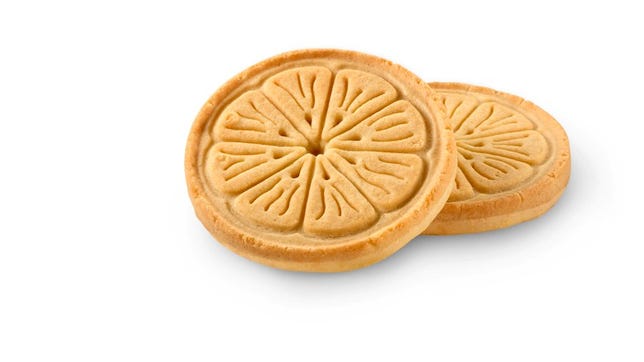 Lemonades taste like the custard of lemon meringue pie, but it’s the icing that’s doing all the work. The cookie itself leaves little to be desired, and maybe it’s because the icing is so overpowering. It’s one of the larger cookies the Girl Scouts sell, but thin enough to eat in a few bites. If you’re going for a lemon-flavored cookie, I suggest trying the Lemon-Ups instead (see below). 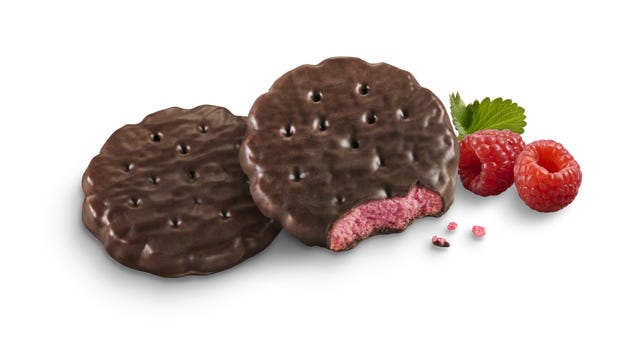 The new Raspberry Rally cookies are interesting. On the outside, they have the same appearance as Thin Mints. On the inside, the texture reminds me of a soft shortbread cookie that melts in your mouth. The center is a dark pink and the raspberry flavor isn’t too overpowering. If you try these next year, make sure you get the box from Little Brownie Bakers, if possible — they taste so much better. 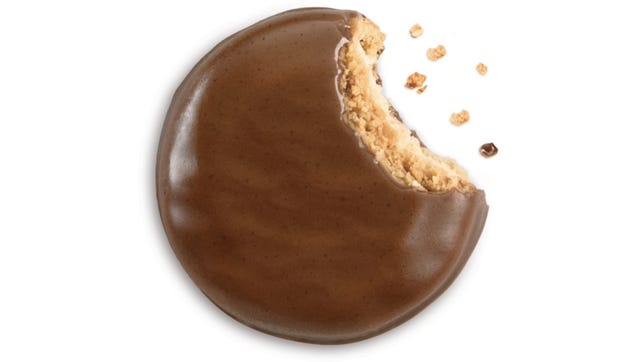 I’ve only ever had the Tagalongs, but for this taste test I received Peanut Butter Patties. It’s been years since I’ve actually indulged in Tagalongs, but the taste between the two is somewhat different (they’re made by different bakeries).

The upper layer is a soft peanut butter while the lower layer is a crunchy crust, and the entire cookie is covered in a soft chocolate coating. Peanut Butter Patties are a bit too rich in flavor for me but have an overall good taste. 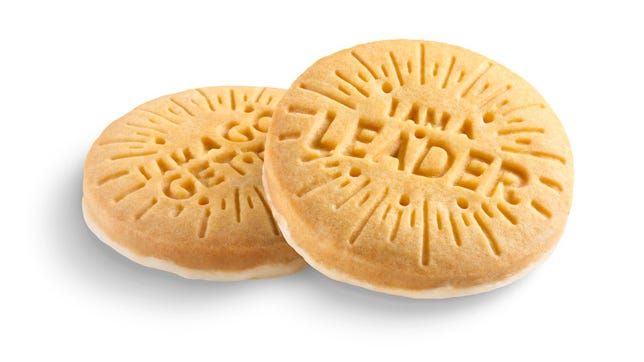 I thought Lemon-Ups and Lemonades would taste the same, but they don’t at all. Lemon-Ups taste fruitier than the Lemonades and smell like fresh-squeezed lemons. There’s a lemon glaze on the cookie’s bottom that really drives the flavor home, and also a sort of tanginess that you don’t typically get with the average cookie.

I could definitely enjoy these cookies in the spring with a glass of unsweetened iced tea. 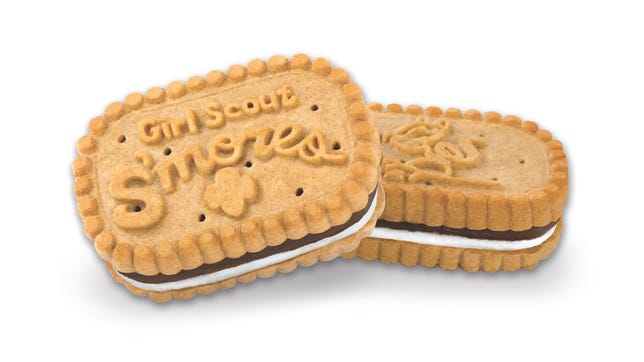 S’mores Pop-Tarts heated in a toaster were always my favorite as a kid, and the Girl Scout S’mores cookies taste similar. They’re very soft with a buttery graham cracker sandwich filled with creamy chocolate and marshmallow-flavored filling.

But since s’mores aren’t meant to be cold, I decided to heat these cookies up in my microwave. Fantastic decision. The chocolate melted as it should and the marshmallow filling became much softer. If you buy these, I recommend heating them up (I used increments of 7 seconds to be on the safe side).

No, they still don’t taste like the s’mores you make by a campfire, but they’re pretty good. 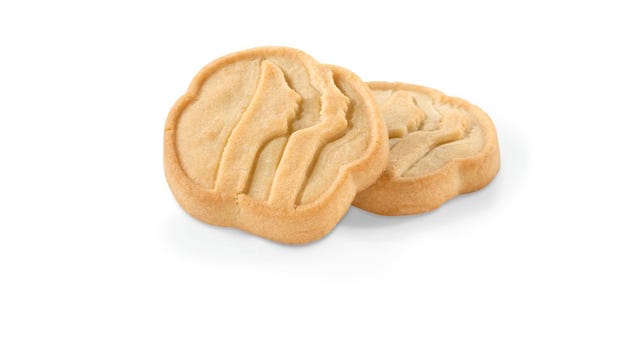 Trefoils may look like plain cookies, but the taste is far from plain. They have a buttery taste perfectly balanced with a sweetness that isn’t overpowering. These cookies pair great with coffee if you’re a cookies-in-the-morning kind of person.

This simple shortbread cookie is baked in the shape of the Girl Scouts logo and has a soft texture that melts in your mouth like cotton candy. Now I understand why these cookies came in fifth place in our survey above. 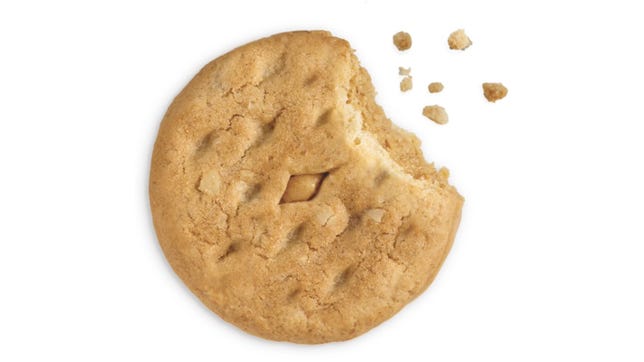 The peanut butter tastes different in the Do-si-dos than in the Tagalongs because it’s not so overwhelmingly sweet. To me, it tastes more like authentic peanut butter without artificial flavors and has the same texture. 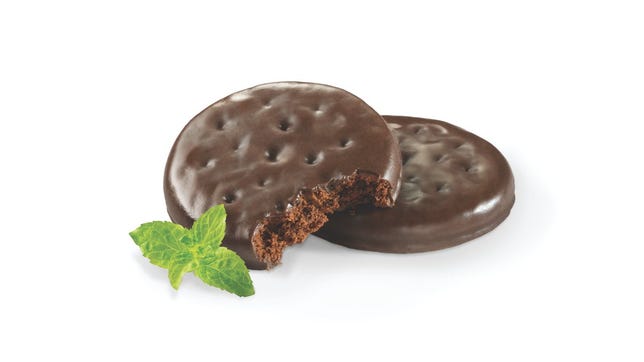 Thin Mints are a popular choice for a reason. They melt in your mouth with the first bite and have a minty-chocolate flavor similar to an Andes chocolate mint. They’re thin and have just the right amount of crunch.

Pro tip: Eat one right after a garlicky meal to cleanse your palate. It’s a close second to brushing your teeth, right?

On a professional note, if you ever decide to do a Girl Scout cookie taste test, save the Thin Mints for last because the minty flavor sticks around for a while after eating and could compromise the flavor of the next cookie you try. 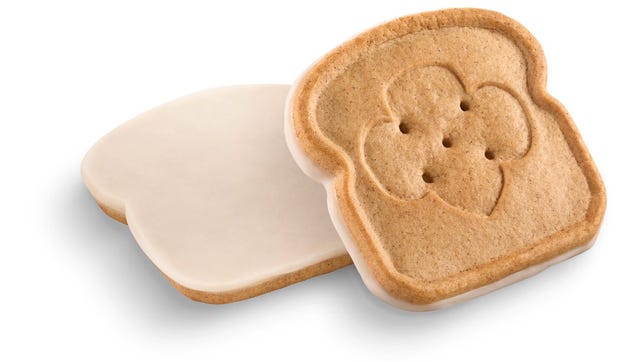 These cookies knocked Thin Mints into my personal third place, and I’m not sorry about it. Have you ever tried Cinnamon Toast Crunch cereal? That’s what the Toast-Yay cookies remind me of. They have a gingerbread and cinnamon graham cracker taste with a delicious layer of icing. The crust melts in your mouth almost instantly.

The large bread-shaped cookies are nearly the size of my palm. They’re only available in certain regions, however, so they may be hard to come by. But if you can get your hands on some, I highly recommend them. 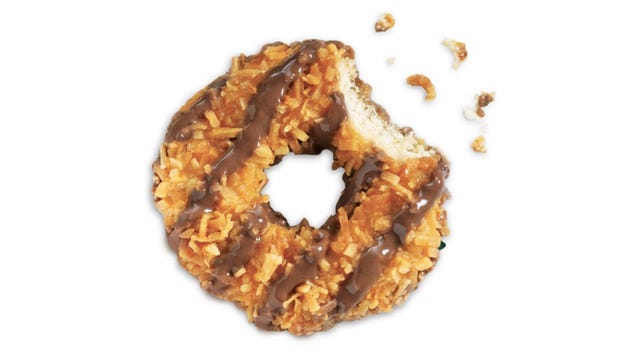 If you know, you know: The Samoas cookies are the best. If there was ever a perfect cookie, it’s this one. It deftly balances coconut, chocolate and caramel with a soft cookie crust. Samoas are really the only Girl Scout cookies with a classically chewy texture, and they’re also a bit sticky if you break them in half. The texture reminds me of a no-bake cookie.

The Samoas Girl Scout cookie is easily the most divisive, as one of the main ingredients is coconut, a consistently polarizing food. It seems that most people I’ve spoken with who don’t enjoy the donut-shaped chocolate and caramel goodness of this cookie are usually not a fan of coconut. Go figure.

How my colleagues voted

I also wanted to see which Girl Scout cookie was the favorite among the CNET staff. To my surprise, nearly 55% voted for Samoas, with Thin Mints coming in second place with just over 27%.

Read On: DoorDash Will Deliver Your Girl Scout Cookies. Here’s How

The Girl Scouts sell about 200 million boxes of cookies a year. According to the GSUSA website, these are the best-sellers.