Georgia realtor receives invitation to play the Masters by mistake 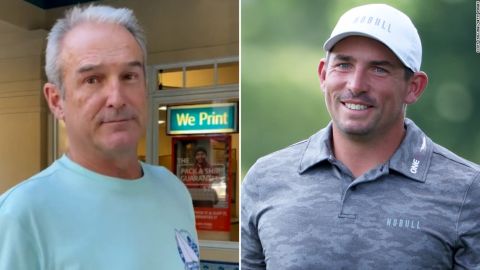 Scott Stallings arrived at his condo on Georgia’s Saint Simons Island to find a package holding the most prestigious letter in golf.

He’d been invited to play in the Masters tournament in April. The only problem was this Scott Stallings is a realtor in Atlanta, not the the world’s 54th ranked golfer who is also a three-time PGA Tour winner.

“I’m (emoji 100) sure this is NOT for me,” the realtor Stallings wrote in a direct message to the pro-golfer Stallings. “I play but wow! No where near your level.”

The pro-golfer Stallings – who is in Hawaii – tweeted he was “checking the mailbox five times a day” for an invitation to return to the Masters for the first time since 2014. Instead he got a direct message on Instagram from the realtor saying he had received the invitation by mistake. CNN has reached out to Augusta National for comment on the mishap.

Literally had been checking the mailbox five times a day and then I got this random DM yesterday 🫠 pic.twitter.com/yMvUYm3ioK

The realtor Stallings told CNN at first the pro-golfer thought that it was a prank, but he was convinced after seeing a photo of the invitation that the realtor also posted on Instagram.

“Trust me! I was thinking of showing up with my clubs and the invite,” the realtor said in an Instagram post, adding that his wife convinced him to reach out to the other Stallings.

Interestingly enough, both Stallings have a wife named Jennifer.

The situation was rectified when the realtor took the invitation to a local shipping store and mailed it to its rightful recipient.