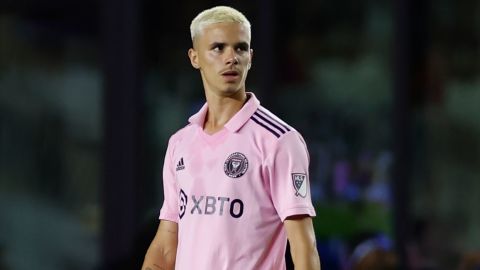 Romeo Beckham has joined Brentford’s B team until the end of the season.

Romeo Beckham, son of former England captain and soccer icon David Beckham, has joined Premier League Brentford’s B team for the rest of the season on a loan deal from MLS NEXT Pro club Inter Miami CF II.

The 20-year-old midfielder will join his new teammates in Brentford’s reserve team, playing in the Premier League Cup and overseas matches.

“I came here at the start to keep fit during the off season. The chance then came to come on loan here and I’ve never been so excited.”

Beckham made 20 appearances for Inter Miami II last season, playing in the MLS NEXT Pro league, and contributed 10 assists – the most in the league – as well as two goals.

In July, he was a substitute for Inter Miami, which is co-owned by his father David, in a friendly against La Liga side Barcelona. 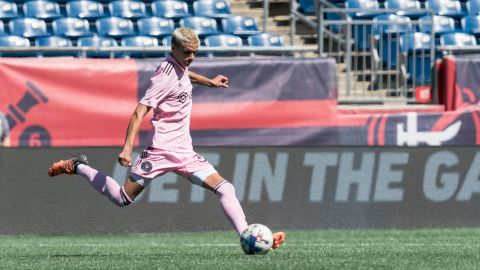 “It was a fun season [in the USA] and there were a lot of ups and downs but I’m excited to come here and see what I can do,” he added.

“I love how we have the opportunity to play at different levels, both abroad and here.”

“Exciting start to the year. Now the hard work & fun begins. Proud of you mate,” David Beckham posted on his Instagram story alongside a photo of him and Romeo holding a Brentford jersey outside the club’s training facility.

Playing under Brentford B head coach Neil MacFarlane and assistant coach Sam Saunders, Beckham says that he hopes to continue his footballing development, learning from the players around him and playing against men’s teams overseas.

“We go across to play some men’s teams and it’s a good experience,” Beckham added. “[I want] to get the experience to play against men and get physically stronger and we’ll see how that can progress me.”