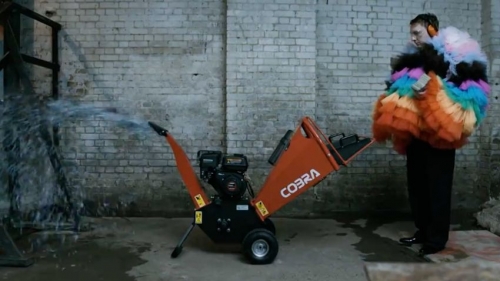 See the moment a British comedian shreds £10,000 over David Beckham deal with Qatar

English football great David Beckham has addressed criticism over his role as an ambassador for Qatar during the World Cup, saying it is “positive that debate about the key issues has been stimulated directly by the first World Cup being held in the region.”

British comedian Joe Lycett called on Beckham to step down from his role fronting the tournament due to Qatar’s human rights record, particularly its stance on homosexuality, which is illegal in the Gulf state, and said he that he would shred £10,000 ($11,800) if he did not receive a response from the football star.

Lycett said he did not receive a response from Beckham by his imposed deadline, which led to him sharing a video of himself appearing to shred the cash when the tournament kicked off on November 20 – but he later claimed he had “donated to LGBTQ+ charities” and not shredded any money.

“We understand that there are different and strongly held views about engagement in the Middle East but see it as positive that debate about the key issues has been stimulated directly by the first World Cup being held in the region,” Beckham’s spokesperson told CNN via a statement Friday.

“We hope that these conversations will lead to greater understanding and empathy towards all people and that progress will be achieved,” the statement went on to say. 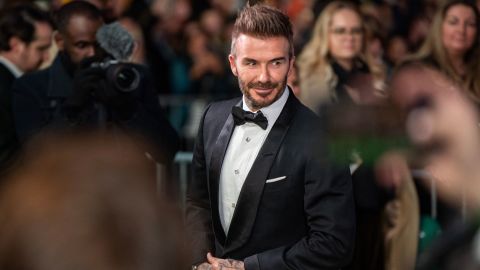 Beckham’s role as ambassador for Qatar during the World Cup has been criticized due to Qatar’s human right’s record — particularly its stance on homosexuality.

“David has been involved in a number of World Cups and other major international tournaments both as a player and an ambassador and he has always believed that sport has the power to be a force for good in the world. Football, the most popular sport globally, has a genuine ability to bring people together and make a real contribution to communities,” Beckham’s spokesperson added.

The tournament has been mired in controversy, with much of the build-up focusing on human rights, from the death of migrant workers and the conditions many have endured in Qatar, to LGBTQ and women’s rights.

A report from Human Rights Watch (HRW) published in October documented alleged cases of beatings and sexual harassment while in detention. According to victims interviewed by Human Rights Watch, security forces allegedly forced transgender women to attend conversion therapy sessions at a “behavioral healthcare” center sponsored by the government.

A Qatari official told CNN that the HRW allegations “contain information that is categorically and unequivocally false.”

Lycett took aim at Beckham last month and said in a video: “You’re the first Premiership footballer to do shoots with gay magazines like Attitude, to speak openly about your gay fans.”

“Now, it’s 2022. And you signed a reported £10 million deal with Qatar to be their ambassador during the FIFA World Cup.”

Lycett was not the first person or group to criticize Beckham for his ambassadorship.

Adelaide United player Josh Cavallo, who came out as gay last year, told CNN Sport he would like to see Beckham using his platform to support the LGBTQ community instead of promoting the Qatari government.

“If someone like David Beckham with his platform does get around us and becomes an ally that we are wanting him to be, it is really helpful.

“If he could take that next step and show what he means to the LGBTQ community, that would be fantastic.”

The World Cup ends on Sunday with Argentina facing defending champion France in the final in Qatar.