Actress Elle Fanning stayed on trend, wearing a billowing cream-colored gown with a subtle cut-out across her torso for the event celebrating the best in movies and television.

Chelsea Handler is set to host the star-studded show at the Fairmont Century Plaza Hotel in Los Angeles.

‘TITANIC’ DIRECTOR JAMES CAMERON HAD TO CONVINCE LEONARDO DICAPRIO TO DO FILM: ‘HE THOUGHT IT WAS TOO EASY 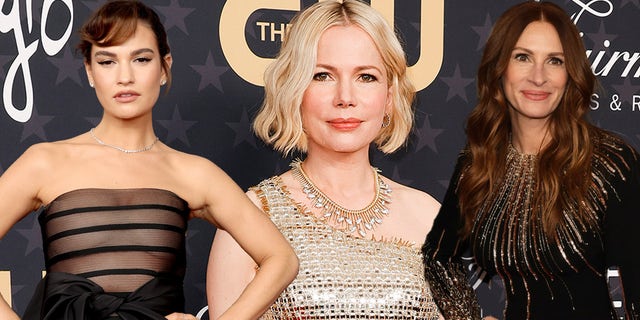 Julia Roberts wore a sparkling long-sleeved dress at the ceremony. Her gown featured ribbons of gilded sequins running down her arms.

Michelle Williams was simply shining in a metallic number with a matching diamond necklace while walking the red carpet with her best friend, Busy Philipps. 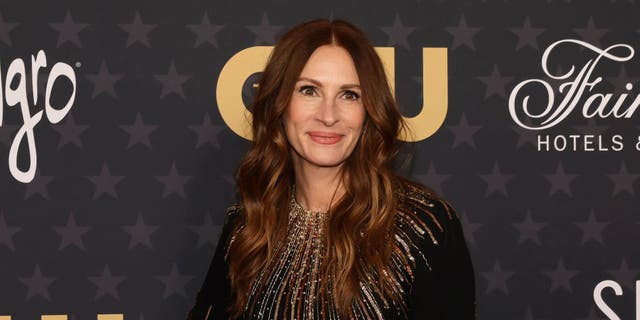 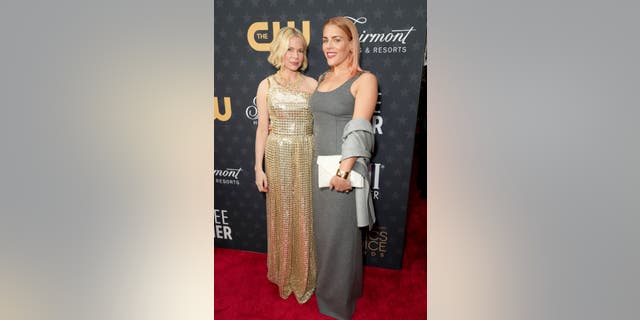