Can China’s Zhou Guanyu do for F1 what Yao Ming did for basketball? 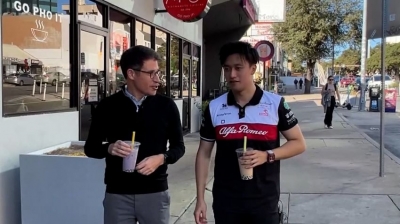 As China’s first ever full-time Formula One driver, Zhou Guanyu makes a living doing the sort of things many people can only dream about: traveling the world and racing in a fast car.

“It’s the acceleration, the downforce, the G-force,” Zhou said when describing the thrill of driving at speeds in excess of 220 miles per hour (354 kilometers per hour) and accelerating from 0 to 60 mph in under three seconds.

“I think the only difference between Formula One and a roller coaster is that you have to be controlling where you’re going, and you have to be at 100% of yourself,” he told CNN.

Zhou has been putting his all into driving since he was a young boy growing up in Shanghai. Today, some people tip him to become F1’s answer to Yao Ming, the Chinese NBA sensation often credited with making basketball popular in his home country.

It was back in Shanghai in 2004 that – at just 5 years old – Zhou watched Rubens Barrichello win the first ever Chinese Grand Prix ahead of his hero Fernando Alonso. The moment helped to solidify his interest in racing and has stayed with him ever since, he said. 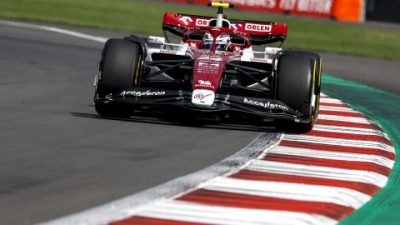 “Whenever it was my birthday or something, I’d ask my parents to get me a little car that I could play with around the sofa at my house,” Zhou recalled.

“We actually changed the sofa after a few years because the leather was being scratched … I was pushing it hard doing my own imagination of racing,” he said.

Zhou’s imagination prevailed. There was a lack of Chinese racing role models, so he created a path of his own.

He began go-karting – where many top drivers cut their teeth as young F1 hopefuls – not long after that maiden Chinese Grand Prix. By the age of 8, he was racing competitively.

A pivotal moment in his racing life came at age 12, when he left Shanghai for Sheffield, in the United Kingdom, to continue his development with the Strawberry Racing Karting team.

Moving from China’s most populous city to a relatively quiet area of northern England meant a massive adjustment – not least because at the time he spoke little English – but the move put him on the road to realizing his ambitions.

The karting scene in the UK was more competitive than in China and he enjoyed early success, winning both the Super 1 National Rotax Max Junior Championship and Rotax Max Euro Challenge before being offered a stint at the Ferrari Driver Academy, a breeding ground for future racing stars.

Zhou soon began taking the wheel of ever faster vehicles as he climbed through the ranks of F4, F3 and F2. While great for his career, that could be nerve-wracking to watch for the family that had moved with him to Sheffield.

“My mom was definitely the one who worried a lot in the beginning,” Zhou recalled. “But then now she’s like, for me getting more mature and everything, it’s easier for her now.”

While Zhou’s rise was long in the making, it was his breakthrough as the first Chinese full-time F1 driver – when he joined Alfa Romeo for the 2022 season – that really caught the world’s attention.

“It is about time we had drivers from all of the continents and countries,” said his teammate, Finnish ace Valtteri Bottas.

Zhou made headlines in July after a horrific high-speed crash during the British Grand Prix, afterward crediting his car’s halo protection device for saving his life. 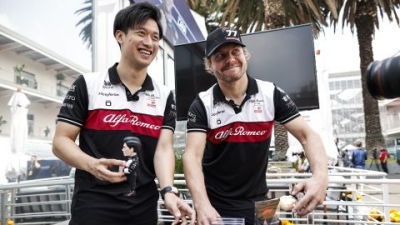 Zhou with his teammate Valtteri Bottas at the Mexican Grand Prix 2022 in October.

A basketball fan, Zhou shares his racing number with that of his favorite player, the late Kobe Bryant, who wore the number 24 for some of his career with the LA Lakers.

But it’s comparisons to another of Zhou’s sporting heroes – former NBA great Yao – that have most excited many fans and sponsors.

“Who knows, maybe in 10 years time, you know, I could have the same effect. And that’s my aim definitely,” he said, referring to Yao’s legacy of helping to popularize his sport at home.

F1’s backers hope Zhou’s presence could help to expand the appeal of the motorsport to an even larger global audience.

“It’s a great opportunity for Formula One to make inroads in China,” said Christine Brennan, a CNN sports analyst.

“There’s no doubt that it just takes one driver, just takes, as we saw, one NBA player with Yao Ming, it takes one Olympian with Eileen Gu, just one and people can just go head over heels for that athlete,” she said. 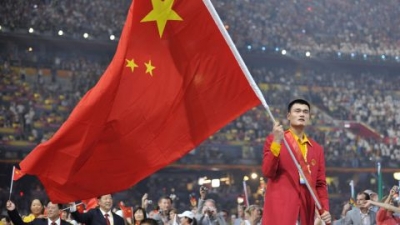 Chinese basketball star Yao Ming leads the Chinese delegation during the opening ceremony of the 2008 Beijing Olympic Games in Beijing on August 8, 2008.

Plans to grow the sport in China may have hit a slight kink in the road, with unconfirmed reports this week claiming plans to hold the Chinese Grand Prix for the first time since 2019 could be put on hold due to the country’s restrictive Covid policies. Still, even if the 2023 iteration of the race is canceled, Zhou’s presence on the grid for the rest of the season should give Chinese fans plenty to cheer about.

Even now, Zhou’s fanbase has grown to the point where he is often recognized when he is out on the streets of London, where he now lives.

“I have to hide myself because there’s a lot of Chinese people there,” Zhou said. 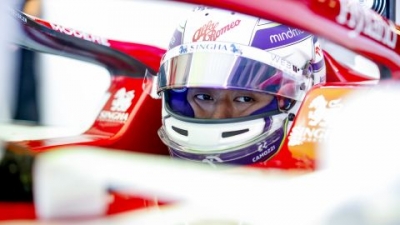 Zhou Guanyu lines up for the Mexican Grand Prix in October.

Staying low profile might be harder than it sounds for a driver known for his eclectic wardrobe choices and colorful race helmets. Indeed, such is his love of clothes he is already considering fashion design as a fall-back career.

“I’ve thought about it already. That’s something I really want to do in the future when I don’t do racing,” he said. “I love designing cool stuff, having my own advice, ideas, putting some creative stuff together.”

For now though, his focus remains on the track and the possibility his career may one day take him back to where it all began – the Grand Prix in Shanghai, if and when Covid restrictions allow.

“There’s a lot of people looking up to me,” Zhou said. “And I’m making everyone at home very proud.”