The collector of historic bikes is selling more than 60 pieces – nearly half of his private collection – and featuring them at “the world’s largest motorcycle auction” in Las Vegas. The 58-year-old will be present to support Mecum Auctions, which is handling the sale. The 32nd Annual Mecum Las Vegas Vintage & Antique Motorcycle Auction is happening Jan. 24-28.

“It’s just time,” Wolfe recently told USA Today. He described the experience to those who reach out to his hit series on the History Channel.

According to the outlet, Wolfe never cleans or restores his bikes. They will be in the exact condition he found them in. 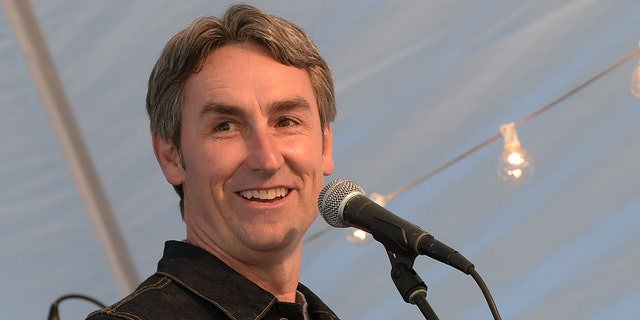 “I’ve always celebrated the fact of something being ‘as found’ because I’ve wanted to continue its journey with me the same way I found it,” he shared. “I feel connected to it if I leave it ‘as found.’”

He noted that an “as found bike” is “telling you its story as you’re looking at it.”

“Now, if I was to clean this thing, or take it apart and restore it, it would immediately mean not much to me at all because then you start looking at the restoration, and you stop looking at the history of the bike.”

According to Mecum Auctions, Wolfe’s collection features some of the rarest motorcycles, including models of Harley-Davidsons and Indians that are “legends” within the collecting community. They include a 1909 Yale Single, multiple Indian Fours from the ‘30s and ‘40s, as well as a 1921 Harley-Davidson JD with a sidecar.

Growing up, the Illinois native befriended locals with garages overflowing with “rusty junk” and learned about the art of finding treasure. In his 20s, Wolfe worked at a warehouse building bikes. He later specialized in antique motorcycles.

Wolfe famously showcases his knowledge on “American Pickers,” which follows him as he travels the country to “earn a living by restoring forgotten relics to their former glory, transforming one person’s trash into another’s treasure,” according to History.com.

Wolfe previously took to Instagram in December to announce the sale.

“I’m one link in the chain when it comes to the history of these bikes,” he wrote at the time. “I’ve personally made the decision to honor them the way I’ve found them, now it’s going to be someone else’s journey that will take them down the road further.” 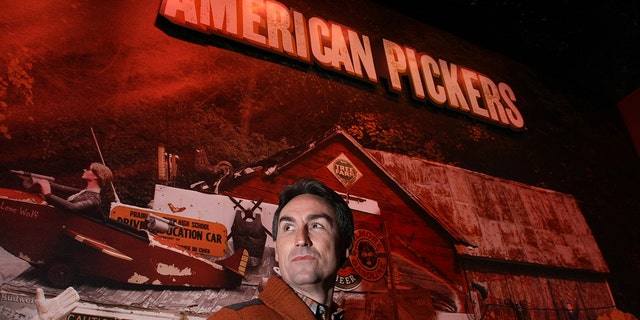 "American Pickers" premiered in 2010 on the History Channel. It quickly became a huge hit.
(Getty Images)

In 2019, Wolfe spoke to Fox News Digital about his first beloved discovery – a bicycle he found in the garbage at age 4 while walking to school.

“Anything early American motorcycle I absolutely love,” Wolfe explained. “The motorcycle industry was actually spawned from the bicycle industry. So around the turn of the century, people were already looking at putting motors on bicycles… The innovation is very interesting to me. But there were a lot of small manufacturers of motorcycles that disappeared after making one or two models. So that’s really truly my passion – finding that stuff, whether it’s a frame, an engine, or a gas tank… A lot of the manufacturers that were making motorcycles back then also started making cars. So it’s fascinating to me.”