Rep. Ruben Gallego made it official on Monday, launching a Democratic Senate campaign in the key southwestern battleground state of Arizona, the latest sign that the 2024 battle for the Senate majority is off to a frantic pace.

“Growing up poor, all I had was the American dream. It kept me going: as a kid sleeping on the floor, a student scrubbing toilets, a Marine losing brothers in Iraq,” the five-term progressive congressman wrote on Twitter. “Today, too many Arizonans see their dream slipping away. I’m running for the U.S. Senate to win it back for you!”

Gallego is running for the seat currently held by Kyrsten Sinema, the former moderate Democratic lawmaker who last month announced she was leaving the party and registering as an Independent. Sinema has yet to announce if she’ll seek another term in 2024.

Sinema’s seat is a top target for Senate Republicans next year, as they aim to win back the Senate majority they lost in the 2020 election cycle. The National Republican Senatorial Committee (NRSC), the campaign arm of the Senate GOP, quickly highlighted that “the Democrat civil war is on in Arizona.” 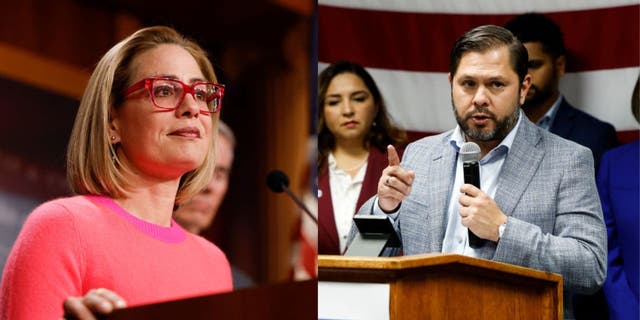 Sen. Kyrtsen Sinema has yet to announce if she’ll seek another term in 2024, but Rep. Ruben Gallego announced Monday he’s running for the Arizona Senate seat.
(Fox News Digital/Getty Images)

Gallego’s announcement is the latest early move in the battle for the Senate. While the chamber has been nearly dormant this month – lawmakers return to Capitol Hill on Monday – there’s been plenty of action on the campaign trail from coast to coast.

“It’s unusual for the campaign season to begin before the senators start rolling in and legislating,” longtime Republican strategist Zack Roday, a veteran of numerous Senate and gubernatorial campaigns, told Fox News Digital “It seems the campaign season takes on a new start date every two years and this one has been a frantic pace at the jump.”

And Jesse Hunt, a former NRSC and National Republican Congressional Committee (NRCC) communications director, spotlighted that “we’ve entered a permanent campaign cycle a few cycles and it has only progressed even more to the point now where there’s very little downtime between the end of one election and the beginning of another.”

“More candidates are jumping in earlier to try to get a fundraising or talent advantage, an earned media advantage. They see that as a potential benefit so they’re announcing earlier,” Hunt, who ran communications for the Republican Governors Association last cycle, emphasized.

Democrats flipped a GOP Senate seat in Pennsylvania in November’s midterm elections, and they currently hold a 51-49 majority in the chamber – which includes three independent senators who caucus with the Democratic conference.

But Republicans are energized by a very favorable Senate map in 2024, with Democrats defending 23 of the 33 seats up for grabs. Three of those seats are in red states former President Donald Trump easily carried over President Biden in 2020: Ohio, West Virginia and Montana. Five other Democratic seats are in key swing states narrowly carried by Biden in the 2020 presidential election: Arizona, Michigan, Nevada, Pennsylvania and Wisconsin. 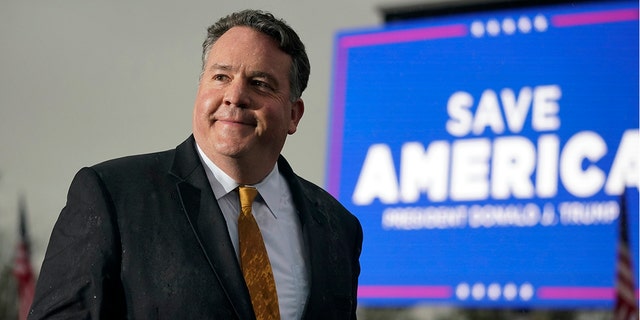 The 2024 Senate action ignited just a week after November’s midterms, when Republican Rep. Alex Mooney of West Virginia declared his candidacy. Mooney is aiming to succeed moderate Democratic Sen. Joe Manchin, a former governor who faces a challenging re-election in a state that’s shifted far to the right in recent cycles. Manchin has yet to announce whether he’s running for re-election. Mooney may soon have some company for his party’s Senate nomination, as term-limited GOP Gov. Jim Justice is seriously mulling a bid.

In Indiana, Republican Rep. Jim Banks earlier this month launched a Senate campaign to succeed GOP Sen. Mike Braun, who last month announced that he’s bidding for governor of the Hoosier State rather than seek re-election.

Potentially joining Banks in the coming weeks is former two-term Republican Gov. Mitch Daniels, a 73-year-old former top official in President George W. Bush’s administration who, until stepping down at the end of last year, served the past decade as president of Purdue University. But even ahead of the looming announcement by Daniels, the primary race is showing signs of becoming very heated quite quickly. 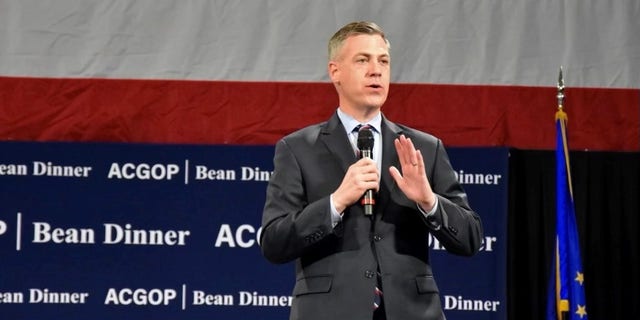 Democratic Sen. Debbie Stabenow announced she won’t seek another term in 2024, giving Democrats plenty of heartburn in the key Midwestern swing state of Michigan. But last week Democratic Sen. Tim Kaine of Virginia gave his party some relief, as he announced he’ll run for re-election in another competitive general election state.

Republican Matt Dolan became the first major GOP candidate to declare as Republicans aim to defeat longtime Democratic Sen. Sherrod Brown of Ohio next year. And in California, progressive Rep. Katie Porter launched a Senate bid without waiting for the expected retirement announcement later this year by another longtime Democratic senator, Dianne Feinstein. While Porter’s the first in, the Democratic field is likely to quickly grow and the primary race is expected to turn combative.

“There’s no doubt when you’ve got a lot of challenging primaries ahead, people are looking to stake their claim early and jump into the race early,” Roday noted. And he highlighted that the contenders announcing early are not long shots who are starving for attention but “quality candidates that typically like to shorten the timeframe of a race.”

The strategy, Roday said, is to “build your infrastructure early so that you can sap any potential for a rival primary candidate to jump in later.”

It’s not just the candidates who are getting an early jump on the 2024 cycle.

The Club for Growth, a fiscally conservative political organization that spends freely in GOP primaries, is already up with an ad in Indiana that charges that Daniels is “not the right guy for Indiana anymore.” 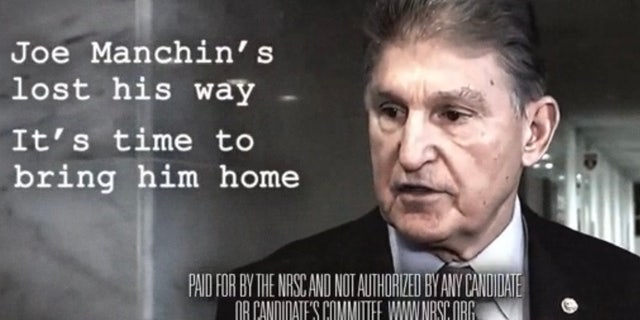 The NRSC launched a "retire or get fired" digital campaign targeting Manchin.
(NRSC)

And as Fox News first reported earlier this month, the NRSC launched a “retire or get fired” digital campaign targeting Manchin, Brown and Democratic Sen. Jon Tester of Montana, another Democrat in a red state who faces a potentially challenging re-election should he bid for another term.

Some Republican strategists say the intense action’s an indicator of the party’s energy and enthusiasm as it aims to win back the Senate majority.

Hunt noted that the GOP’s lackluster results in the midterms – in what many expected to be a red wave election – “left a bad taste in a lot of people’s mouths and there are many who think things can be improved upon and Republicans should be encouraged by a lot of the early activity and what it means for the hopes of taking back the Senate.”