A former senior FBI counterintelligence official who spearheaded the Trump-Russia probe was arrested and charged over his own alleged ties to a sanctioned Russian oligarch amid the war in Ukraine.

Charles McGonigal, the former Special Agent in Charge of FBI’s Counterintelligence Division in New York, who retired in 2018, is accused of violating U.S. sanctions by agreeing to provide services to Oleg Deripaska, a sanctioned Russian oligarch. He is charged alongside Sergey Shestakov, a former Soviet and Russian diplomat who later became a U.S. citizen and a Russian interpreter for courts and government offices, through a five-count indictment unsealed in Manhattan federal court Monday.

McGonigal and Shestakov both were arrested Saturday. The indictment is a rare move by federal prosecutors to bring charges against a senior former FBI official before a federal grand jury.

Though not referenced in or related to the indictment, McGonigal, while serving as chief of the cybercrimes section at FBI headquarters in Washington, D.C., was one of the first bureau officials to learn of allegations George Papadopoulos, a campaign adviser for Donald Trump, boasted that he knew Russians had dirt on Hillary Clinton, launching the investigation into alleged Russian election interference known as Operation Crossfire Hurricane. 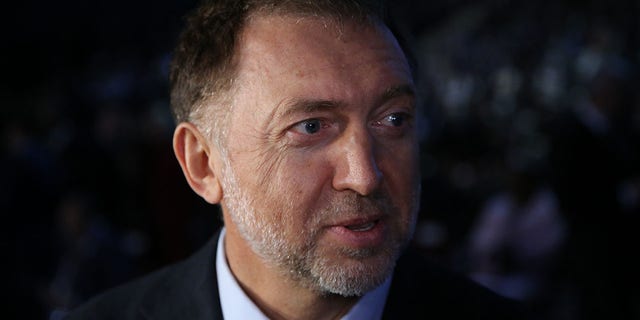 Russian billionaire and businessman Oleg Deripaska seen at the plenary session during the Saint Petersburg Economic Forum SPIEF 2022, on June 17, 2022, in Saint Petersburg, Russia. Most Western business executives and leaders will be missing from the Russia’s annual economic forum amid harsh sanctions against Russian after the country’s military invasion of Ukraine.
(Contributor/Getty Images)

McGonigal, 54, of New York City, and Shestakov, 69, of Morris, Connecticut, “both previously worked with Deripaska to attempt to have his sanctions removed, and, as public servants, they should have known better,” U.S. Attorney for the Southern District of New York Damian Williams said in a statement. “This Office will continue to prosecute those who violate U.S. sanctions enacted in response to Russian belligerence in Ukraine in order to line their own pockets.”

“The FBI is committed to the enforcement of economic sanctions designed to protect the United States and our allies, especially against hostile activities of a foreign government and its actors,” FBI Assistant Director in Charge Michael J. Driscoll said. “Russian oligarchs like Oleg Deripaska perform global malign influence on behalf of the Kremlin and are associated with acts of bribery, extortion, and violence.” 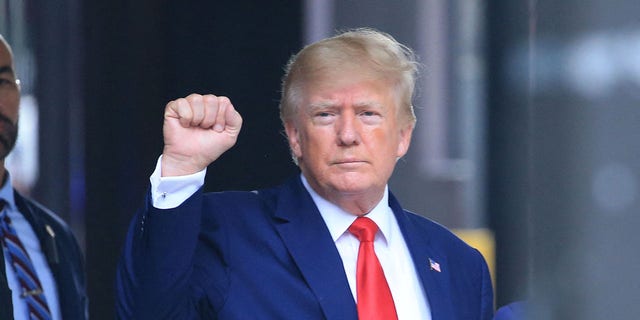 Former US President Donald Trump raises his fist while walking to a vehicle outside of Trump Tower in New York City on August 10, 2022.
(STRINGER/AFP via Getty Images)

“After sanctions are imposed, they must be enforced equally against all U.S. citizens in order to be successful,” Driscoll added. “There are no exceptions for anyone, including a former FBI official like Mr. McGonigal. Supporting a designated threat to the United States and our allies is a crime the FBI will continue to pursue aggressively.”

It was then-President Barack Obama who in 2014 issued Executive Order 13660, which declared a national emergency with respect to the situation in Ukraine following the annexation of Crimea.

On April 6, 2018, the U.S. Department of the Treasury’s Office of Foreign Assets Control (“OFAC”) designated Deripaska as a Specially Designated National (“SDN”), sanctioning him for acting on behalf of a senior official of the Russian Federation’s government and for operating in the Russian energy sector. 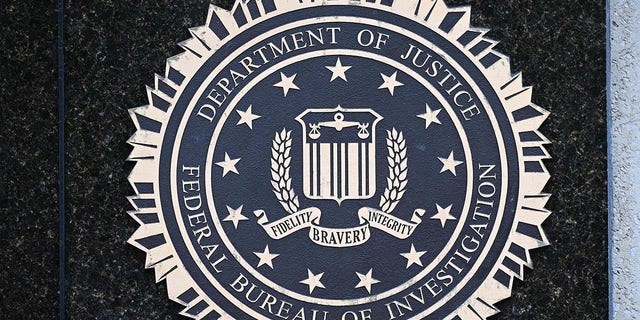 The seal of the Federal Bureau of Investigation is seen outside of its headquarters in Washington, DC on August 15, 2022.
(MANDEL NGAN/AFP via Getty Images)

In 2021, the two defendants agreed to and did investigate a rival Russian oligarch of Deripaska in return for concealed payments from Derispaska, in violation of sanctions the United States imposed in 2018, the indictment says. McGonigal and Shestakov allegedly knew their actions violated U.S. sanctions because, among other reasons, while serving as special agent in charge, McGonigal received then-classified information that Deripaska would be added to a list of oligarchs considered for sanctions.

As part of their negotiations with Deripaska’s agent, McGonigal, Shestakov and the agent attempted to conceal Deripaska’s involvement by, among other means, not directly naming Deripaska in electronic communications, using shell companies as counterparties in the contract that outlined the services to be performed, using a forged signature on that contract, and using the same shell companies to send and receive payments from Deripaska, according to the indictment.

In 2019, McGonigal and Shestakov also allegedly worked on behalf of Deripaska in an unsuccessful effort to have the sanctions against Deripaska lifted. In November 2021, when FBI agents questioned Shestakov about the nature of his and McGonigal’s relationship with Deripaska’s agent, the interpreter made false statements in a recorded interview, federal prosecutors said.