A Wisconsin Republican congressman-elect blasted Rep.-elect Matt Gaetz, R-Fla., for “dragging” out the speaker fight to fundraise off of it.

Wisconsin Rep.-elect Derrick Van Orden, a Republican, torched his Florida colleague for holding up the House by siphoning away votes from GOP Leader Kevin McCarthy during the days-long speaker battle.

“Gaetz has dumped Trump and moved on to Jordan who does not want the job and Gaetz knows it,” Van Orden tweeted on Friday. “He is dragging this out to make money. What is more swampy than that?” 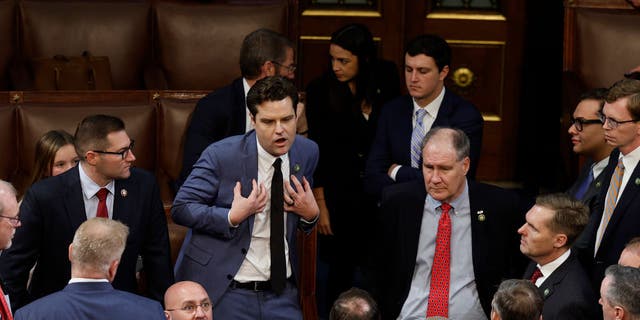 “I am calling for him to donate the money he is fundraising off this to the charity [of] his choice,” he continued.

The Wisconsin congressman-elect shared screenshots of two fundraising pitches sent out by Gaetz: an email and a text message using the chaos on the House floor to fill his campaign coffers.

“Kevin McCarthy wants to fund an ‘endless war’ against me because I don’t support his coronation to speaker,” Gaetz wrote in the fundraising text. “Kevin is owned by the lobbyists [and] has sold himself to the Swamp.”

“He’s standing in the way of a true MAGA majority,” Gaetz continued before asking for donations.

Gaetz wrote in his fundraising email that “McCarthy and his allies have pulled every trick in the book to silence me and give the Swamp’s biggest alligator his coronation as Speaker of the House.”

A Gaetz spokesperson pointed Fox News Digital to his Thursday interview on the Ingraham Angle where he weighed in on Rep.-elect Andy Biggs’, R-Ari., own fundraising emails on the speaker drama.

“I’ve sent out similar emails and the reason is because pro-McCarthy groups have been running robocalls in our districts trying to pressure us and leverage us,” Gaetz said. “So, yes, when you have Kevin McCarthy utilizing his extensive political resources to battle against House conservatives, we want the great patriots all throughout this land to go to MattGaetz.com, chip in, so I can fight back and get a message out about the great things that we are working to achieve.”

Van Orden is set to begin his first term in Congress after a speaker is chosen and he is sworn-in. He replaces former Rep. Ron Kind, D-Wis., who retired at the end of the last House term. 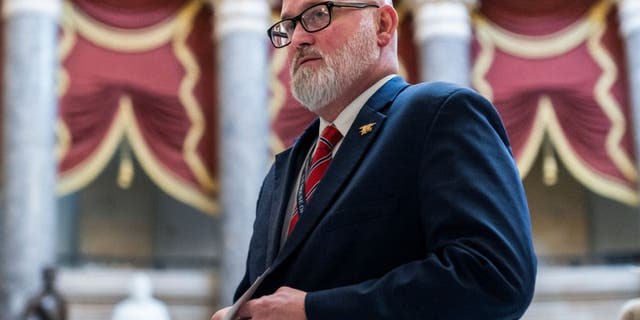 "I am calling for him to donate the money he is fundraising off this to the charity [of] his choice," Van Orden wrote on Twitter.
(CQ-Roll Call)

Twenty-one Republican holdouts dwindled to six as McCarthy continues his quest for speaker and negotiates with the holdouts to take the gavel.

Gaetz is dug in against McCarthy and has been nominating secondary GOP candidates, such as Reps.-elect Jim Jordan of Ohio, Byron Donalds of Florida, and former President Trump.

McCarthy can only lose four votes to get the gavel, so he will have to convince two of the remaining six holdouts to support his bid for the dias.