The order also directs state law enforcement agencies and other state agencies to provide resources to support local government in responding to the sharp increase in migrant landings in South Florida. The majority of the migrants are fleeing Cuba and other Caribbean nations.

“As the negative impacts of Biden’s lawless immigration policies continue unabated, the burden of the Biden administration’s failure falls on local law enforcement who lack the resources to deal with the crisis,” DeSantis said. “That is why I am activating the National Guard and directing state resources to help alleviate the strain on local resources. When Biden continues to ignore his legal responsibilities, we will step in to support our communities.” 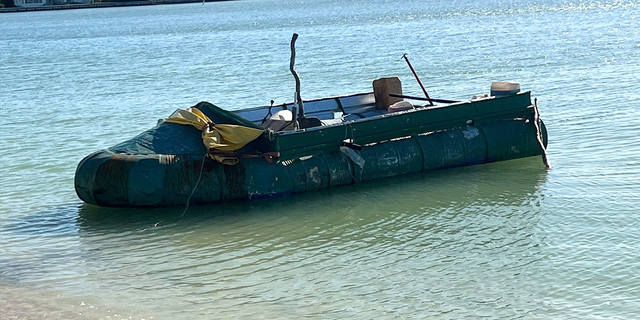 Hundreds of migrants have entered the Sunshine State since the beginning of the year, mostly from Cuba
(Miami U.S. Border Patrol) 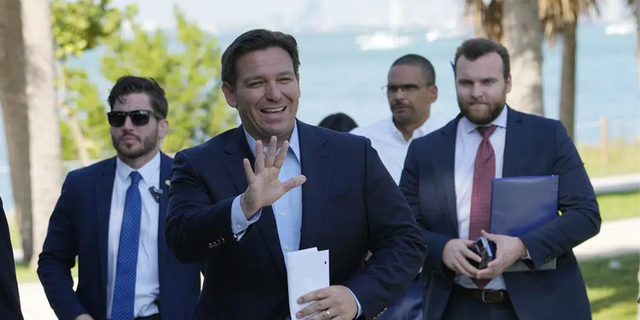 According to a news release, the state will “will deploy air assets, including airplanes and helicopters from the Florida National Guard, and will bolster Florida Fish and Wildlife Conservation Commission marine patrol to support water interdictions and ensure the safety of migrants attempting to reach Florida through the Florida Straits.”

DeSantis’ move comes after the Coast Guard picked up over 300 migrants at Dry Tortugas National Park, the park is 70 miles west of Key West, on Wednesday and transported them to Key West on Thursday. Seven chartered buses were needed to take them to U.S. Border Patrol stations.

The Park Service was forced to close the park after hundreds of migrants arrived at the islands over the New Year’s weekend. The park will reopen its doors to residents and visitors on January 8.

Since August 2022, federal, state and local law enforcement have encountered more than 8,000 migrants in waters off the coast of Florida, the governor’s office said.

On Friday, the U.S. Border Patrol announced that over the previous 24 hours, agents responded to five landings and apprehended 90 Cuban migrants in the Florida Keys. 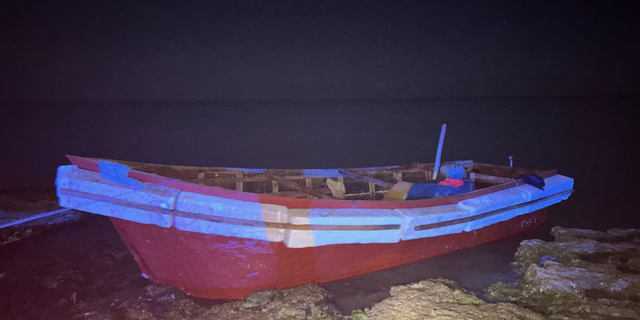 The governor’s declaration criticized the Biden administration for its handling of immigration, calling it "inept" and that it "failed to provide the resources necessary to respond to the current mass migration event."
(Miami U.S. Border Patrol) 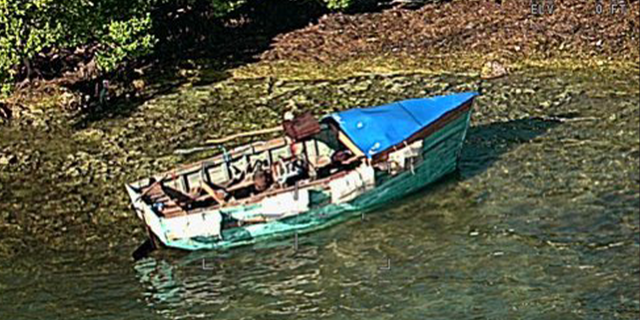 Gov. Ron DeSantis activated the Florida National Guard on Friday in response to a surge in migrants coming in boats to the Florida Keys.
(Miami U.S. Border Patrol)

DeSantis’ announcement comes a day after the Biden administration announced a new policy for immigration from Cuba and other countries at America’s land border with Mexico. On Thursday, Biden announced that the U.S. would allow 30,000 individuals a month from Haiti, Cuba and Nicaragua.

“We anticipate this action is going to substantially reduce the number of people attempting to cross our southwest border without going through a legal process,” Biden stated.