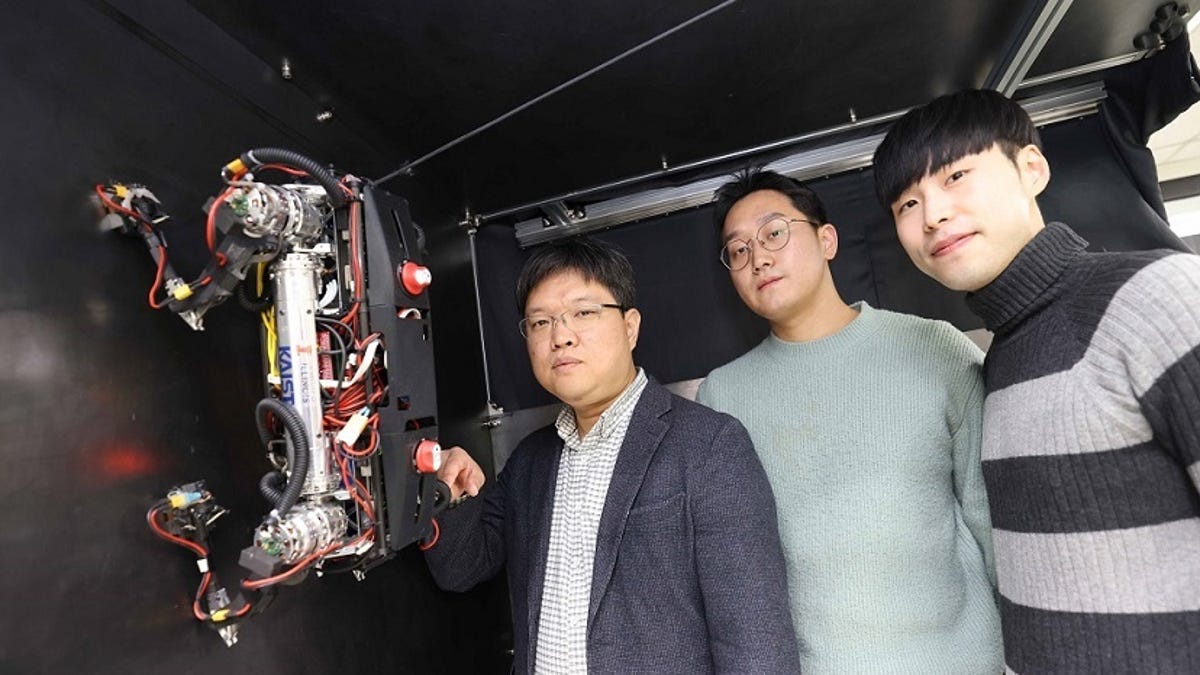 Look up. What’s that creature walking across the ceiling? It’s not a spider. It’s Marvel, a four-legged robot that can quickly climb walls and walk across ceilings. The name stands for “magnetically adhesive robot for versatile and expeditious locomotion.” One caveat: It only works on metal surfaces.

A team of researchers from the Korea Advanced Institute of Science and Technology (KAIST) developed the robot and published a paper on its abilities in the journal Science Robotics last month.

While wall-climbing robots aren’t new, Marvel excels in speed and agility thanks to its innovative foot design. KAIST said it “climbs steel walls and crawls across metal ceilings at the fastest speed that the world has ever seen.” The robot can turn the magnetic force in its feet on and off, allowing it to stick or release as needed.

KAIST released a video detailing how Marvel’s feet work along with bonus footage showing it scaling a rusty, dusty storage tank as proof of its versatility.

Headless quadrupedal robots always spark conflicting feelings in me. On one hand, they remind me of eager puppies. On the other, they don’t have noggins or fur. They’re enchanting, but not cuddly. One nice thing about a sci-fi robot apocalypse scenario involving Marvel is that you’d hear it coming. Its feet make a distinctive clicking sound.

But don’t worry. Marvel is here to be a helper. “These walking robots are expected to be put into a wide variety of usage, KAIST said, “including being programmed to perform inspections, repairs, and maintenance tasks on large structures made of steel, such as ships, bridges, transmission towers, large storage areas, and construction sites.” Good robot.