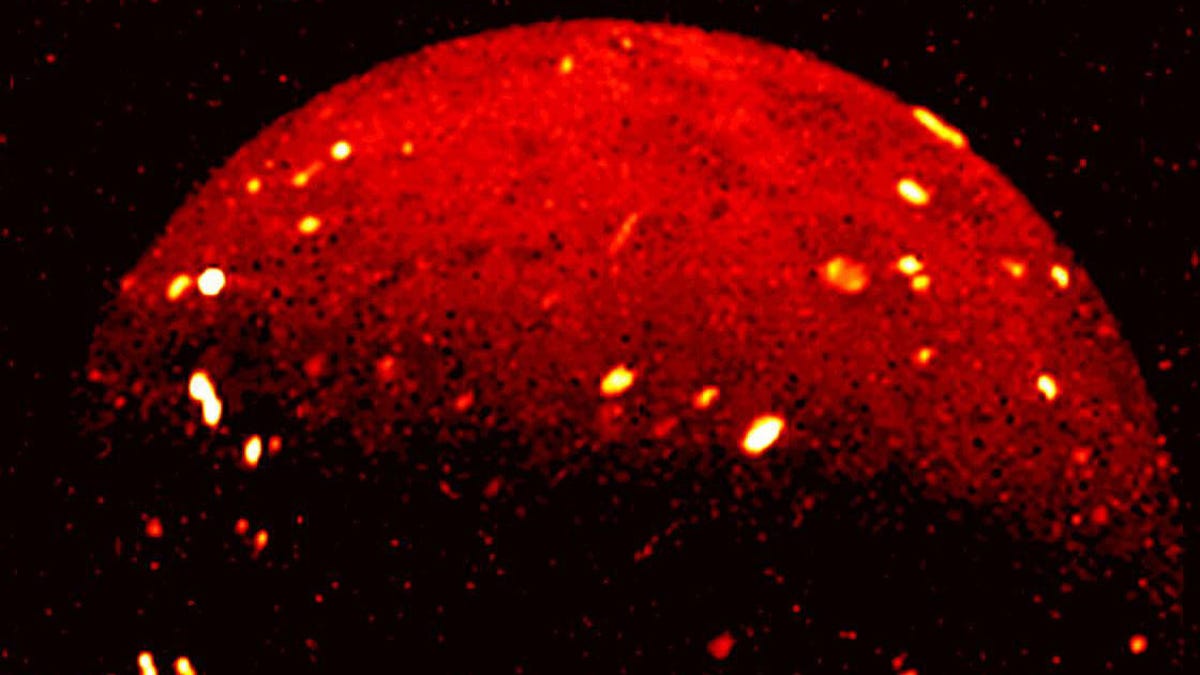 The bright spots indicate higher temperatures in this infrared view of Jupiter moon Io as seen by the Juno spacecraft in July 2022.
NASA/JPL-Caltech/SwRI/ASI/INAF/JIRAM

Shortly before NASA’s Juno spacecraft made its first of several planned close passes by Jupiter’s moon Io in December, the fiery world began an extended outburst of volcanic activity.

This revelation came Tuesday not from NASA or Juno, but from observations made with a small robotic telescope based in the Arizona desert.

Physicist Jeffrey Morgenthaler from the Planetary Science Institute used the Io Input/Output observatory (IoIO) near Benson, Ariz., to discover the largest outburst of volcanism recorded on Io over the past five years. Io is one of Jupiter’s four large Galilean moons and the most volcanically active body we know of in the solar system.

IoIO recorded an increase in sodium and ionized sulfur between Io and Jupiter starting in September and lasting until December, which indicates an increase in volcanic activity. 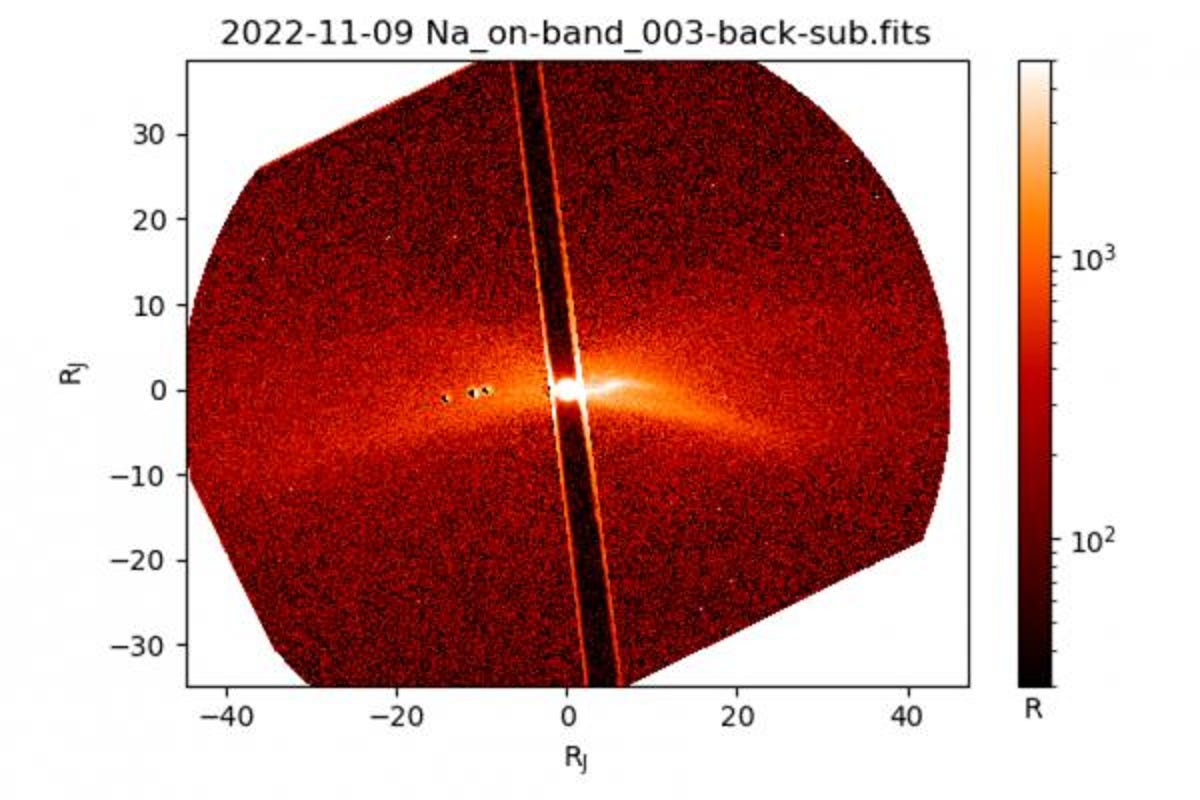 IoIO image of an outburst of sodium between Io and Jupiter.

“One of the exciting things about these observations is that they can be reproduced by almost any small college or ambitious amateur astronomer,” Morgenthaler said in a statement. “Almost all of the parts used to build IoIO are available at a high-end camera shop or telescope store.”

Juno made a flyby of Io in mid-December and teased us with some imagery. We’re currently waiting to see more observations from that encounter.

Morgenthaler is hopeful data from IoIO and Juno can be combined to fill in some gaps in our understanding of this most fiery of the known worlds.

“Juno measurements may be able to tell us if this volcanic outburst had a different composition than previous ones,” he said.

NASA has eight more flybys of Io planned for Juno over the next 18 months, including two that will pass within 930 miles (1,500 kilometers) of the surface to provide perhaps our best view yet of the magma-rich moon.