Videos that surfaced last week appear to suggest Rep. George Santos, R-N.Y., may have performed in drag for years, despite claiming he once dressed up for “fun” at a party in Brazil but was not an actual drag queen.

One of the videos, shared by reporter Marisa Kabas on Substack, allegedly shows Santos dressed in drag at a Pride Parade in Niterói, Brazil, on a separate occasion than the 2008 photo of the now-congressman dressed in drag that also surfaced last week.

According to Kabas, a Brazilian drag queen named Eula Rochard shared the video with her, along with photo, and said Santos is the individual being interviewed at around the 4:20 mark.

The quality of the video, the individuals in the video speaking entirely in Portuguese, and the alleged interview of Santos taking place at night make confirming the identity of the interviewee as the congressman difficult.

A translation of the video provided by the New York Post, which it said was filmed at a Pride Parade in Niterói in 2005, described the person alleged to be Santos listing the locations where he performed drag.

“I do presentations at 1940 in Jacarepagua, I do Cascadura, I also did Cabaret Casanova in Gloria and I did one at Le Boy,” the person says before going on to praise the organizers of the event.

“The event is good, well-organized. I really love it,” he added.

Brazilian news program “Fantástico” claimed Sunday that in a separate video, Santos can be seen dressed in drag and dancing next to other drag performers at the 2007 Pride Parade in Niterói. Fox News Digital could not independently verify the individual in the video is Santos. 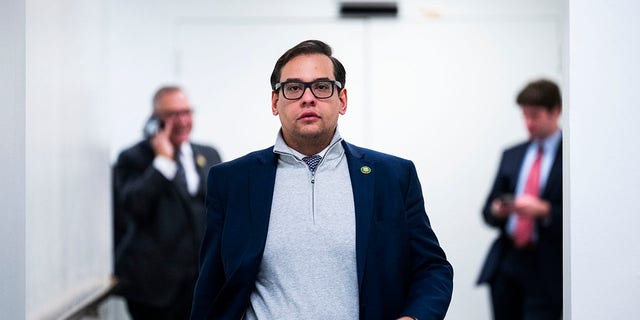 After the photo and videos surfaced, Santos initially denied that he ever performed as a drag queen and accused the media of being obsessed over the claims.

GEORGE SANTOS SAID HIS MOTHER WAS IN WORLD TRADE CENTER ON 9/11, BUT RECORDS SHOW SHE WAS IN BRAZIL: REPORT

“The most recent obsession from the media claiming that I am a drag Queen or ‘performed’ as a drag Queen is categorically false,” Santos tweeted Thursday. “The media continues to make outrageous claims about my life while I am working to deliver results. I will not be distracted nor fazed by this.”

But responding to reporters’ questions upon arrival at New York City’s LaGuardia airport on Saturday, Santos shifted his stance, attributing the photo and video to him being “young” and having “fun at a festival.” 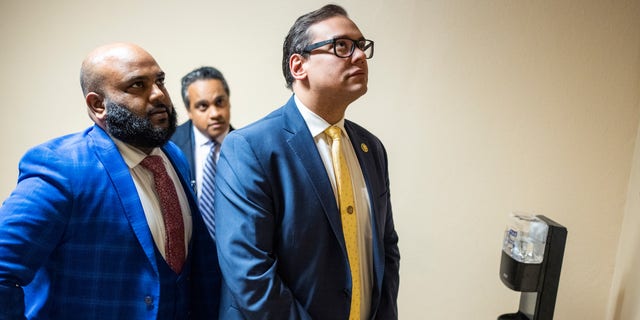 “Sue me for having a life,” he told the reporters, appearing frustrated.

A spokesperson for Santos did not immediately respond to Fox News Digital’s request for comment Monday.