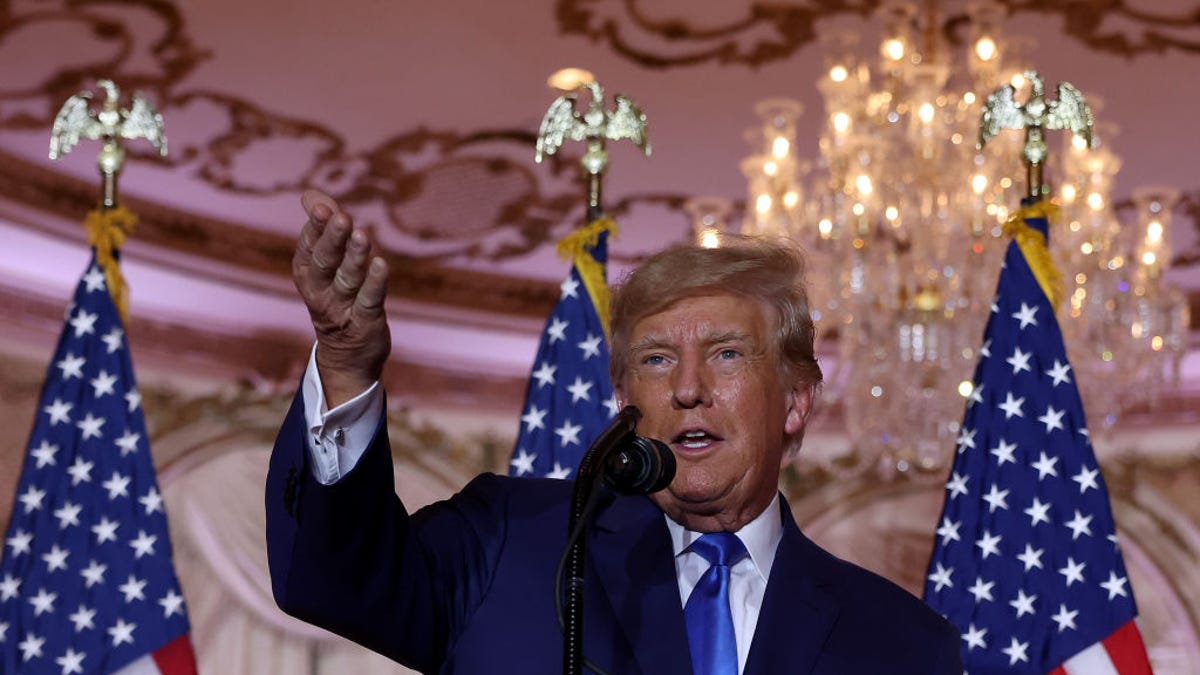 Former President Donald Trump announced on Tuesday that he will run for office again in 2024. His bid to become the Republican presidential nominee comes after several candidates he endorsed in the midterm elections lost their congressional races. He is the only US president to be impeached twice.

Trump threw his hat in the ring in front of a crowd at the Mar-a-Lago resort, which has served as his home since he left the White House. The 70-minute speech, at times rambling, contained many of the same talking points and false claims from his campaign two years ago.

“I will fight like no one has fought before,” he said.

The announcement comes a week after the midterm elections, which saw the Democrats retain control of the Senate. Republicans are poised to take control of the House, with a number of races still awaiting a final tally.

Ahead of the announcement, the White House put out a Twitter thread listing out the accomplishments of the Biden administration.

Trump, who had never previously held political office, beat Democratic nominee Hillary Clinton in the 2016 presidential election, only to lose his reelection bid to former Democratic Vice President Joe Biden in 2020. However, Trump refused to concede and instead spread lies that the election was “stolen.”

On Jan. 6, 2021, a pro-Trump mob stormed the US Capitol as lawmakers affirmed Biden’s victory. At least five people died in connection with the insurrection. Trump’s conduct on social media during this time caused Twitter, Facebook and other social media sites to ban him, due to the possibility that he could incite further violence. He and his supporters continue to make false claims that the 2020 election was stolen.

The House select committee investigating the Capitol attack said Trump was responsible for the riot and failed to quell the rioters when he had the chance. The committee sent him a subpoena last month, but he’s refused to testify. He faces several other investigations related to his conduct while in office.