Tori Spelling admitted on Friday that she joined OnlyFans under a fake name and spent $400 in two days on Denise Richards’ account.

“I was just kind of fascinated by the whole OnlyFans thing and — I’m not going to lie — I was like, ‘Let me check it out. What does it entail?'” the “90210” star told Jeff Lewis on his radio show, explaining she has been friends with “The World is Not Enough” star “for years.”

She explained that she went on OnlyFans “and of course, it shows something like unless you subscribe you can’t get it. So, of course, I subscribed under a fake name.”

She continued, “It’s riveting because they’re like, ‘Hey we might show you this in the shower.’ And I just wanted to see, it’s my friend and I’m like, ‘Hey, how far is she going?'” 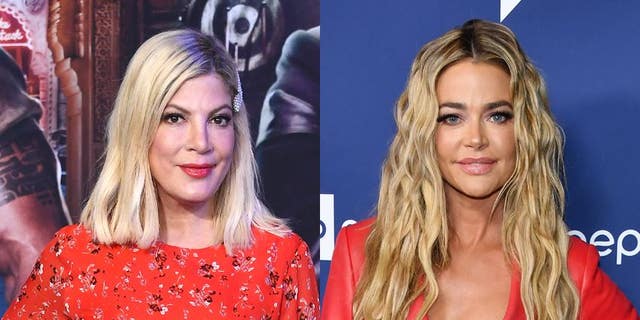 She said she heard if you tip the content makers they’ll get back to you faster, “So, I was like, ‘Hey, love what I’m seeing, would love to see some more.’ I ended up, in the course of two days, spending $400. I couldn’t stop.”

She said she kept tipping Richards but didn’t want her to know who she was in her DMs.

“God, she looks great,” she added, admitting that all $400 spent on the site was on Richards. 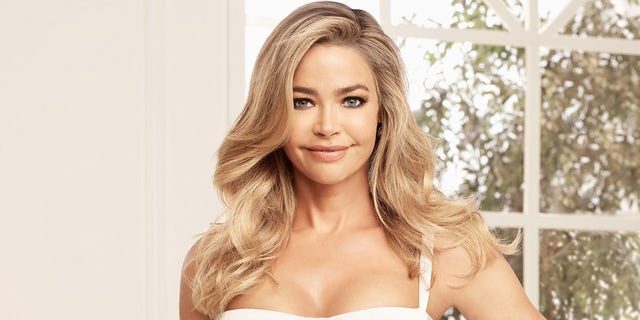 Richards said she joined the platform last summer to support her daughter Sami Sheen, 18, after she started making content on the site.

Richards’ ex Charlie Sheen had been critical of his daughter’s choice.

“She is 18 years old now and living with her mother,” Sheen told the New York Post last summer. “This did not occur under my roof. I do not condone this, but since I’m unable to prevent it, I urged her to keep it classy, creative and not sacrifice her integrity.”

“Lots of negative comments on my social this past week,” Richards said on her Instagram last summer after her daughter announced she was joining the platform. “I have to say, I wish I had the confidence my 18 yr old daughter has. And I also can’t be judgmental of her choices. I did Wild Things & Playboy, quite frankly her father shouldn’t be either.”

A week later she announced she was joining the platform as well. 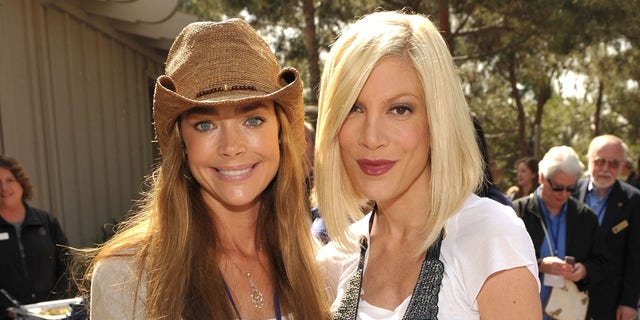 “I had heard of OnlyFans but I wasn’t educated on what OnlyFans was and once I started to learn about it, I really think that the creators of the site really took the best of every platform of social media and put it into one site,” she told KTLA-TV last summer.

Sami said she was “happy” for her mom and both mom and daughter have agreed it’s a smart business move because content makers own their output.

Sami added in an interview with TMZ, that “Everyone thinks it’s just for very raunchy stuff, but you can really just post whatever you want on there.”

Her father later reversed course. “Now more than ever, it’s essential that Sami have a united parental front to rely upon, as she embarks on this new adventure. From this moment forward, she’ll have it abundantly,” he said in a statement obtained by Fox News Digital.