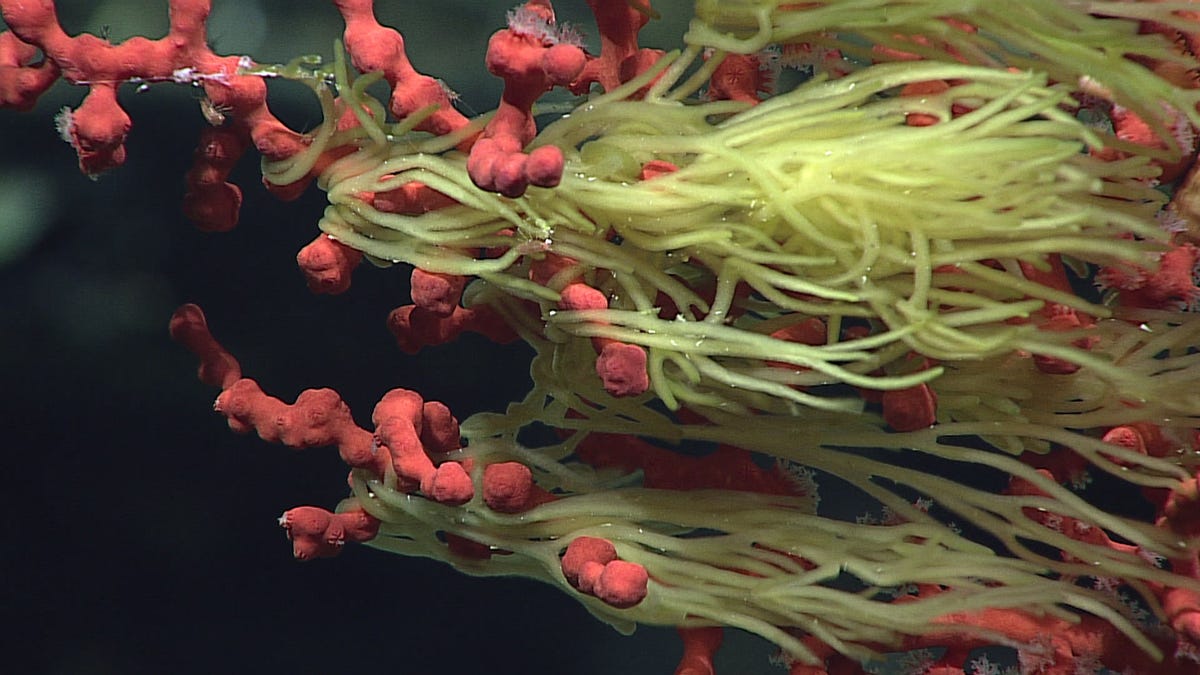 Red bubblegum coral has a mysterious something attached to it that looks like underwater spaghetti.
NOAA Ocean Exploration

I love a good ocean mystery, from a bizarre “yellow brick road” in the Pacific to “blue goo” in the Atlantic. The National Oceanic and Atmospheric Administration’s ocean specialists are revisiting some of the strangest things they’ve seen under the waves. They’re still puzzling over three mysterious sightings.

NOAA Ocean Exploration delivered a bouquet of three sea enigmas in a tweet on Monday. “Our ocean covers 70% of Earth’s surface — yet we’ve explored just a small fraction of what lies beneath,” the organization wrote. “So no shock that we often encounter things that stump even the most seasoned scientists.”

Mystery Monday! Our ocean covers 70% of Earth’s surface — yet we’ve explored just a small fraction of what lies beneath. So no shock that we often encounter things that stump even the most seasoned scientists… pic.twitter.com/q53M1dOjOk

The images come from past expeditions. NOAA operates the Okeanos Explorer, a research vessel equipped to survey the ocean deep with a remote-operated vehicle.

The first image shows red bubblegum coral with a “strange green filamentous organism” attached to it. The organism looks like spaghetti and was found at 1,706 feet (520 meters) down in the Pacific. Plants aren’t usually found at that depth thanks to a lack of light. The science team speculated it might be a type of sponge or possibly algae that got snagged on the coral. 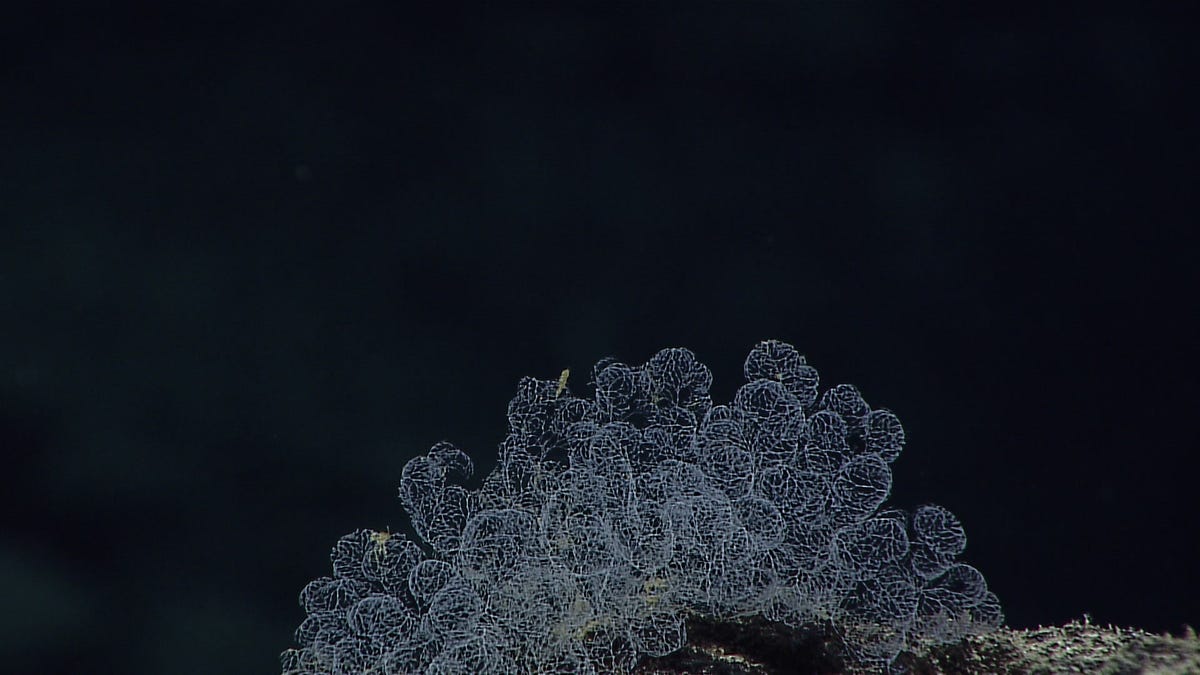 These strange wispy things appeared in the deep of the Pacific.

Next up is a group of spherical “strange feathery, wispy things” that look like they’re all in a pile. The odd sighting came at a depth of 9,022 feet (2,750 meters) along the Fina Nagu volcanic chain in the Pacific. Like with the sea spaghetti, researchers speculated on what it might be. Perhaps it was colonies of hydroids or bryozoans — both are types of marine invertebrates. 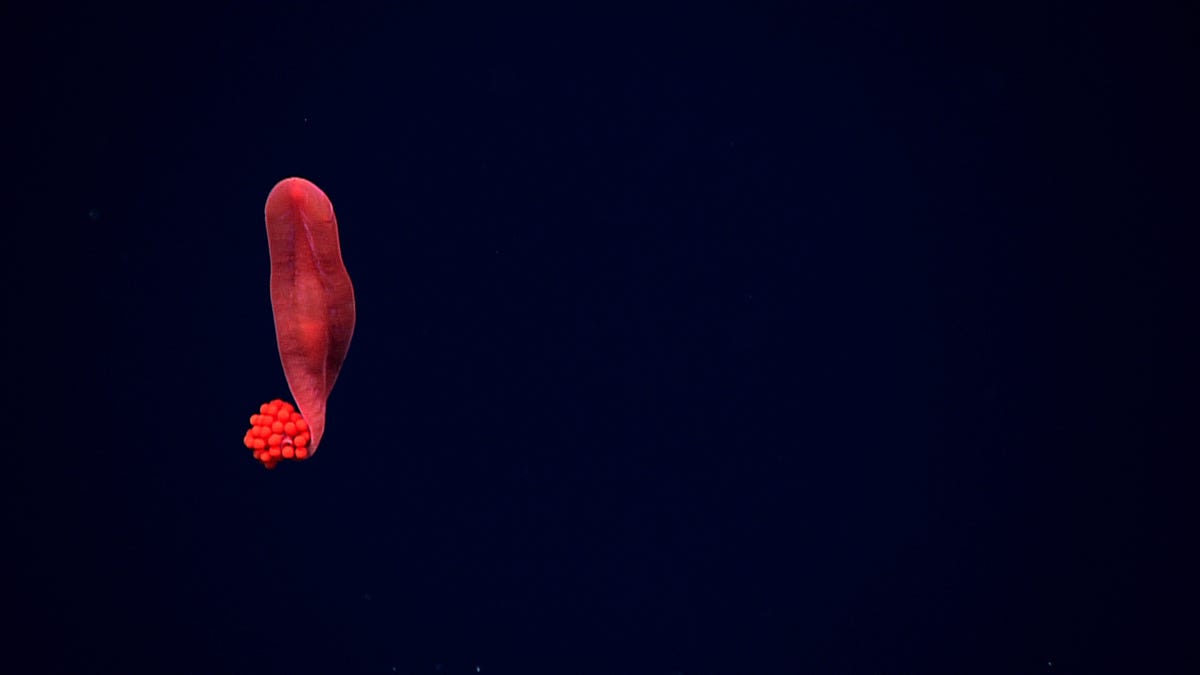 This worm-like creature was found near Johnston Atoll in the Pacific.

The last mystery critter is a real looker. It’s a bright red worm-like thing with a bundle of red spheres attached to it. It was also spotted in the Pacific, not far from Johnston Atoll southwest of Hawaii. NOAA described it as a USO (unidentified swimming organism).

This gallery of ocean oddballs is a reminder of how much we still have to learn about our watery world. It’s a frontier every bit as exciting as space exploration. Plus, we know there’s life down there, we just don’t always know what it is.