The OnePlus 11 5G Had My Curiosity, but Now Has My Attention 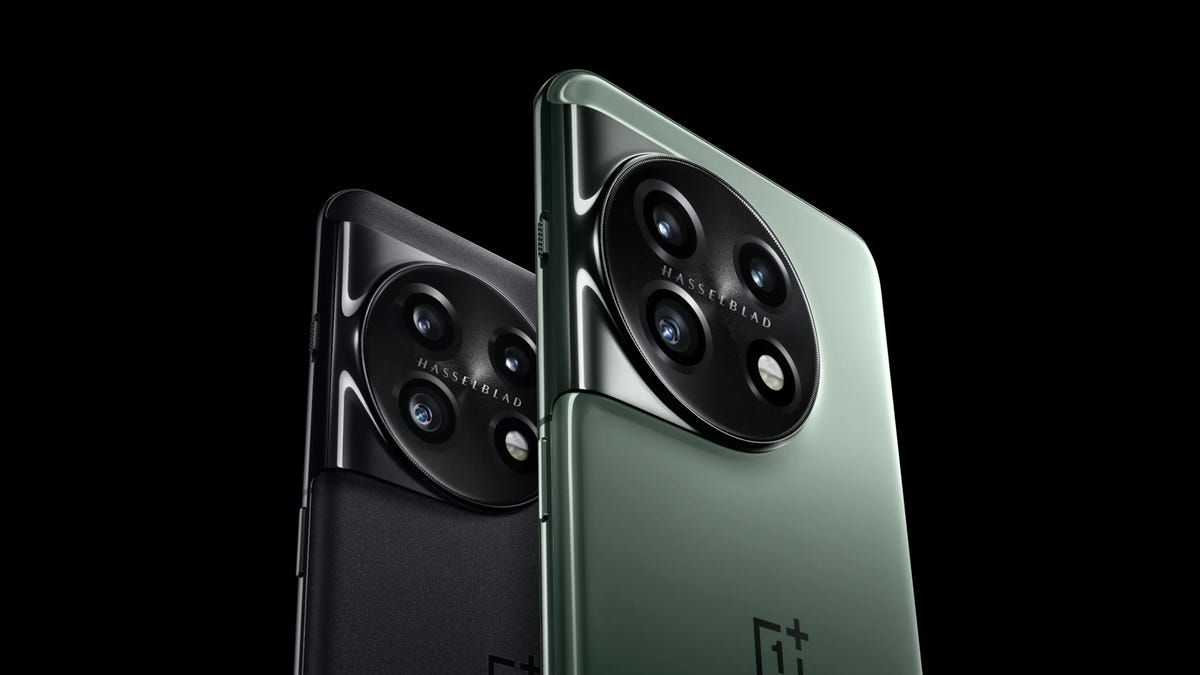 OnePlus China’s website gives us a peek at what we might expect when the OnePlus 11 launches globally in February.
OnePlus China

To no one’s surprise, OnePlus’ next phone is called the OnePlus 11 5G. Last week, OnePlus started taking preorders for the new phone in China, and it will be available there on Monday, Jan. 9. The phone is set to launch globally on Feb. 7 and follows last year’s pretty great OnePlus 10 Pro. It also comes on the heels of the OnePlus 10T which left a bad taste in our mouths because of its questionable compromises and a confusing value proposition.

Lucky for us, OnePlus provided a peek at the 11 back in December. And now, the new phone is on full display on OnePlus China’s website. After devouring it with the help of Google Translate, I am reminded of a line Leonardo DiCaprio’s character says in the film Django Unchained.

“Gentlemen, you had my curiosity. But now you have my attention.”

I already had high hopes for the 11 because it would be the third-generation phone to be released during OnePlus’ partnership with the iconic camera company Hasselblad. Up to now, Hasselblad’s influence has largely been behind-the-scenes with camera tuning and nifty software features like the Xpan panoramic-style. The OnePlus 11 could be the first time we see actual new camera hardware resulting from the partnership.

I should also point out that details and nuance can be lost in translation, so please keep that in mind as you read on.

This gif was made from part of a promotional video on OnePlus China’s website.

The 11’s design picks up where the 10 Pro left off. Translated, the site states that the OnePlus 11’s look was inspired by a “black hole in science fiction.” But instead of a square-ish camera bump found on the 10 Pro, the 11’s is circular on top with tapered sides that flow into the edge of the phone. It’s reminiscent of a clasp on a leather attaché. When the phone is in landscape, the camera bump’s shape looks almost like the silhouette of Darth Vader’s helmet.

The site shows off the phone in two colors. There is a matte green color, that isn’t quite British racing green, and a textured black finish, which according to translated text is “silk glass.” I gather this means the finish looks textured but to the touch is just flat glass. 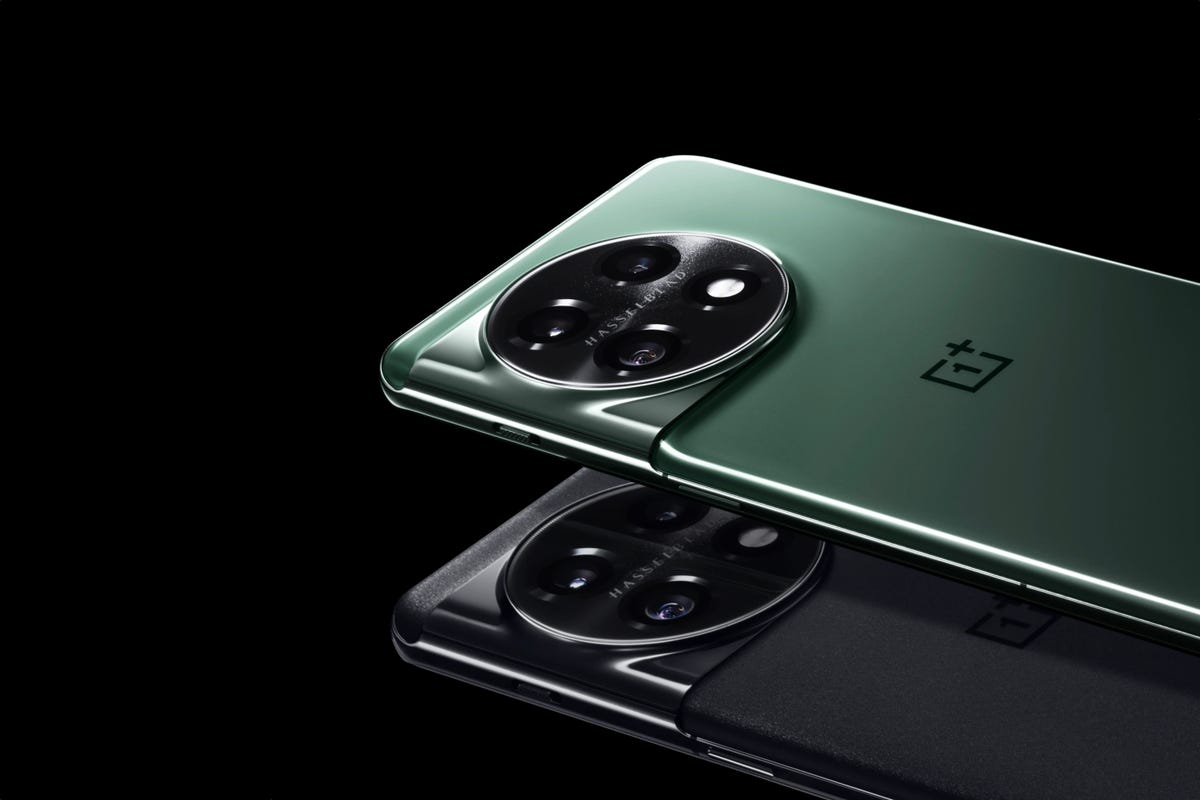 There aren’t many photos of the front, but it has a display with waterfall edges that flow off the right and left sides of the phone. The front-facing camera is housed in a hole punch-shaped cutout on the top left side.

An alert slider is visible in a product video on the site that also shows flashy stylized closeups of the OnePlus 11. OnePlus previously confirmed that the button would return after its absence on the OnePlus 10T. The 11 joins the likes of the Nubia Red Magic 8, which has a similar hardware slider for putting the phone into gaming mode. 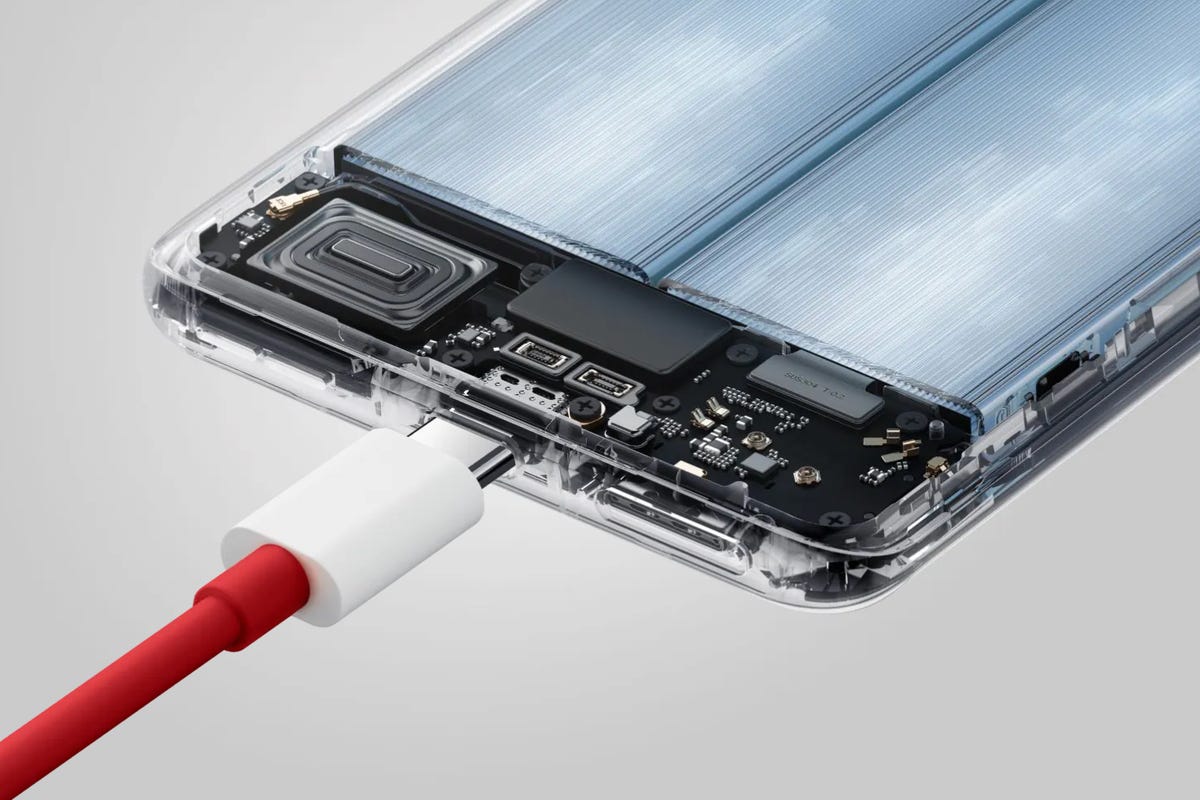 This photo shows some of the insides of the OnePlus 11. Like previous models, the 11 has truly fast charging speeds.

The OnePlus 11 has the latest Android hardware

The phone has a 6.7-inch AMOLED screen with a variable refresh rate that tops out at 120Hz. The display is LTPO 3. Last year’s 10 Pro had an LTPO 2 display. LTPO stands for low-temperature polycrystalline oxide, which allows displays to have a high refresh rate without killing your battery. According to the translated text, LTPO 3 is smoother and even more power efficient. A graphic claims that the display can drop down to 1Hz, which is the same refresh rate the iPhone 14 Pro uses for its always-on display.

On the inside, the 11 runs on Qualcomm’s Snapdragon 8 Gen 2 chip which according to a OnePlus press release has 35% faster CPU performance and a 25% faster GPU. The 11 is one of the first phones with the new Qualcomm chip. The 11 also comes with 16GB of RAM and either 256GB or 512GB of storage.

Powering everything are dual 2,500 mAh batteries that support 100W fast charging. Last year’s 10 Pro had the same dual-battery setup and supported 80W fast charging, except for US models which were capped at 65W fast charging. The OnePlus 10T supports 150W charging globally and 125W in the US. For perspective, the iPhone 14 Pro supports 20W fast charging. OnePlus says that the 11’s batteries can charge from empty to 100% in 25 minutes.

This gif of the OnePlus 11’s camera bump was taken from a promotional video on OnePlus China’s website.

The cameras are the same but different

Sony made all of the image sensors including the one in the new telephoto camera. But you have to wonder if OnePlus and Hasselblad chose the 32-megapixel sensor and short tele lens combo because it yields better photos than the tele on the 10 Pro. If that is the case, it’s the first time we see camera hardware design that stems from the OnePlus and Hasselblad partnership.

Sample photos from the 11 look good, with balanced colors and highlights that roll off for skin tones. We should take these photos with a big grain of salt because nearly every phone maker’s website flaunts impressive photos taken with their phones – ah, marketing! Sadly, there isn’t any mention of whether these photo improvements will apply to  video recording. 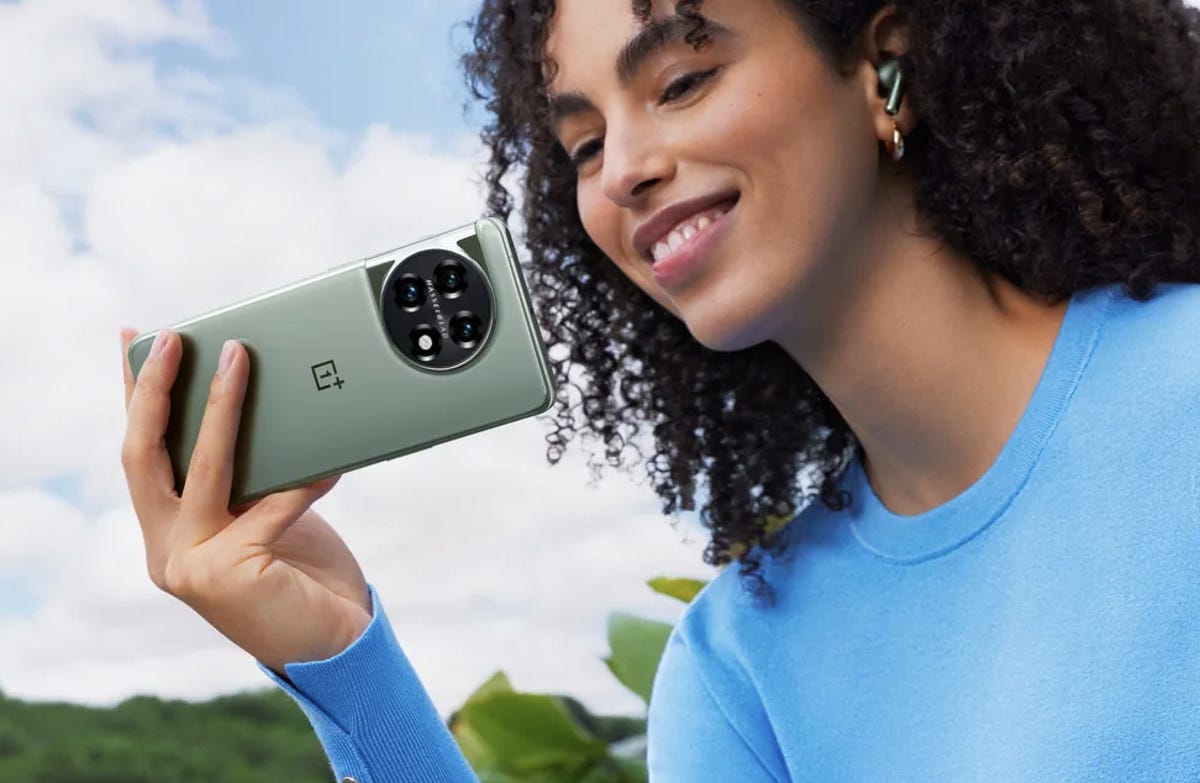 This was a promotional photo OnePlus released in Dec. 2021.

From everything I read on the website, the OnePlus 11 is the best spec’d OnePlus phone ever made. It seems to be the “pro” model this year despite lacking the nomenclature. Its 6.7-inch screen is the same size as the one on the 10 Pro. In fact, OnePlus China’s President Li Jie said there is no “pro” version of the OnePlus 11 in response to a question on the Chinese social network Weibo.

That would mark a continued departure from OnePlus’ previous product strategy. Until recently, OnePlus had released three models of its flagship phones, a regular version, a “pro” one and later in the year a T model. For example, in 2020 there was a OnePlus 8, 8 Pro and 8T. The pro models typically have larger displays with a higher resolution and a third rear camera with a telephoto lens compared to the regular version.

Last year, the company released only a OnePlus 10 Pro without a standard model. 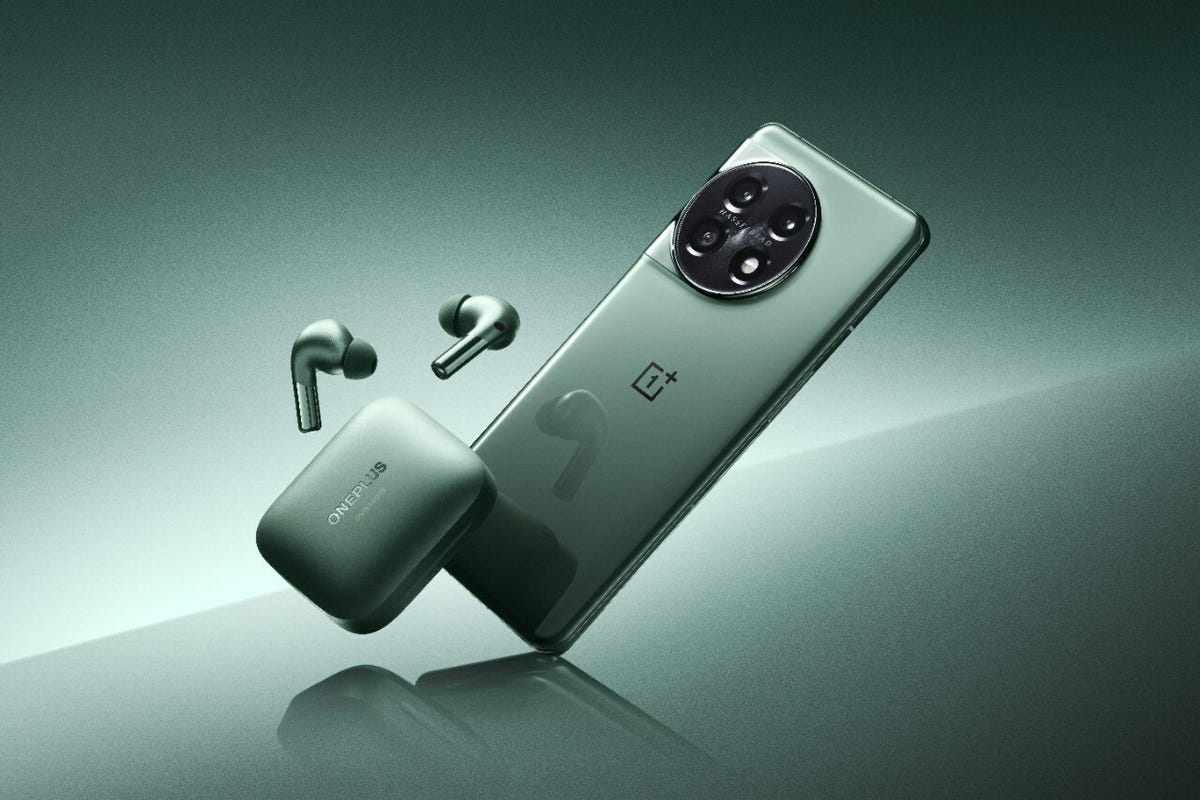 The OnePlus 11 and Buds Pro 2 will launch globally on Feb. 7.

What’s next for the OnePlus 11?

The new phone launches in China on Monday, Jan. 9. OnePlus is having a global launch event in India on Tuesday, Feb. 7, where it will also show off the OnePlus Buds Pro 2. I am truly looking forward to trying the phone out for myself, especially that new telephoto camera.

OnePlus 10 Pro: Style and Power Make for a Great Android… 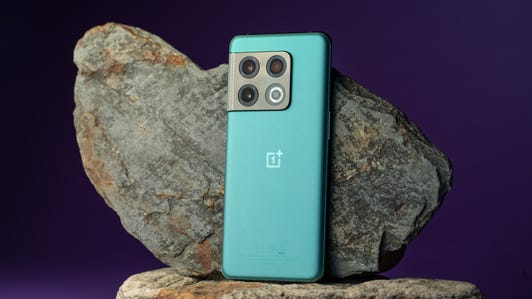 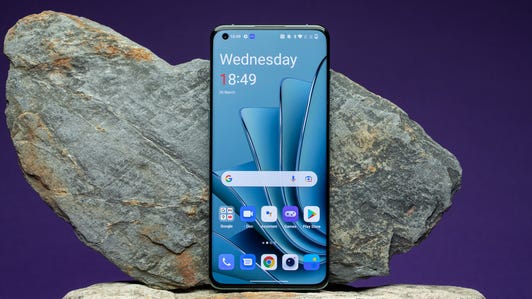 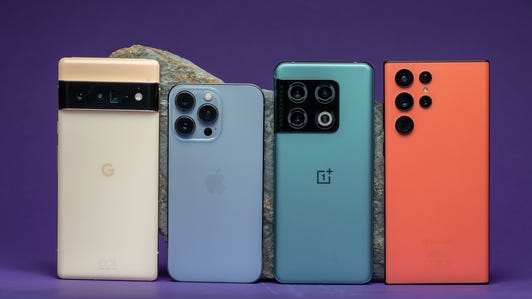