The Masters will allow LIV golfers to compete in 2023 tournament 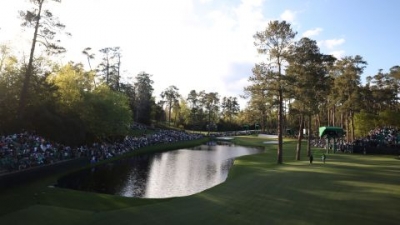 Augusta National Golf Club pictured during the 2022 edition of the event in April.

Golfers that have played in the LIV Golf series will be allowed to compete at the Masters next year, organizers of the prestigious major said on Tuesday.

Fred Ridley – the chairman of the Augusta National Golf Club, which stages the Masters – said In a statement that “those eligible under our current criteria” would this week receive invites to play the 87th edition of the major in April.

A number of players to have competed on the controversial Saudi-backed LIV Golf series are listed for invite, including three-time Masters winner Phil Mickelson, world No. 3 and 2022 Open champion Cameron Smith, and four-time major champion Brooks Koepka.

The eligibility of LIV Golf players for majors has been one point of contention in an ongoing rift in the sport, with participating golfers banned from the PGA Tour and no world ranking points offered for LIV Golf events.

Earlier this year, LIV Golf joined an antitrust lawsuit alongside some of its players to challenge their suspensions by the PGA Tour. The PGA Tour filed a countersuit in late September. 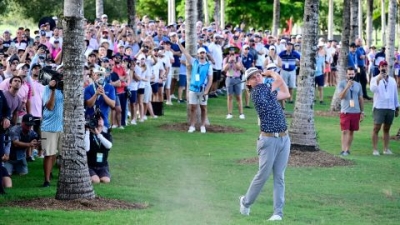 Smith in action at the LIV Golf Invitational Miami in October.

“Regrettably, recent actions have divided men’s professional golf by diminishing the virtues of the game and the meaningful legacies of those who built it,” Ridley said.

“Although we are disappointed in these developments, our focus is to honor the tradition of bringing together a preeminent field of golfers this coming April.

“We have reached a seminal point in the history of our sport. At Augusta National, we have faith that golf, which has overcome many challenges through the years, will endure again.”

Ridley hinted that other modifications to the tournament “invitation criteria” could come in the future.

“As we have said in the past, we look at every aspect of the Tournament each year,” he said.

“Any modifications or changes to invitation criteria for future Tournaments will be announced in April.”

Woods and Rory McIlroy, who has similarly been outspoken in his criticism of the LIV Golf series, are both on the invite list.

In August, McIlroy condemned the series for having “ripped apart” men’s professional golf.

Previous Masters champions Dustin Johnson, Patrick Reed, Sergio Garcia, Bubba Watson and Charl Schwartzel are among the other players to have played LIV Golf events to be invited, as well as 2020 US Open champion Bryson Dechambeau and world No. 30 Abraham Ancer from Mexico.

ST ANDREWS, SCOTLAND – JULY 15: Tiger Woods of the United States plays a shot on the ninth hole during Day Two of The 150th Open at St Andrews Old Course on July 15, 2022 in St Andrews, Scotland. (Photo by Stuart Franklin/R&A/R&A via Getty Images)

The LIV Golf series is backed by Saudi Arabia’s Public Investment Fund (PIF) – a sovereign wealth fund chaired by Mohammed bin Salman, the Crown Prince of Saudi Arabia and the man who a US intelligence report named as responsible for approving the operation that led to the 2018 murder of journalist Jamal Khashoggi. Bin Salman has denied involvement in Khashoggi’s murder.

The 2023 Masters tournament runs from April 6 to April 9.