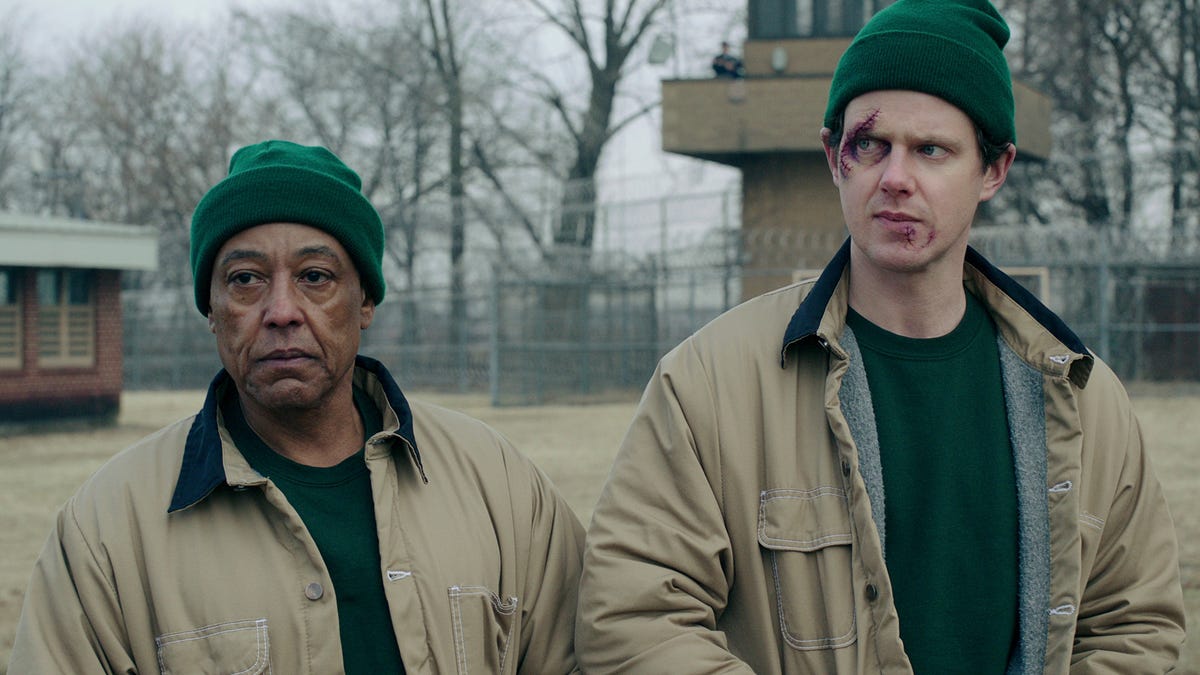 Ray and Stan have a ways to go after their stint in prison.
Netflix

For those watching Netflix’s new heist drama Kaleidoscope, the series’ ending is a relative concept. Viewers can watch the show’s eight episodes in any order — randomized by Netflix, chronologically or according to order suggestions from people who’ve already watched it.

Regardless of the order, characters’ chronological timelines eventually run out. Whether you need a refresher or some clarification on what happens to the members of the heist team and those pursuing them, here’s a spoilery rundown of their fates on Kaleidoscope — including what befalls those coveted $7 billion bonds. Don’t forget, these twists and turns are revealed in different episodes, and in different orders.

During the heist (the White episode), it seems like Judy (Bob’s wife), played by Rosaline Elbay, murdered him by choking him with a piece of metal. Ava (Paz Vega) sees him lying in the street and tells the crew he’s dead. Bob (Jai Courtney), however, isn’t dead, and thanks to a brutal scene involving a pen (and more will to live than most people probably have), he gives himself a tracheotomy and survives to get his revenge. He makes a deal with Roger Salas (Rufus Sewell), whose security firm had been keeping the bonds, and goes to hunt down Ray (Giancarlo Esposito) and Ava with a couple of henchmen. More on that later.

Ray sets up a fake meeting with Stan and Judy, as Bob has been wanting to know where his wife is. In reality, Ray called FBI agent Nazan Abassi (Niousha Noor), who’d been following the case all along. Bob thinks he’s going to see Stan (Peter Mark Kendall) and Judy but ends up in a gunfight with the FBI and dies on the beach.

In the Pink episode (the episodes are named for colors), it’s been six months since the heist. The pair are living in Ohio in a little house, and Ray’s Parkinson’s disease has gotten severe enough to require the use of a cane and physical therapy. As mentioned, Bob finds them and holds them at gunpoint, wanting money and to know where his wife is. One of Bob’s henchmen ends up killing Ava as well as her childhood nanny, Teresa (Irene DeBari).

After all this carnage goes down, the last time we see Ray is in New York City. He video calls his daughter Hannah (Tati Gabrielle) and gets to meet his granddaughter Lily. Hannah’s made peace with him and tells him to come see them when he can. Ray walks under a bridge in a park with a rolling suitcase, as a guy in a hat comes up behind him and pulls out a gun. We don’t see the shot, but we hear it. It’s worth noting the gunman’s shirt has the same design on it as a shirt Roger Salas’ son wore in another episode.

Poor R.J. Depending on the order you watch the episodes, you might initially learn that R.J. (Jordan Mendoza) doesn’t make it through the heist. Bob wanted to take off with Judy and the bonds and leave everyone else. They see R.J. in the parking garage. R.J. tries to stop Bob. Bob knocks him down, and after R.J. shoots Bob, Judy shoots him before he can shoot Bob again. They leave his body in a dumpster. 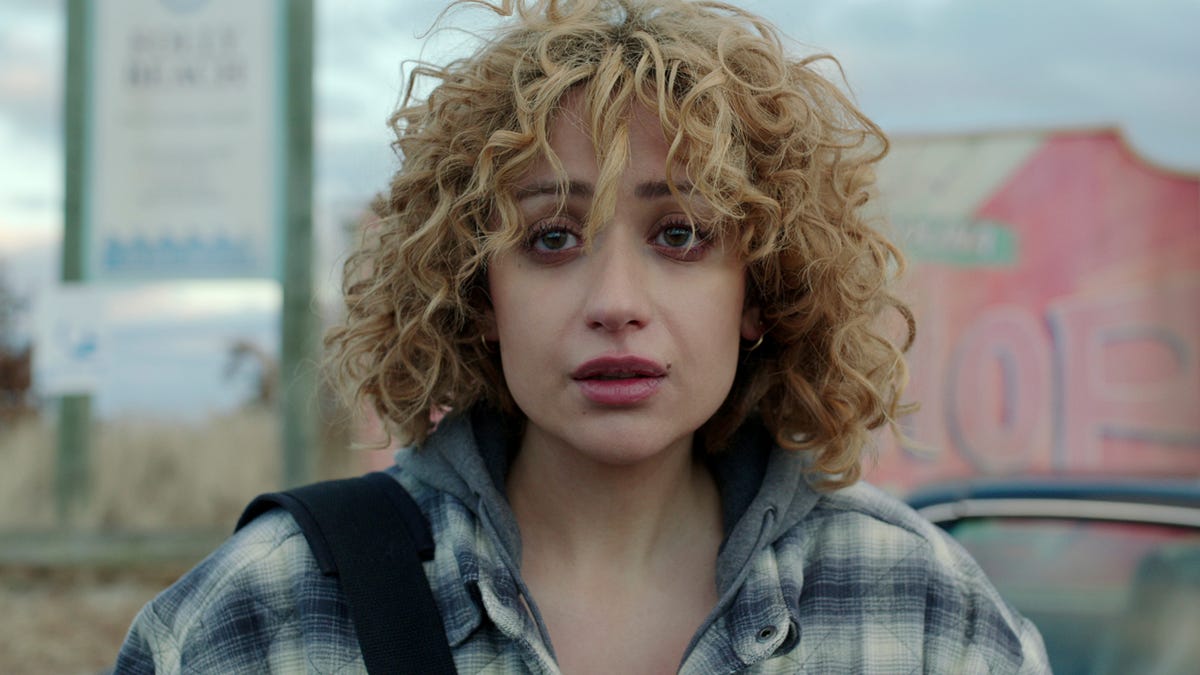 Judy decides what to do.

Stan and Judy have been running small scams, like passing off bottles of cheap wine as high quality, in order to make money while they wait for Ray to sort out what happened to the bonds and get them fake identification documents. The morning that Bob thinks he’s going to ambush them, they’re nearby at a food truck. Judy sees Bob’s car, though, and has a few realizations. For one, he’s alive. There’s also a bag of money inside, which he stole from Ray and Ava. She looks at Stan in the distance eating and then at the open road. We don’t outright see which decision she makes, but it seems like she might take the money and leave Stan behind.

The FBI agent has been vindicated to some degree for her pursuit of the heist crew. But even so, her higher-ups are ready to move on. One day on the street, an older man stops her and asks for directions. He grabs her hand to shake it and moments later, she collapses on the street. We learn she’s died. Another agent chalks it up to the way some cases consume agents. More likely, it seems like maybe she was killed. A possible reason could be that she was getting suspicious of the so-called Triplets, the three owners of the untraceable bonds at the heart of the heist (and with good reason, as technically they were involved in one element of the heist). This also calls back to a conversation Salas and Hannah had earlier. He tells her that the Triplets aren’t the kind of people you’d want to mess with. He says, “One day you’re walking down the street, someone brushes your arm, and three blocks later you drop dead of a heart attack.” 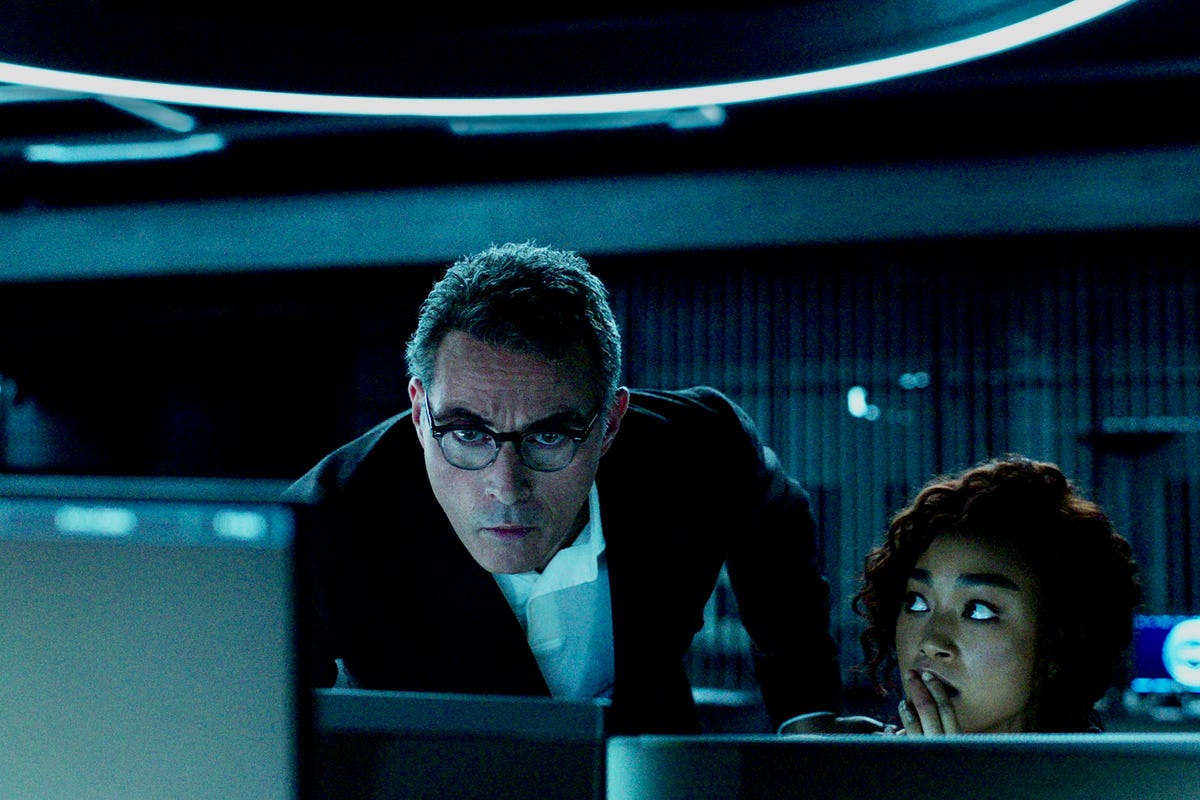 Looks like Roger is feeling insecure about his security firm.

Ray’s big motivation behind the heist was to get back at Roger, who was his partner on heists back in the day. When a heist at a fancy country club went wrong, ending in the death of Ray’s wife and his arrest, Roger managed to get off. He started what became the largest security firm on the East Coast — and is storing those bonds. Even if the heist at the firm didn’t go as planned, Ray managed to plant some incriminating evidence that tied Roger to the hotel heist, landing him in jail.

In the grand plot twist of the series, we find out that Hannah and her adopted sister Liz managed to intercept the cart with the bonds during the heist and swap them out with construction paper. Ray had thought Hannah (his daughter) was basically their inside man, but she made a side deal with the Triplets to ensure they wouldn’t go after her father. She gives them their bonds back and they get to claim the insurance money for the missing asset. Finally, we see Hannah and her baby living in a nice big house, presumably safe and out of the fray.