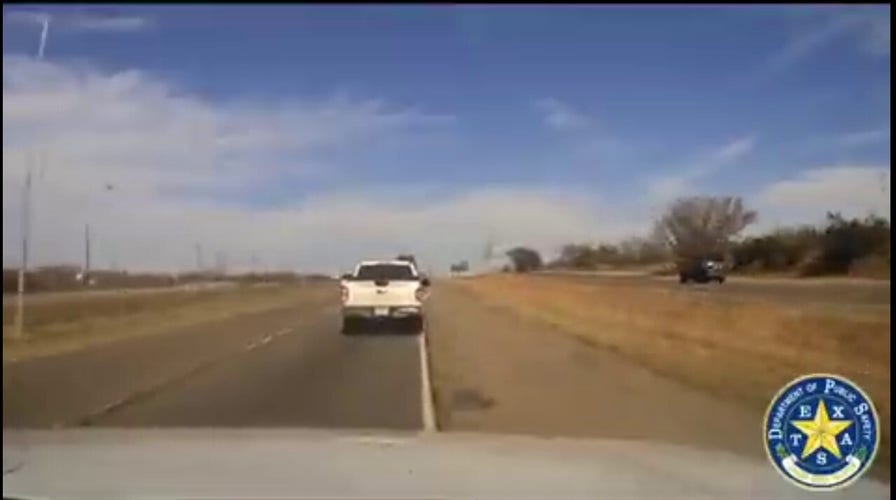 The driver, also an illegal immigrant, was disguised as an oil field worker, authorities said.

Several illegal immigrants were arrested this week in Texas after a high-speed police chase, authorities said 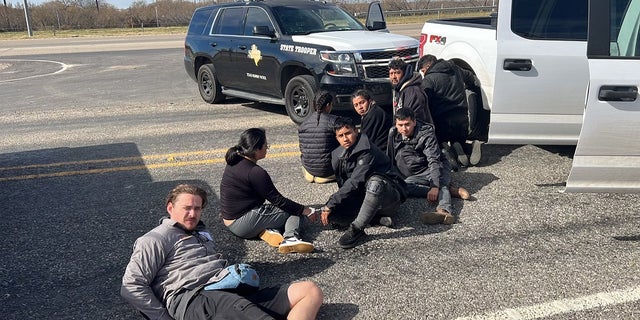 Eleven illegal immigrants were arrested in Texas after a car chase with authorities on Tuesday.
(Texas Department of Public Safety)

Speeds surpassed 100 mph at times, the police agency said. The truck eventually stopped and some troopers are seen running after the truck passengers. They were all taken into custody.

The driver, identified as Jose Raudales-Ramos, was smuggling 10 illegal immigrants, DPS said. Raudales-Ramos, a Honduran citizen in the U.S. illegally, was wearing an oil field worker company shirt in an effort to disguise himself, authorities said. 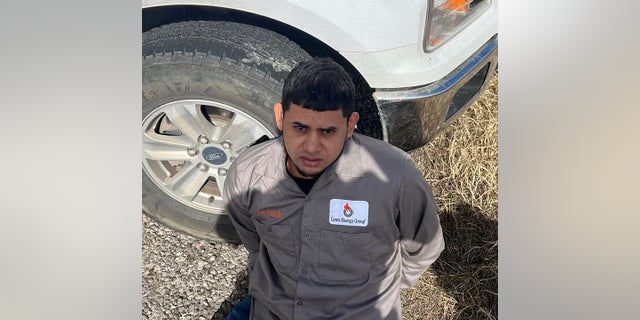 He was charged with evading arrest & human smuggling.

One passenger was found hiding in a toolbox attached to the truck. The passengers were from Costa Rica and Mexico, authorities said. 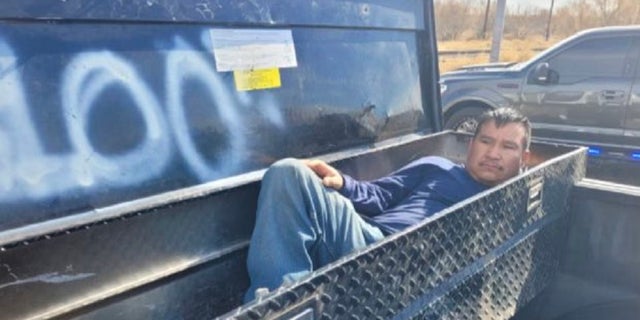 One passenger was founding hiding in a toolbox.
(Texas Department of Public Safety)