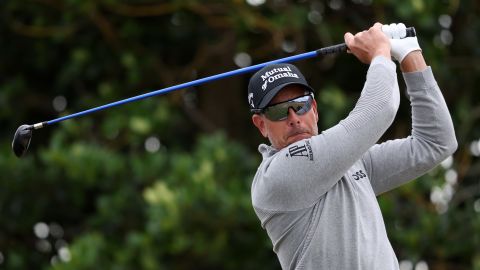 Henrik Stenson tees off during the 150th Open at St. Andrews on July 14.

According to multiple reports, Stenson, ranked No. 171 in the world, is expected to sign with the controversial Saudi-backed LIV Golf Invitational Series.

“In light of decisions made by Henrik in relation to his personal circumstances, it has become clear that he will not be able to fulfil certain contractual obligations to Ryder Cup Europe that he had committed to prior to his announcement as Captain on Tuesday March 15, 2022, and it is therefore not possible for him to continue in the role of Captain,” Ryder Cup Europe said in a statement.

A new captain for Team Europe will be named “in due course” the statement added.

CNN has reached out to Stenson and LIV Golf for comment.

The third LIV event is in Bedminster, New Jersey next week. The circuit announced Tuesday the 45 players that will compete, with three more golfers to be named “in the coming days.”

Stenson has played in five Ryder Cup matches where he is 10-7-2 overall. He holed the winning putt in his debut in 2006.

The 2023 Ryder Cup is scheduled to take place from September 25 to October 1 next year in Rome, Italy.