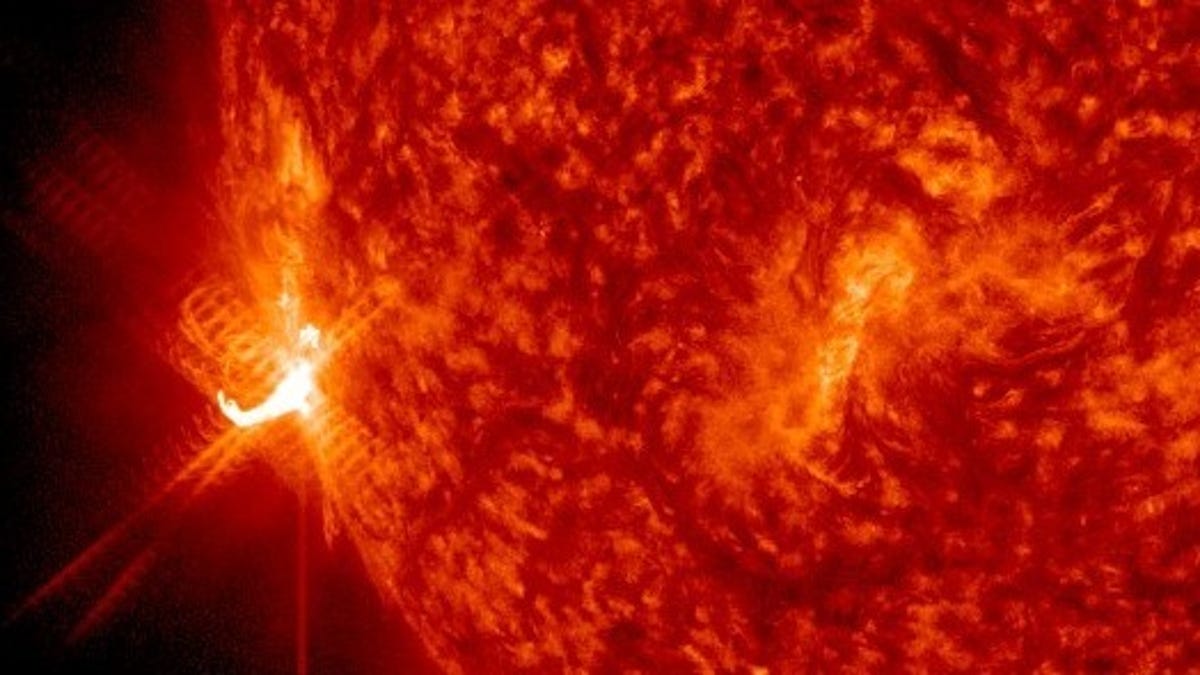 An intense solar flare exploded on the surface of the sun late Thursday from a complex sunspot that could, quite literally, flare up again very soon.

The blast of charged particles was recorded as an X1.2-class flare. X flares are the most powerful category of flares, and can cause geomagnetic storms to affect Earth’s magnetic field with the potential to damage satellites, communications equipment and even the power grid.

The flare was the most powerful seen since at least October.

An X1 flare like this one, though, is at the low end of the X-scale. Thus, no immediate damage from the blast itself has been reported just yet, with the exception of a short-wave radio blackout reported over parts of Australia and the South Pacific. This blackout was the result of the solar flare’s energized blast traveling at the speed of light toward our planet, reaching Earth in a mere eight minutes — but still, it was brief.

However, scientists believe there is surely more in this sunspot’s arsenal.

“Given the size and apparent complexity of this large active region, there’s a good chance the explosions will continue in the days ahead,” writes former NASA astronomer Dr. Tony Phillips at Spaceweather.com.

Powerful flares are often accompanied by coronal mass ejections (CMEs) of hot plasma that can be hurled in the direction of Earth but at much slower speeds, taking a day or more to make the journey.

When strong CMEs make a direct impact on Earth, the result can be bright auroral displays at higher latitudes, but also the aforementioned infrastructure damage. So far there is no report of a CME accompanying Thursday’s flare.

This is a welcome surprise, as the massive and energetically complex sunspot that produced it spent the earlier part of this week blasting powerful flares and CMEs off the far side of the sun. Now that sunspot, which is cataloged as AR3182, is rotating into our direct line of sight from Earth, meaning that future CMEs over the next few days may be aimed right at us.