A South Carolina Republican Congressman is introducing a resolution that could, if passed, place a bust of Ukrainian president Volodymyr Zelenskyy at the U.S. Capitol.

The resolution was introduced by Rep. Joe Wilson, R-S.C., on Monday and would direct the Fine Arts Board to obtain a bust of Zelenskyy “for display in the House of Representatives wing of the United States Capitol.”

The resolution doesn’t have any cosponsors, but it already has opposition from a Republican.

TEXAS DEMOCRAT DENIES ‘ABSURD’ ALLEGATIONS THE BORDER WAS ‘SANITIZED’ FOR BIDEN: ‘NOT IN OUR BEST INTEREST’

“There is now a House resolution that seeks to put a display of Zelenskyy’s head in the US Capitol. Was the $100+ billion to Ukraine not enough?,” Rep. Andy Biggs, R-Ariz., said in a Tweet. 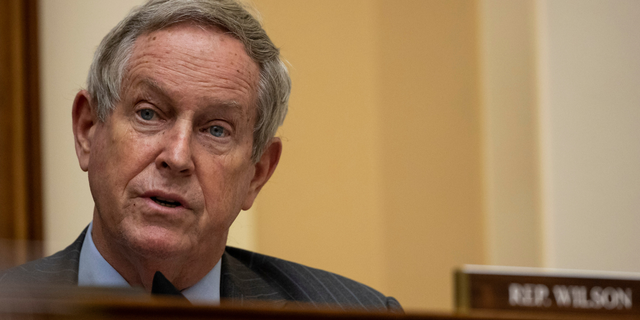 A spokesperson for Wilson didn’t immediately respond to a request for comment from Fox News Digital.