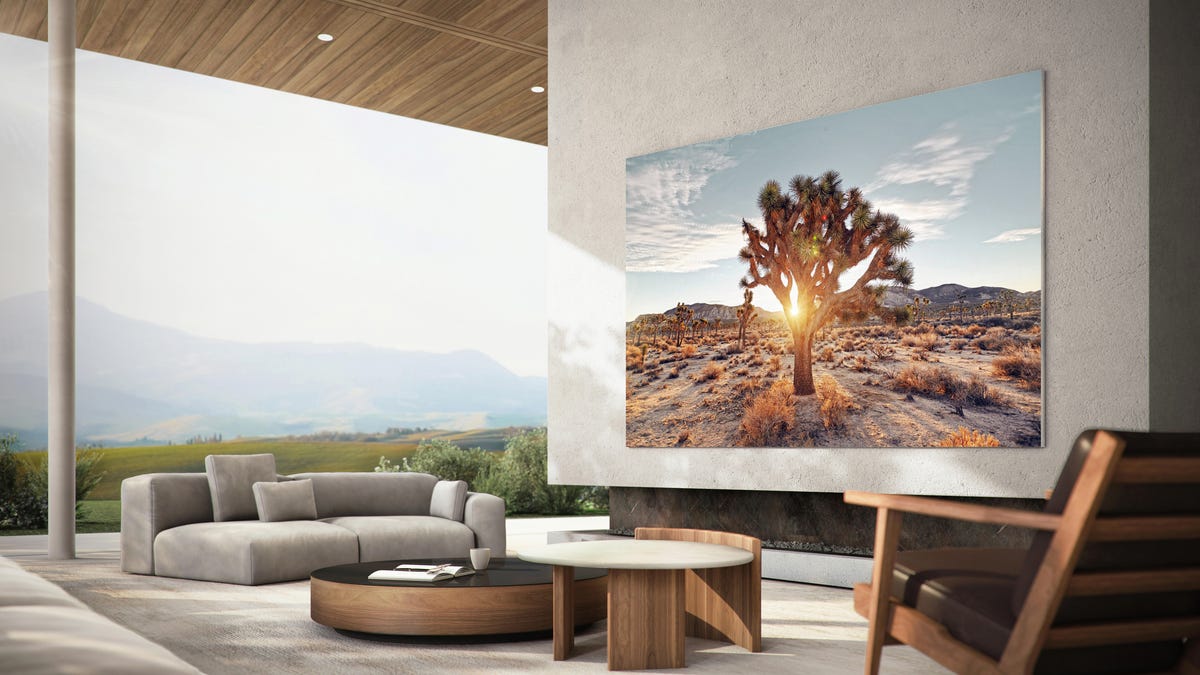 Seen here in its wall-sized incarnation, MicroLED by Samsung is getting (relatively) smaller and more affordable.
Samsung

Until now, wealthy folks who wanted the ultimate wall-sized next-generation Samsung television had to hire a pro to get a massive MicroLED TV into their homes. Samsung actually called those TVs “The Wall.” But with the 2023 version, announced at CES, those lucky folks will be able to set it up themselves, if they want.

Samsung says its new 76-inch MicroLED CX is the “world’s smallest and most affordable” MicroLED screen. It’s also the first that doesn’t need professional installation — although I’m betting most people who actually buy one get some help from the dealer setting it up.

The company hasn’t told us exactly how much it will cost, but “affordable” is sure to be doing some Herculean lifting. The previous version is 110 inches and runs a cool $156,000, with 88- and 99-inch sizes available too, so it’s safe to assume the new 76-inch model will cost many tens of thousands of dollars, at least. For reference, the 77-inch size of my favorite high-end TV of 2023, the LG C2 OLED, costs $2,700.

Once it becomes affordable for real, a process that will take years, MicroLED could replace OLED as the best TV technology. It’s brighter with similarly perfect black levels and no danger of burn-in. Not to be confused with Mini-LED, MicroLED gets its name from the millions of teeny tiny pixels that create the image directly, and the main hurdle facing mass adoption is getting those pixels (and screens) small enough. Along with Samsung, LG and Sony also have MicroLED models.

In one interesting note, to materials science nerds at least, Samsung says the pixels on the CX are “forged from sapphires.” Sapphire materials can help lighting performance and brightness in MicroLED, and a Samsung research abstract explains that so-called multiple-sapphire nanomembranes could help MicroLED move closer to commercialization by improving manufacturing efficiency. Plus, they sound super-cool.

Samsung lists a few tech chops of the CX, including “its 20-bit black detail, 240Hz variable refresh rates and 2-nanosecond response time” but I expect its main picture quality advantage over OLED to boil down to brightness. That said, current OLED screens are pretty bright, and Mini-LED-based LCDs are even brighter, so I don’t expect a mind-blowing improvement. I hope to get more eyes-on time with the CX at CES.

In the meantime here’s a reminder that Samsung actually announced a 76-inch MicroLED TV before, way back in March 2021, and the CX is basically that TV (down to the “99.99% screen-to-body ratio”), finally re-announced nearly two years later. New TV technology doesn’t arrive overnight.