Rod Stewart is saying “farewell” to his brother Bob, who passed away just months after their eldest sibling, Don.

On Friday, the singer took to Instagram and shared a photo of what appeared to be a program from Bob’s funeral service at London’s Islington Burial Chapel.

“I said Farewell to my Brother Bob today, with his coffin draped in a Rangers flag (life long Glasglow Rangers fan),” the legendary artist wrote. “We loved our game days up in Scotland together.”

ROD STEWART MOURNS THE DEATHS OF HIS BROTHERS: ‘I’VE LOST TWO OF MY BEST MATES IN THE SPACE OF TWO MONTHS’

Stewart is the youngest of five siblings. According to the Los Angeles Times, the singer has two living sisters, Peggy and Mary.

In December, the British icon announced on social media that he was mourning the loss of his brothers.

“It’s with great sadness that I announce the loss of my brother Bob last night, who joins my brother Don on the great football pitch in the sky,” he wrote on Instagram alongside an image that read “Rest in Peace” with a candle flame.

“I’ve lost two of my best mates in the space of two months,” he shared about his “irreplaceable buddies.”

Stewart announced in September that Don had passed away at age 94.

“It has been a devastating 48 hours,” he wrote at the time.”We lost my brother Don on Tuesday at 94 and today we have all lost Her Majesty Queen Elizabeth II at 96.”

The queen, England’s longest-reigning monarch, passed away on Sept. 8 at Scotland’s Balmoral Castle. 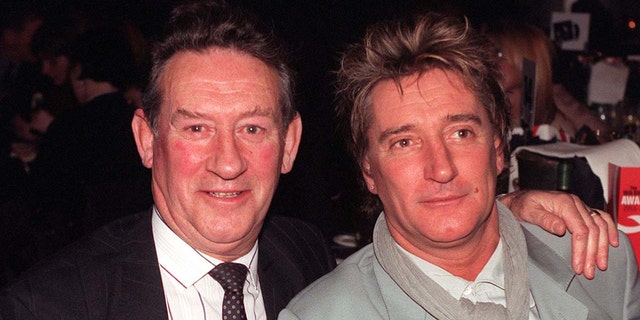 “The Queen has been an unwavering presence throughout my life and a great unifier,” Stewart captioned the post. “A shining star that will never fade in our hearts and souls. What a privilege it was to perform for her. My deepest sympathies to the Royal Family. God save the King.”

Stewart’s wife, Penny Lancaster, was a member of the police detail at the queen’s state funeral.

“With all that planning going ahead, you can never quite predict how the crowd is [going to] react and the dangers that might lay ahead,” the British model and TV personality told Sky News.

“But we’ve had great training and preparation and fortunately, everybody paid their respects in the proper manner, and we didn’t have any incidents to speak of,” the 51-year-old shared. “So I’m very grateful for that.” 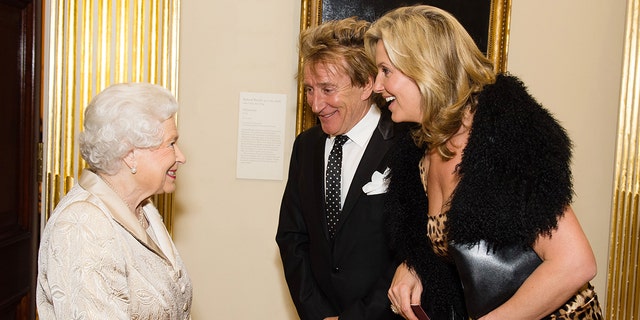 Queen Elizabeth II greets Sir Rod Stewart and wife, Penny Lancaster, after he was awarded a knighthood in recognition of his services to music and charity earlier in the day as they attend a reception and awards ceremony at the Royal Academy of Arts on October 11, 2016, in London, England.
(Photo by Jeff Spicer – WPA Pool/Getty Images)

Lancaster began volunteering for the force after appearing on the reality TV show “Famous and Fighting Crime,” where celebrities swap their day jobs with those of emergency service professionals. An inspired Lancaster went on to become a special police constable for the City of London Police in April 2021.

“This is the biggest honor of all, to be able to serve today on Her Majesty the Queen’s funeral,” Lancaster told PA News Agency. “We were in uniform by five o’clock this morning, and we didn’t know what time we will be working until. We just want to make sure that all the crowds get home safely.”

The star noted that despite her “long” shift, “I wouldn’t have missed it for the world.”

Lancaster and Stewart tied the knot in 2007.

ROD STEWART SHARES RARE CHRISTMAS PHOTO WITH FAMILY, INCLUDING 6 OF HIS 8 KIDS 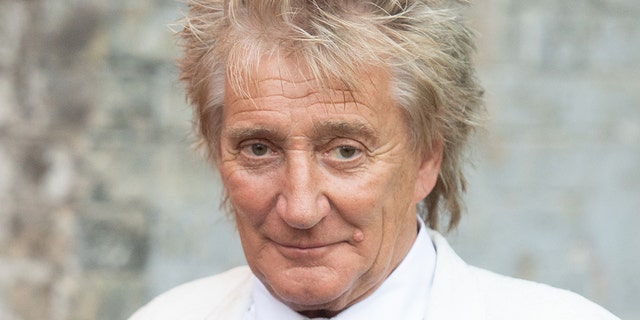 Back in 2019, Stewart described how his siblings were always in his corner.

“I’ve got to tell you, these guys were instrumental in supporting me, helping me get into music, and just being there for me,” he told The Sun. “Whether it was football or washing my dirty underpants, I can’t speak highly enough about these guys.”